Ask any soldier about the most essential part of their MRE, and I guarantee most of them will say either... 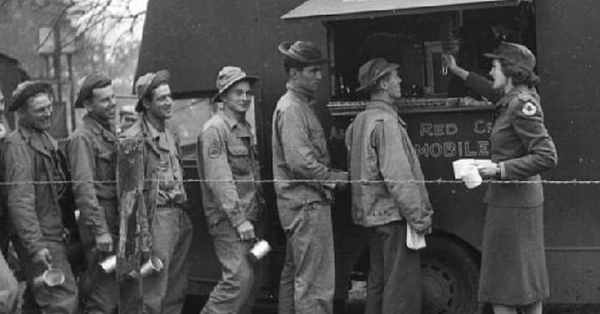 Ask any soldier about the most essential part of their MRE, and I guarantee most of them will say either the hot sauce or the instant coffee. And during World War I, the reply would likely be the same minus the hot sauce.

Coffee, now the industrial world’s caffeinated drink of choice, is as much a foolproof way to get a jolt of energy today as it was a hundred years ago. But few people realize that World War I played a major role in establishing the market for a new kind of java for troops on the march: instant coffee.

According to NPR, an American Anglo-Belgian inventor named George Washington first successfully mass-produced instant coffee and established the G. Washington Coffee Refining Company in Brooklyn, New York, in 1910. By June 1917, when America soldiers deployed  to the European theater, the Army started buying up instant coffee as fast as it could be produced.

Instant coffee was perfect for the trenches during World War I, water soluble and less likely to give a soldier heartburn than a traditional brew. E.F. Holbrook, head of the coffee branch of the Subsistence Department the U.S. War Department, found that the use of mustard gas eliminated the ability to make regular coffee, according to NPR. Only instant coffee could survive the horrors of war.

Plus, instant coffee was great for morale. The warm, rejuvenating beverage provided a sense of home and comfort to the soldiers — they consumed it just at much at home when the war was over.

“The 2,000,000 American soldiers who went overseas and there had their coffee three times a day, learned to have a keener appreciation of coffee's benefits,” wrote William Ukers in The Tea and Coffee Trade Journal in 1920, “and since returning to civilian life are using it more than ever before.”

As a result, G. Washington Coffee Refining Company continued selling its instant coffee to American veterans for nearly two decades after the war until the Swiss company Nestlé invented Nescafe and displaced the American company as the instant brew of choice

But the soldier’s love affair with coffee continued well beyond the next World War as a permanent fixture of contemporary military culture. According to coffee historian Mark Pendergrast, “the American soldier became so closely identified with his coffee that G.I. Joe gave his name to the brew.”