A video going viral this week shows a veteran of World War II’s Battle of the Bulge describing how he... 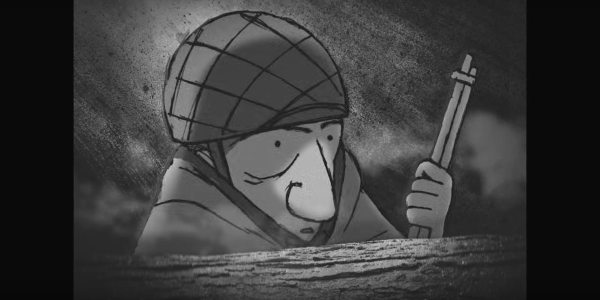 A video going viral this week shows a veteran of World War II’s Battle of the Bulge describing how he shot a German soldier, and the effect it has had on him since.

In the video, World War II Army veteran Joseph Robertson describes hiding behind a fallen tree in the Battle of the Bulge and being able to see German soldiers crossing a field from his vantage point.

“And I saw this young kid crawling up a ditch straight towards my tree,” Robertson says.

“So I let him crawl. I didn’t fire at him. But when he got within three or four foot of me, I screamed at him to surrender, and instead of surrendering, he started to point his gun towards me, which was instant death for him.”

“But this young man, he was blonde, blue eyes, fair skin; so handsome,” Robertson says. “He was like a little angel, but I still had to shoot him.”

Robertson says the shooting didn’t bother him the first night, because he was so tired, but the second night he woke up crying, “because that kid was there.”

“And to this day I wake up, many nights, crying over of this kid,” Robertson says.“I still see him in my dreams, and I don’t know how to get him off my mind.”

The Battle of the Bulge in December 1944 was the last major German offensive of World War II. German leader Adolph Hitler was attempting to split Allied forces through a surprise assault. American forces commanded by then-Lt. Gen. George Patton, however, were able to halt the German advance, despite heavy casualties.

The story was first recorded in July 2005 by StoryCorps, an organization that works to preserve and share humanity's stories through audio recordings. This recording was then animated and shared to the group’s YouTube channel in 2010.

It is certainly worth preserving. Watch below: