Apparently Tequila May Help You Lose Weight, According to Science

Do you want to shed those winter pounds before summer starts off without kicking your alcohol habit? Good news: drinking... 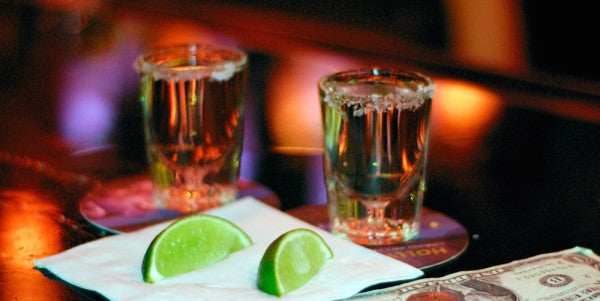 Do you want to shed those winter pounds before summer starts off without kicking your alcohol habit? Good news: drinking tequila may actually help you lose weight.

According to a 2014 study, the sugars that naturally occur in the agave plant from which tequila is made could not only aid in weight loss but also help control diabetics control their blood sugar.

“'We believe that agavins have a great potential as light sweeteners since they are sugars, highly soluble, have a low glycemic index, and a neutral taste, but most important, they are not metabolized by humans,” according to the study’s abstract.

Agavins are non-digestible, which means they act as a dietary fiber and therefore don’t impact your blood sugar, reported Daily Mail. Just avoid the margarita mix, which is loaded with sweeteners that your body can process and will turn into fat.

“Agavins are fructans, which are fructoses linked together in long, branched chains,” according to the study. “The human body can’t use them in that configuration, so they don’t affect blood sugar.”

Here’s how the study went down, according to to Independent:

To reach their conclusions, the researchers fed a group of mice a standard diet but added agavins to their water. They found that the mice who were given agavins ate less, lost weight and their blood glucose levels decreased in comparison with other sweeteners such as glucose, fructose, sucrose, agave syrup and aspartame.

But hey, at least you can still do shots. And while you you may regret the side effects of drinking tequila — like putting on a sombrero and singing mariachi tunes, forgetting what standards are, and vomiting on your front lawn at 4 a.m. — at least you won’t regret the calories in the morning.

And now, the real reason we wrote this story: to include this video of a NATO military band playing “Tequila.”