American soldiers are currently training high up in the Himalayan Mountains

Troops from the 11th Airborne Division are teaming up with the Indian Army to practice mountainous warfare. 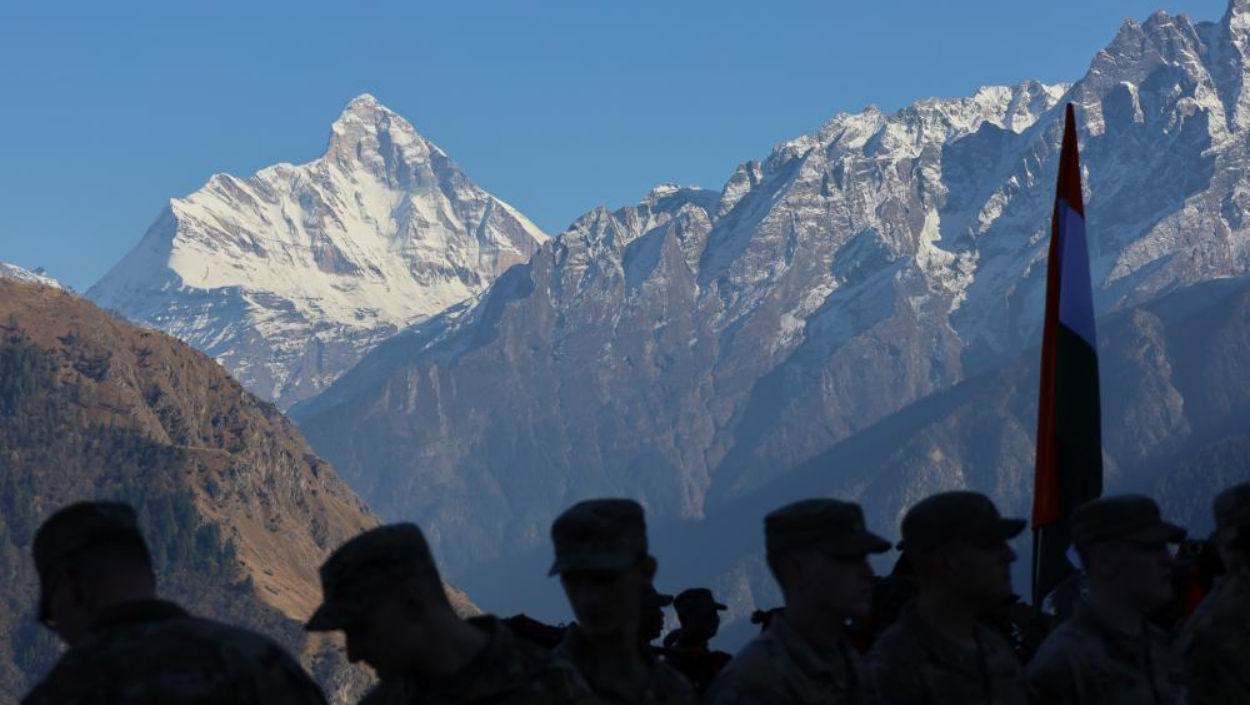 Standing in the shadow of the second highest mountain in the Himalayas is not the place soldiers in the U.S. Army likely expect to be. But for right now, that’s exactly where soldiers from the 11th Airborne Division are training near. They, along with troops from India’s army, are in the mountain range as part of Yudh Abhyas, a bilateral training exercise.

The two-week Yudh Abhyas began on Nov. 19, with a ceremony near Nanda Devi, the second-tallest mountain in the range. Soldiers were 9,200 feet above sea level, a high altitude but not as high up as the peaks of some of the mountains — Nanda Devi rises 25,646 feet. Soldiers from the 1st Squadron, 40th Cavalry Regiment, 2nd Brigade, 11th Airborne Division are participating in Yudh Abhyas 22. The squadron, based in Alaska’s Joint Base Elmendorf-Richardson, trains in cold mountainous terrain, hiking the Denali Mountain Range.

“The Denali Paratroopers, joining the [Indian Army’s 9th Assam Regiment], are aptly named for their focus on reconnaissance and mountaineering across the Arctic and Alaska’s formidable terrain – although the Himalayas will certainly be a new test, ” Colonel Jody Shouse, head of 2nd Brigade, 11th Airborne Division, said in the opening ceremony.

It’s the first time the annual exercise has been held in the mountains, and the images posted to the Defense Visual Information Distribution Service, or DVIDS, show soldiers high up in the mountain range, peaks rising up behind them. Soldiers from both sides are practicing with different weapons systems, as well as with mountain warfare skills, such as rappelling and ziplining across or down cliffs. The bilateral event has been going on since 2004.

Four officers with the 11th Airborne Division were also promoted high up on Nanda Devi this past week, a first for the Army.

Yudh Abhyas is one of several bilateral and multilateral training exercises the U.S. military holds with partners in the Indo-Pacific region. Those include naval exercises like the Rim of the Pacific, where combined forces sank a warship, and Garuda Shield, where soldiers staged massive paratrooper operations over Indonesia.  Although leaders for the most part avoid directly naming China as their adversary, operations and exercises have been designed around Chinese capabilities.

The Himalayan setting for this year’s Yudh Abhyas also has a strategic reason. India itself has been in a tense standoff with its neighbor China. In June 2020, clashes broke out between the two sides up in the Himalayas at the border. In part due to the elevation, neither side was armed with firearms, and fights devolved into throwing rocks at each other, melee combat and soldiers falling off the mountains. Tensions between the two countries have remained high.