Retired Air Force Col. Robert Certain was a navigator on the first B-52 shot down during Operation Linebacker II. 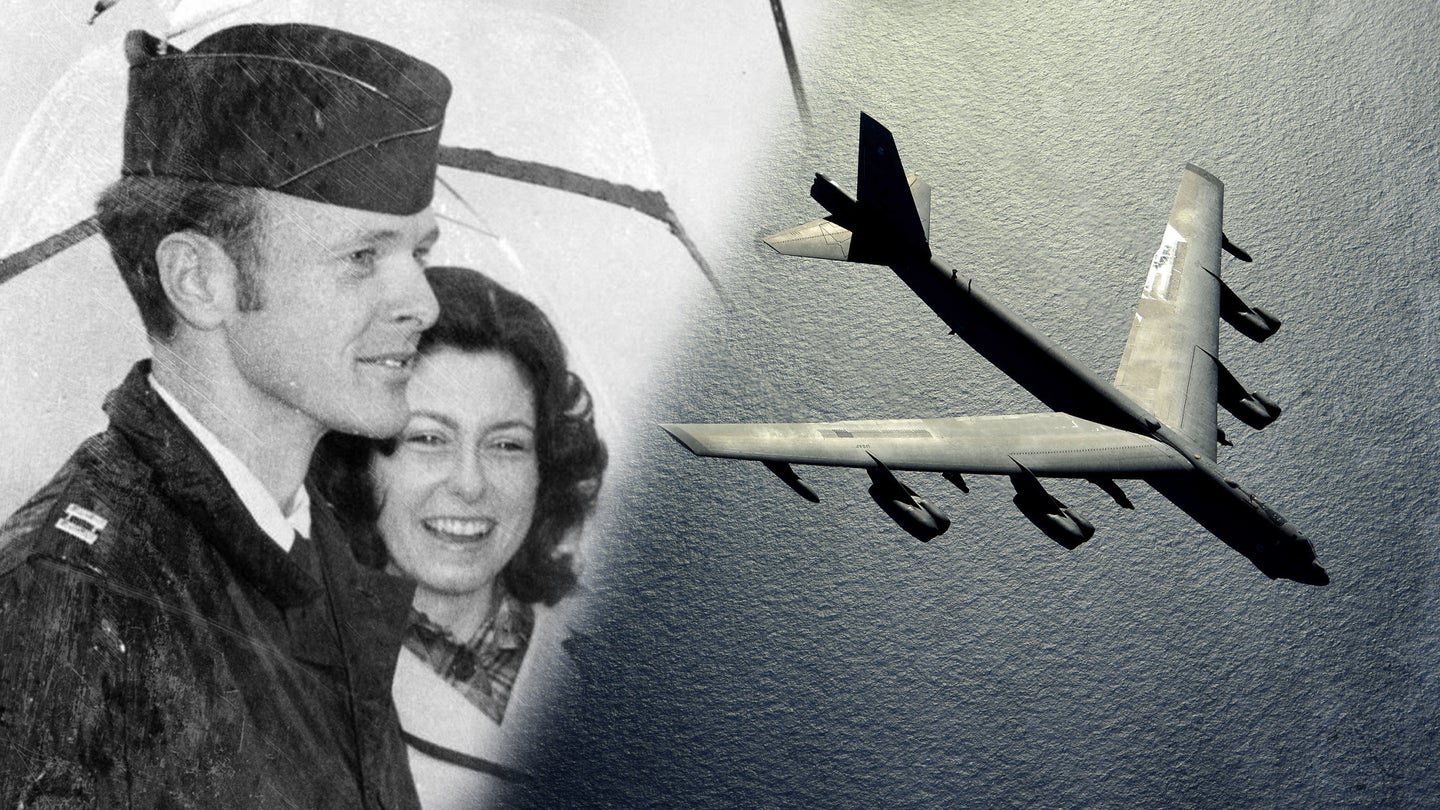 Retired Air Force Col. Robert Certain spent the last day of 1972 in a rat-filled dungeon-like section of the infamous “Hanoi Hilton” prisoner of war camp known as the “Heartbreak Hotel.”

Certain was a navigator on the first B-52 Stratofortress that the North Vietnamese shot down during Operation Linebacker II, a bombing campaign against Hanoi and Haiphong from Dec. 18 and Dec. 29, 1972 — operations were paused on Christmas Day. More than 200 U.S. Air Force B-52s took part in the operation, flying a total of 730 missions and dropping 20,000 tons of bombs.

By New Year’s Eve 1972, Certain had been a prisoner for two weeks. He and a fellow Air Force officer shared a 6-foot long, 6-feet wide cell. There was no way that Certain and the other prisoners of war could hold a ceremony to mark the coming new year because they were only let out of their cell every couple of days to empty their toilet bucket and once a week to wash.

They did not know if the bombing campaign was over yet; but given the pounding Hanoi had taken from the B-52 strikes, Certain and the other American prisoners of war felt confident that their captivity would end in the coming year, he said.

“I was on the ground for about 700 B-52 strikes in those 11 days of Christmas,” Certain told Task & Purpose. “Any time the bombing stopped; we were always a little concerned that we’d have another [President Lyndon B.] Johnson bombing halt. But we were confident that the North Vietnamese could not tolerate B-52 bombing very much longer, if at all.”

President Richard Nixon ordered Operation Linebacker II in December 1972 to pressure North Vietnam into signing a peace agreement — and to assure South Vietnam that it would continue to receive U.S. military support after the last American troops left the country.

Strategic Air Command, which oversaw the B-52 strikes against Hanoi, was forced to change its tactics after initially suffering heavy losses to North Vietnamese surface-to-air missiles.

On the first night of the operation, B-52s flew in formations that made it easier for the North Vietnamese to target. Aircraft commanders were also ordered not to take evasive action to outmaneuver enemy missiles or fighter aircraft.

Certain recalled for a 2021 video how B-52 crews were briefed before the first mission that planners expected that 10% of the bombers to be shot down, but no search and rescue aircraft would be available. Any airmen forced to bail out over enemy territory were on their own.

As Certain’s bomber approached its target that night, the electronic warfare officer did not detect any incoming threats. The B-52 opened its bomb bay doors and Certain started his stopwatch as a backup in case anything went wrong — and then all the plane’s radar went dead.

Certain motioned to the bombardier that they needed to drop their bombs. Then he ejected from the stricken bomber and went into freefall from 35,000 to 15,000 feet until his parachute opened.

In a recent interview with Task & Purpose, Certain recalled how as soon as he touched down in enemy territory, he was attacked by civilians, including a woman who hit him with a rock in her hand, knocking him off his feet. Four North Vietnamese militiamen with AK-47s who marched him to captivity also had to protect Certain from civilians who threw rocks at him.

Certain’s captors repeatedly threatened to kill him until they reached the Hanoi Hilton. But on Dec. 19, the North Vietnamese paraded him and other prisoners of war in front of the foreign press, including European news photographers. Knowing that his picture would soon be transmitted by the wire services to newspapers gave Certain some degree of confidence from that point on that the North Vietnamese would not execute him, he said.

Throughout his captivity, Certain kept true to the Code of Conduct for prisoners of war, which includes not giving the enemy information. During one interrogation, the North Vietnamese asked him if his B-52 had an electronic decoy missile onboard known as a “Quail.”

At the time, Certain was blindfolded, tied up, and standing in his skivvies on a cold concrete floor. He was surprised that the North Vietnamese knew about the Quail, so he tried to evade the question.

“I said, no: I think the co-pilot had fried chicken and the gunner had roast beef. I don’t think anyone had Quail,” Certain recalled.

That is when one of Certain’s interrogators hit him on the side of his head with a rifle butt and told him: “Not bird Quail — missile Quail.”

Despite the beatings and other ordeals that he endured, Certain survived 101 days of captivity and was ultimately released on March 29, 1973.

Following Linebacker II, the United States, North Vietnam, and South Vietnam signed the Paris Peace Accords on Jan. 27, 1973, which formally ended the war. However, South Vietnam’s fate was sealed that August when Congress banned any funding for combat operations “in or over or from off the shores of North Vietnam, South Vietnam, Laos or Cambodia.”

Congress also cut funding for military aid to South Vietnam in half during the months leading up to the fall of Saigon on April 30, 1975.

Historians have since debated if Linebacker II was necessary to get North Vietnam to sign the Paris Peace Accords, but the American prisoners of war who had been in captivity knew as soon as the U.S. Air Force committed its B-52s against Hanoi that the war was nearing its end.

“The old prisoners have told many times that when they heard those first series of bombs going down on the 18th of December, at first they thought it was a thunderstorm coming their way,” Certain said. “Then they realized it was so regular that it had to be B-52s — and when they realized it was B-52s, they knew they were going home because Strategic Air Command had always refused to allow BUFFs [Big Ugly Fat F**kers] to go that far North.”

“So, they were all cheering and patting each other on the back and celebrating that first night,” he continued. “By New Year’s Eve, we were confident that we would be going home soon.”