An official investigation found she "violated the standards" in Army regulations. 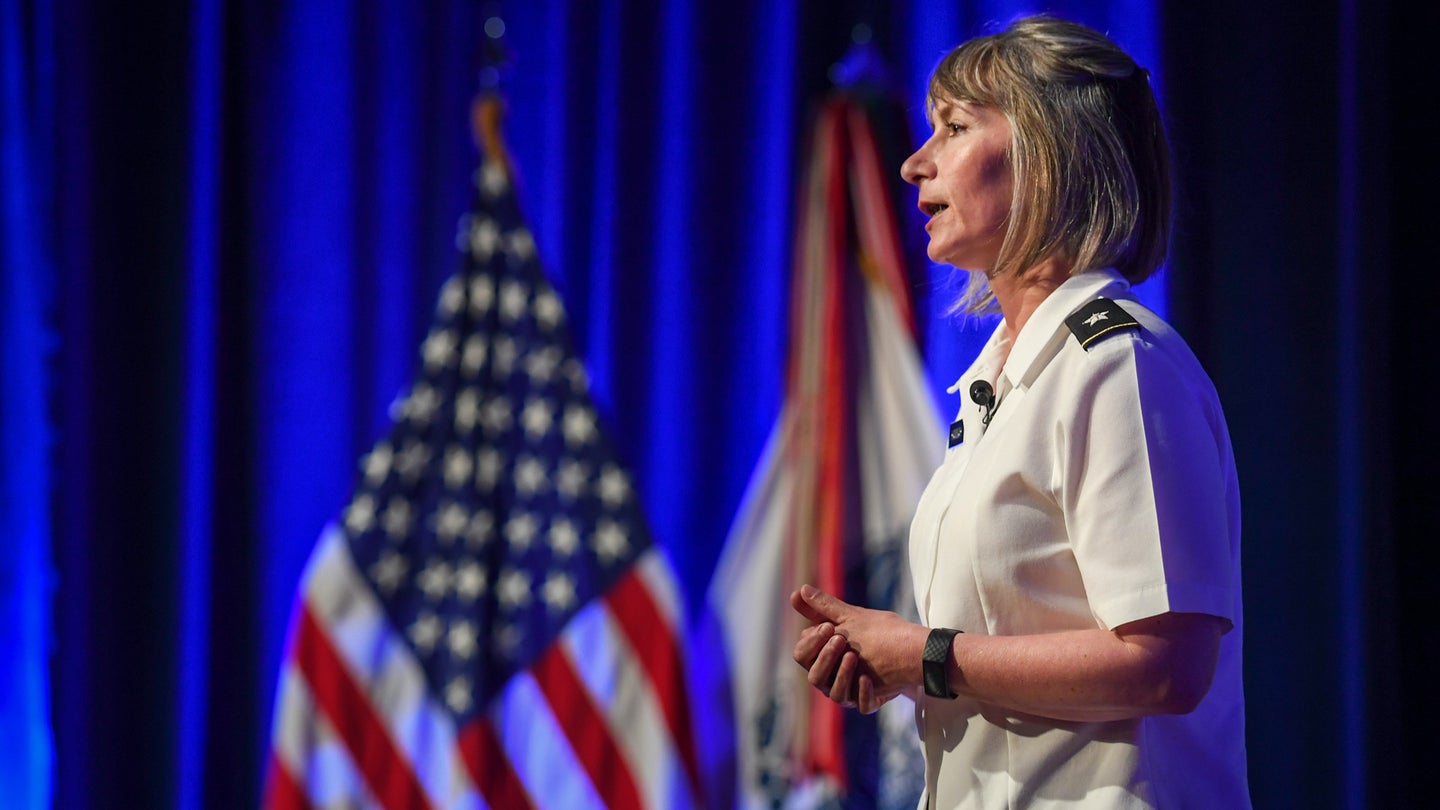 An Army one-star general who was overwhelmingly accused of creating a hostile workplace in a command climate survey last year is retiring.

An Army Inspector General investigation found that Brig. Gen. Amy Johnston, formerly the chief of Army public affairs, “violated the standards set forth in Army Regulation 600-10,” an Army spokesperson said on condition of anonymity. Johnston has since received a general officer memorandum of reprimand, the spokesperson said, and is “preparing for her approved retirement.”

The news was first reported by Army Times.

A general officer memorandum of reprimand — called a GOMOR — can be career-ending for soldiers depending on which of their personnel files it is placed in. However, it’s unclear what impact it will have on Johnston’s retirement. The spokesperson confirmed Johnston would be retiring as a one-star general.

Issues with Johnston’s leadership first came to light in a command climate survey in which 97% of people surveyed in the office reported a hostile work environment. Of the soldiers in the office, 100% of those surveyed said the public affairs office was a hostile workplace — an unusually unanimous opinion. As one Army officer who previously spoke to Task & Purpose put it: “I was in a unit one time where people were volunteering to go to Iraq to get away from a commander. But I don’t think you would have gotten 100%.”

Seven sources who spoke to Task & Purpose about the climate in the Army’s Office of the Chief of Public Affairs, referred to as OCPA, said they experienced or witnessed verbal abuse from Johnston, who gave inconsistent guidance and had standards that seemed impossible to meet. One officer said there was a “consistent problem with inconsistency” from Johnston. Another officer said Johnston made her feel “worthless” and “constantly beat [her] down.”

“I was like, I don’t know what to do. I can’t handle this anymore,” the officer told Task & Purpose, recalling what was her breaking point in the office. “Nothing I do is right. Everything I do is wrong. She gives guidance one way and then turns around and tells you that’s not what she said … And all along I’m trying to keep it together, because it’s a professionalism thing. I don’t want to be seen as weak.”

However, the sources also said that the climate in the office and problems with Johnston were reflective of the service’s disregard for the public affairs field in which they worked. They said the office was often under-resourced which left the staff — primarily field grade officers — overworked, and fighting for information to do their jobs among other Army generals and officers who don’t prioritize public affairs.

Johnston was under intense pressure, one source in the office said, not just because the Army often puts public affairs “on the back burner,” but because she was a one-star attempting to get information from more senior general officers in the Pentagon.

“You put a one-star in charge of public affairs, and you’re expecting them to corral two-, three-, and four-stars who won’t listen to her?” another officer said. “Do you think that’s really fair?”

The news of Johnston’s retirement comes just days after another senior Army leader in the Pentagon was suspended amid an Inspector General investigation of toxic leadership. Lt. Gen. Duane Gamble, the Army’s deputy chief of staff for logistics, referred to as the G-4, has been under investigation since November 2020. He was suspended last week.

Sources directly familiar with the culture of the G-4 office explained that Gamble’s behavior included bullying and racist comments, and created a toxic environment. Sources also voiced concerns that Gamble would be allowed to retire and avoid any repercussions — something they said more junior officers or enlisted soldiers would never be able to get away with.

“If this was a [colonel], or lieutenant colonel, or a major, or a captain? They wouldn’t be in the Army,” an Army veteran familiar with the matter said of Gamble. “To me, to allow this to have gone on this long is a travesty.”

As of last week, Gamble had not been approved to retire. While Johnston has been, it’s unclear when that will happen or who will take her place as the top Army spokesperson.