This National Guardsman tore through Ranger, Airborne, and Air Assault schools in a single year

But is he green on the online training tracker? 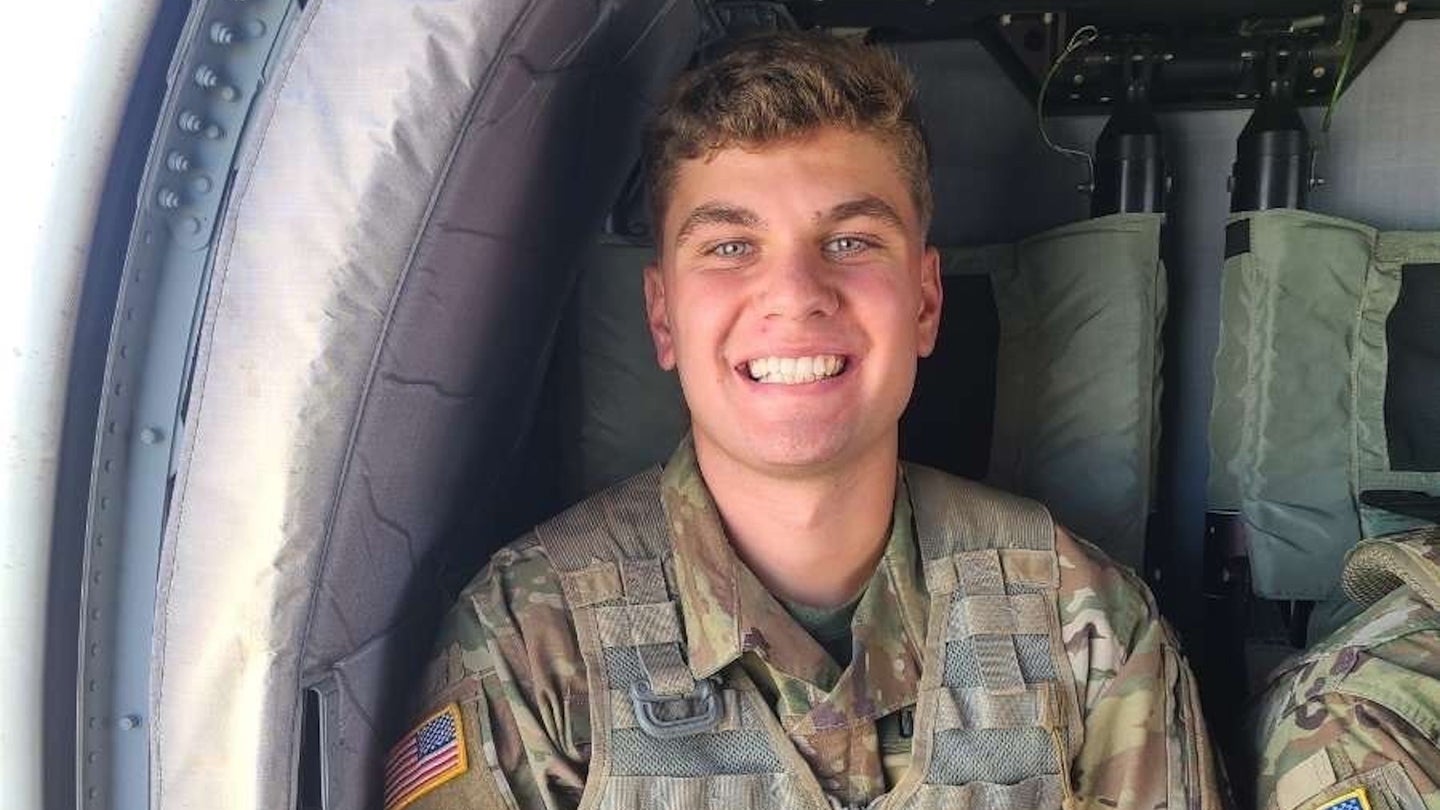 Pfc. Cooper Hayes has had a busy year. In the past 11 months, he has graduated from the U.S. Army’s Ranger, Airborne, and Air Assault schools while assigned to C Company, 2-116th Combined Arms Battalion — the sole infantry company in the Idaho Army National Guard.

Hayes, currently enrolled as a student at Boise State University in Boise, Idaho, enlisted in the Guard in October 2021. He took a semester off from school to complete his One Station Unit Training (OSUT) as a light infantryman at Fort Benning, Georgia, graduating on June 17. While there, he was offered the chance to attend Ranger School after OSUT.

“I wanted to challenge myself and be the best Soldier I can be,” Hayes said in a recent press release. “So I decided to take another semester off and go to Ranger School. It sucked in the moment, but it’s the most rewarding thing I’ve done in my life.”

After completing six weeks of pre-Ranger training, he started what is widely considered one the toughest schools the Army offers. On average, less than 50% of candidates make it past the first phase of the school, which is headquartered at Fort Benning. From 2016 to 2018, the overall graduation rate was between 36.8% and 41.9%.

“The hardest part for me was coming straight out of basic training and then working with officers, with people that might have 10 years of experience,” Hayes told Task & Purpose. “But I was able to adapt pretty quickly.”

Hayes managed to pass all of the school’s phases – Benning, Mountain, and Florida – without recycling any of them. Sixty-one days later, on October 14, he received his Ranger Tab. He then immediately went to Airborne School, graduating on November 4.

“While I was on my way out of Benning, I heard there was going to be a chance to go to Air Assault School there, so I went back home for a couple of weeks to get ready for that,” said Hayes.

He returned to Fort Benning and graduated from Air Assault school earlier this month, on December 9.

Passing just one of these schools — let alone all three in quick succession — is quite an accomplishment, especially for members of the National Guard, where resources and training time are more limited than their active duty counterparts.

“We have a handful of people we send to Ranger School every year,” said Maj. Robert Taylor, a spokesperson for the Idaho Army National Guard. “But it’s a rare opportunity, and the fact that he was able to complete all those schools in one year is very impressive.”

With two shiny new badges on his chest and a tab on his shoulder, Hayes wraps up an impressive year of training and arguably steals the crown from National Guard Special Forces soldiers as the king of guard bums.