Baked To Death In A New York City Jail Cell: The Heart-Wrenching Story Of A Marine Veteran

Jerome Murdough was a Marine who didn’t have to die. Discovered in a residential building and thrown into a broken... 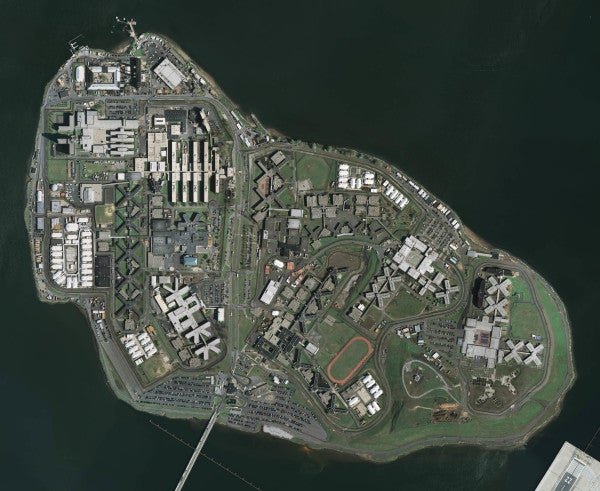 Jerome Murdough was a Marine who didn’t have to die.

Discovered in a residential building and thrown into a broken down sweatbox of a cell at Rikers Island last month, he was left to slowly roast on a concrete floor and died from dehydration and heat in excess of 100 degrees. He was given neither the water nor the basic medical attention every human being has a right to. At some point, he had to realize that no one was coming for him. His guards would find his lifeless body not long after.

It sounds like this could have happened in some far off land torn by war, that he was the victim of a mission gone wrong and some ragtag insurgents striking out in their latest coup on the West. It was none of that; he died while in custody at Rikers Island, a New York City jail. He was 56 years old and a homeless veteran.

Murdough had been arrested in a Harlem housing project on a cold winter night last month. His crime was misdemeanor trespass for falling asleep in a stairwell landing. A week after his arrest, he was moved to the mental health ward of Rikers, where he was supposed to be visually accounted for every fifteen minutes under their current suicide watch protocols, according to the Associated Press. He was, however, left unchecked for four hours in a cell with a broken heating unit that was known to not turn off and had turned the cell into an oven. By the time corrections officers did check on him, Murdough had perished.

Sadly, this story is indicative of how dealing with homeless veterans continues to fall right in line with the country’s existing policies of warehousing the mentally ill within the justice system, instead of designating alternative mental health resources. In short, our corrections industry is correcting nothing. Case in point, Murdough was taking medication for schizophrenia and seizures. He was in custody for a week; his condition most certainly would have been known and was obviously not considered. Since those kinds of prescriptions don’t generally write themselves, shouldn’t someone in a position of authority have been able to contact a doctor, social services agency, or even a family member to whom he could have been released on bail instead of being incarcerated? If nothing else, this kind of policy would go a long way toward alleviating the overcrowding in jails we always hear about. The U.S. Department of Housing and Urban Development estimates that 12% of the adult homeless population is made up of veterans, and of that population, more than 50% suffer from mental illness and/or a physical disability. On any given night in America, that’s just fewer than 60,000 homeless veterans, with roughly 23,000 of those living out in the elements. Are we to just round them all up and put them behind bars?

Efforts to help reverse this trend often meet with an unceremonious and bureaucratic end, however. In a related turn of events, the old Pelham Grand Building in the Bronx has, for a third time, been turned down as shelter for homeless veterans and low-income residents just this past week. Both the City and Services for The Underserved, the development agency in charge, won’t finance and execute the needed renovations and management plan unless it’s a multi-use building for the homeless, mentally ill, and veterans alike. The tax-paying community simply will not allow a mixed-use facility, according to Bronx Assemblyman Michael Benedetto. The problem again becomes one of, “not in my back yard.” Much lip service is paid to expanding support for returning veterans, but little actual sweat is expended in order to do so. No one wants to put any skin in the game. So we just keep throwing those in need of life saving services down a hole and hope for the best.

The whole issue is one that seems to get very little traction in this country. Maybe more than a decade of war has given us compassion fatigue, and that’s probably a fair point. There seems to be a pervasive attitude that has taken hold within our political system, though, that anyone in need got there as a result of his or her own failings. Even if this is true in some cases, do we really want to participate in a society that allows people to bake to death because of it? That enables a culture where our servicemen and women die on the floor of a jail cell? It’s true, Jerome Murdough was no stranger to the justice system, but he was no hardened criminal either. He drank. He drifted in life. But instead of stopping to look at the possible causes behind that behavior, we as a society chose to put him and those in similar fashion out of sight and mind.

He could have been treated with the respect that any human being deserves, but fell through cracks that are unacceptably large. When my unit was deployed to Iraq, it was drilled into us that we were representatives of our country. We were told repeatedly to treat the civilian population with the courtesy we would want our own mothers treated. We don’t do that here. Don’t believe me? Alma Murdough found out her son had died a month after the fact, only when the Associated Press called her to follow up on the story.

The voting public has always been more than happy to stand shoulder-to-shoulder with us as we march onto that plane that’ll take us to war, despite whether they agreed with the politics or not. But when we come home and maybe need a little more support landing on our feet, we’re told to go somewhere else. Not in our neighborhood. But if not yours, then whose? What’s changed? It’s a complex situation, to be sure, so maybe we can meet in the middle. Open up veteran housing and rehabilitation services in exchange for a community volunteer corps. Have those receiving state services work to “gentrify” the very neighborhoods that take them in, instead of having outside developers do it. You gain return on investment and they gain meaningful work experience and self worth. I won’t pretend to be an expert on the myriad issues and processes involved, but there has to be a better way to help our veterans receive basic things like a roof over their head and the health services they need. I get it, most of us have a hard time affording healthcare for our own families. But if we can build a new social service model in this country through helping our returning service members, then we can easily scale that up to the tens of thousands more that will benefit from it as well. It needs to be done. Veterans have helped lead the way on every social and economic issue for generations. And we never leave our own behind.

Correction: A previous version of the article misstated the name of the author. It was written by Daniel Gorman.