This Marine survived a sniper shot to the head in Iraq. He spent the rest of his life fighting for others

He was a war hero revered by audiences and U.S. Presidents alike. 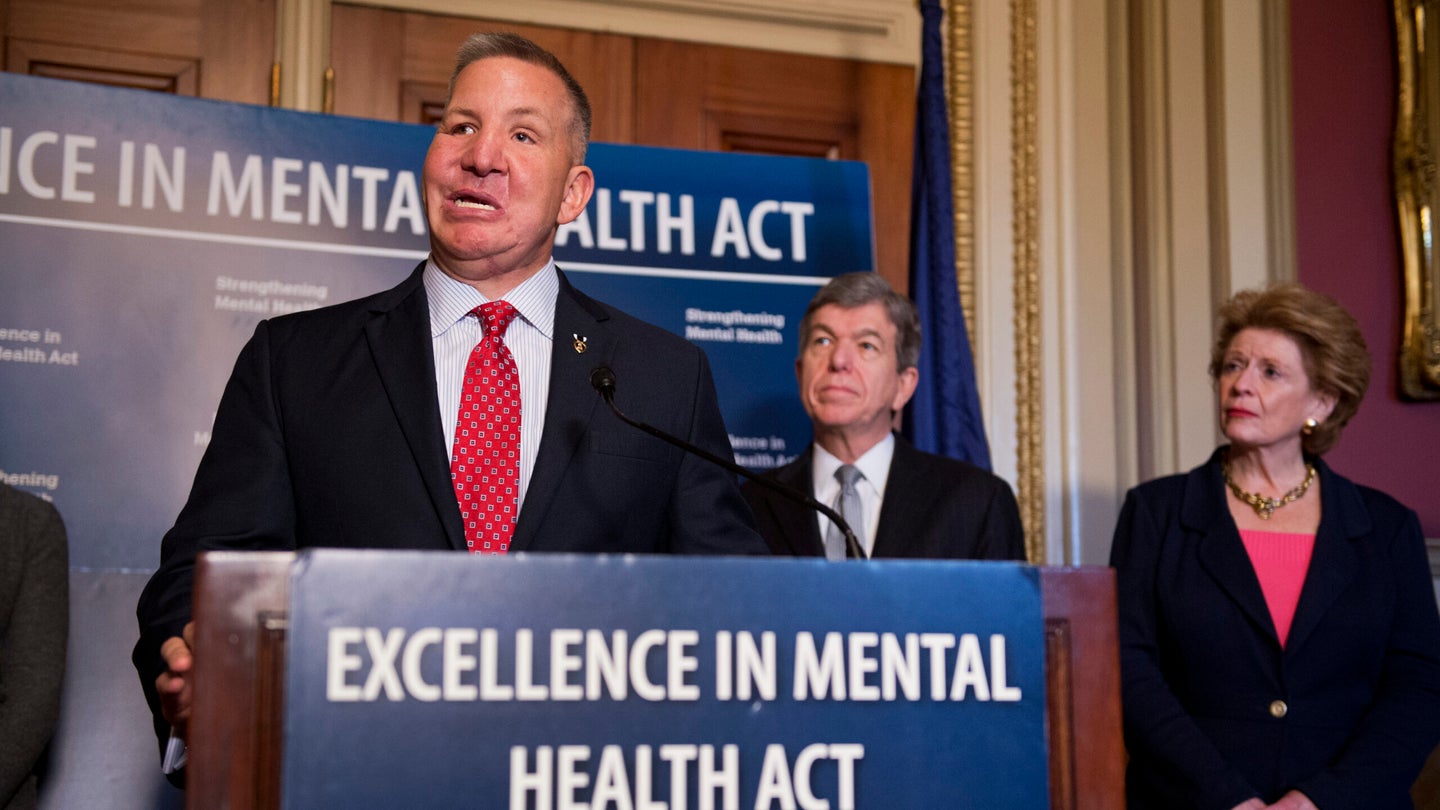 UNITED STATES - DECEMBER 18: Justine Constantine, a wounded Iraq Marine veteran, along with Sens. Roy Blunt, R-Mo., and Debbie Stabenow, D-Mich., conduct a news conference in the Capitol to urge passage of the Excellence in Mental Health Act. The legislation would expand access to mental health services and help ensure treatment to individuals who suffer from it. (Photo By Tom Williams/CQ Roll Call).
SHARE

I did not want to write this piece. Hundreds of people did not want me to write this, either. Putting these words to paper means that Marine Corps Lieutenant Colonel Justin Constantine is no longer with us. Justin passed from prostate cancer earlier this month.

Those familiar with Justin’s story know him as the wounded warrior who miraculously survived a catastrophic combat injury in Iraq. On Oct. 18, 2006, highly-skilled Navy Corpsman George Grant performed an emergency battlefield cricothyroidotomy on Justin after a sniper’s bullet entered behind his left ear and exited his mouth.

Justin’s recovery was lengthy and included dozens of reconstructive surgeries. His injury transformed him physically and intensified the passion for service that already burned within him.

I met Justin three years after his injury while working in the U.S. Senate on Veterans’ policy. Like many other people who knew him, I was immediately impressed by his character, perseverance, mental fortitude, and impeccable credentials.

The more I learned about Justin, the more I appreciated him. I respected and admired the war hero revered by audiences and U.S. Presidents alike.

Yet Justin was so much more than his valiant service record. He was equal parts serious and self-deprecating. I treasure the candid moments we shared, especially now.

As a twenty-something on the Hill, my peers and I would gossip around the water cooler about The Real Housewives of Atlanta. Unbeknownst to us, the grizzly Marine a decade our senior was also an avid fan.

Justin would randomly shout the famous Housewives catchphrase, “Who gone check me, boo?!” in the lull of the workday, causing the otherwise desolate cubicle farm to erupt in laughter. He and I inhabited a small workspace and developed a bit of a big brother/little sister dynamic. He would roast me with his dry wit. I would remind him how old he was.

I often lamented to him about my lack of romantic prospects – even more so after meeting his accomplished, gorgeous, and kind wife, Dahlia. I, too, was eager for my fairy tale ending, and Justin was happy to play matchmaker. I agreed to a blind date, with a guy that Justin vouched for enthusiastically. I was optimistic until I met my suitor – a recently divorced military man with children my age. It was not a match. When I explained my reasoning to Justin, he was incredulous: “But you said you wanted a nice guy! He is a nice guy!” Classic Justin. He always saw the good in people.

Justin even forgave me for vomiting in the backseat of his car after the funeral of a mutual acquaintance who was killed in action in Afghanistan. Overcome with emotion, I could not roll down the window in time and missed the plastic bag Dahlia and he frantically tried to pass to me. They walked me to my door and ensured that I was in a much better emotional state before they left. Justin and Dahlia were the definition of a class act.

Lunch was another pastime we shared. As a result of his injury, Justin used a bib and straw to eat. He would taunt me, a vegetarian, by singing the Arby’s jingle. I would call him a big baby. We enjoyed poking fun at each other’s insecurities because we both understood the heaviness of trauma, albeit in very different ways. Our lighthearted jabs were a way to stave off the darkness. Humor was a respite from the pain.

We also both believed in the power of paying it forward. After leaving the U.S. Senate, Justin had an illustrious government career; he also founded a motivational speaking practice, co-founded a non-profit organization focused on military spouse and veteran employment initiatives, and authored multiple books about leadership. Justin used his story to empower others and to go beyond the perception of what was possible. He was my friend, mentor, and the epitome of leading by example. I am grateful for the significant influence he had on my personal and professional life.

My heart aches for Dahlia, Justin’s family, and others reeling from his loss. I regret that Justin will never meet my partner, a Naval officer much closer to me in age. I can only imagine the vicious interbranch rivalry that would have ensued – but I think Justin would have approved.

When I think about Justin this Memorial Day, I will recall his wry smile, generous spirit, and enormous impact. I will grill up a juicy plant-based burger, watch an episode of The Real Housewives, and help carry his legacy forward.