The founder of Grunt Style says that he was abruptly fired from the company he helped build, which placed his family in dire straits after they were left without medical coverage amid health complications. However, the popular military and veterans apparel company has pushed back publicly on his claims. 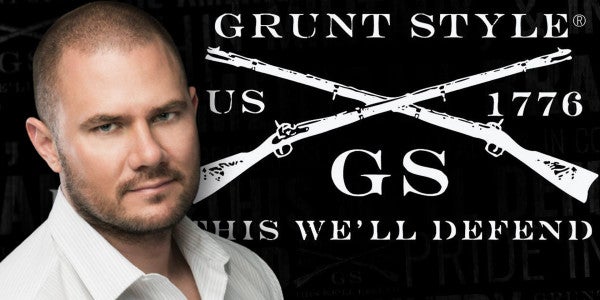 Grunt Style, a popular military and veterans apparel company, is publicly pushing back on claims that the company's founder had been abruptly fired and left in dire straits after his family was left without medical coverage amid health complications.

The internal dispute came to light when Daniel Alarik, an Army veteran who launched Grunt Style in 2009, claimed in a GuFundMe post that “just a few weeks ago, we got the news that I was being terminated from the company that we founded and built.”

“We were devastated and shocked,” Alarik wrote. “We still are, especially since no reason was given to us. But the new leadership that came with the outside partners made their decision. This left us with no job, no income, no healthcare premium coverage.”

The GoFundMe account was set up on Sept. 21 to help with mounting medical expenses related to his wife's “continued cancer treatment and one of our son's special needs,” Alarik said. The crowdfunding campaign rapidly made the rounds online and is no longer accepting donations now that they've reached their funding goals.

On Sept. 23, Grunt Style responded to Alarik's claims on Facebook, where it has an audience of some 2.9 million followers.

“While we respect the Founder, former CEO and current Chairman of the Board, and single largest individual shareholder of Grunt Style, we vehemently disagree with how this situation has been handled on his part and the continued damage he is inflicting upon the brand,” reads the post.

The two statements — Alarik's and Grunt Style's — offer conflicting narratives, with Alarik claiming that “in 2019, we had an outside partner come into the business, which forced me to be removed from the CEO position and I lost control of the company that we started.”

“The company was in a financial crisis that began years prior and a transaction occurred allowing the company to continue to operate,” reads the statement. “Daniel stepped down as CEO but still remained as a lead executive of the company. Daniel assumed the role of Chairman of the Board where he continued to have a voice in the company’s overall direction.”

Grunt Style stated that between February and August of this year Alarik was “actively pursuing other projects unrelated to Grunt Style,” and that his “participation and attitude towards many in the company deteriorated creating a hostile environment for our team members.”

Grunt Style's statement goes on to say that Alarik was notified that his employment would be terminated on Aug. 31, at which point he “emailed a 59-page manifesto to the entire company, undermining the leadership team.”

The Facebook post was accompanied by a screenshot of an email exchange between Alarik and unidentified recipients. The email appears to show that Grunt Style had offered to provide health care coverage for an indeterminate amount of time.

“Daniel announced a GoFundMe campaign and accused the Company of canceling healthcare when he knew the Company offered,” reads Grunt Style's statement. “Daniel not only exceeded his [GoFundMe] goal, he also managed to incite a boycott of the very company he founded and will eventually have a potential of making millions off of.”

Grunt Style's most recent Facebook post is a mixed bag of reader reactions with some praising the company for being transparent, while others offered criticism for appearing to attempt to use health insurance as a bargaining chip.

“So you offered him insurance but basically used it as leverage? It appears it was not out of kindness but more a form of quid pro quo,” one person wrote.

According to the San Antonio Express-News, an earlier Facebook post by Grunt Style addressing Alarik's claims was removed, citing “privacy concerns,” after it was flooded with more than 1,500 responses.

Neither Grunt Style nor Alarik responded to Task & Purpose's requests for comment.