“This case is about more than federal firearms law." 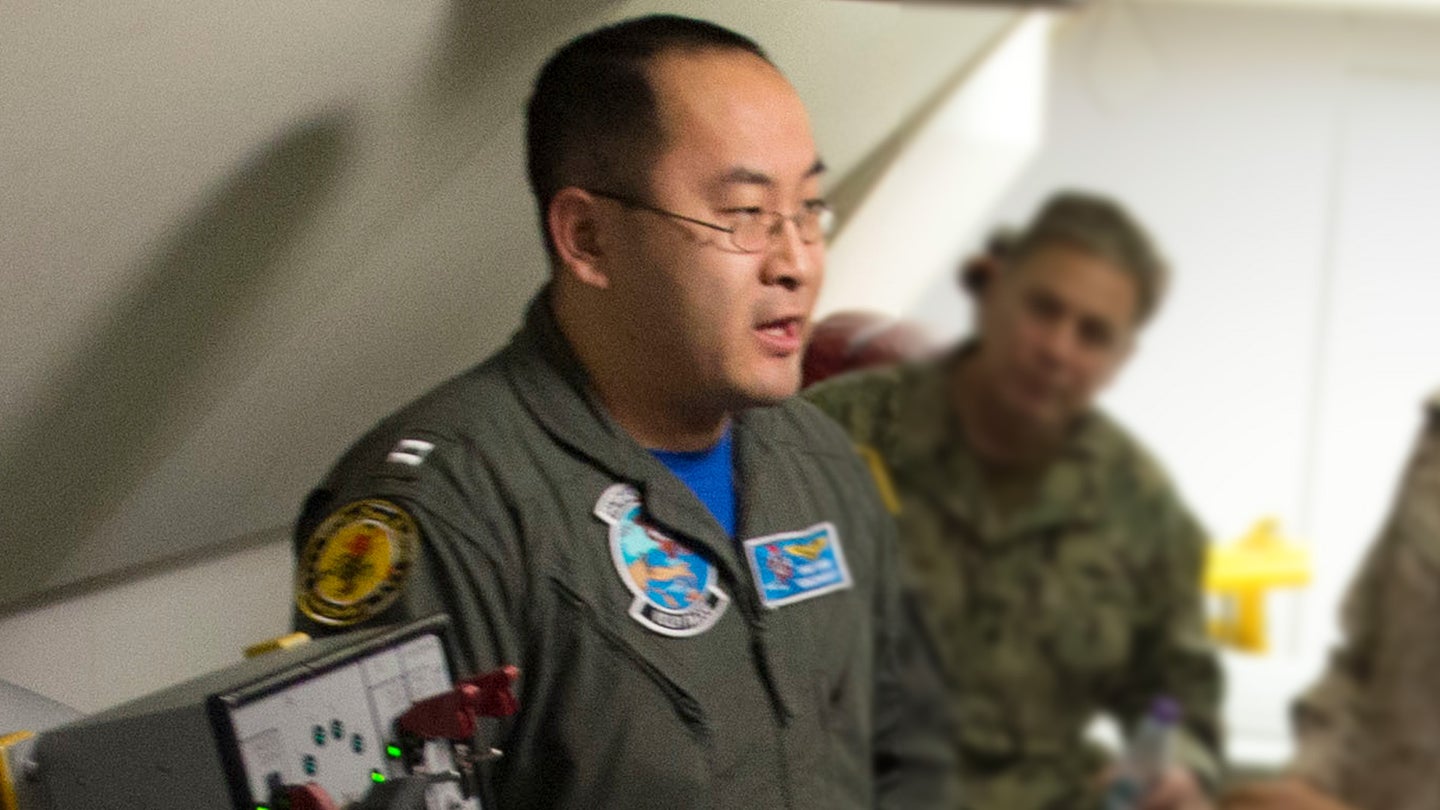 A Navy officer will serve four years in prison after being convicted of selling weapons to a Chinese national convicted of conspiring to smuggle military engines and small boats to China.

Lt. Fan Yang, 37, was convicted last November and sentenced on Wednesday. Trained as an anti-submarine warfare officer, Yang had flown on the P-8 Poseidon aircraft.

Fan Yang and his wife, Yang Yang, concealed their relationship with Chinese businessman Ge Songtao and his assistant Zheng Yan, whose company Shanghai Breeze Technology Co. Ltd. purchased maritime equipment in the U.S. designed for military and law enforcement use. Yang also purchased two weapons for Songtao, concealing these actions when applying for a security clearance.

“This case is about more than federal firearms law. It’s about a former naval flight officer with top-secret security clearance and trained in anti-submarine warfare, who lied about his connections to the People’s Republic of China on U.S. government employment forms,” said Assistant Director Alan E. Kohler Jr. of the FBI’s Counterintelligence Division.

Born in China and emigrating to the United States in 1999, Fan Yang initially served in the Navy from 2005 to 2007, becoming a naturalized citizen in 2006. After obtaining a degree in electrical engineering, Yang returned to the Navy as a flight officer in 2012.

Before commissioning, though, Fan Yang formed a relationship with Ge Sontao, with the two eventually meeting in person in 2013, while Yang was in flight training in Pensacola, Florida. Three years later, while Fan Yang was stationed in Jacksonville, Florida, he recommended that Songtao hire his wife, Yang Yang, at Shanghai Breese Technology Co. Ltd. Yang Yang received more than $300,000 over the next three years. Ge Sontao pled guilty in 2020 to using the company to try and export “special forces maritime raiding craft and engines” to China.

In 2017 and 2018, Fan Yang also purchased two handguns, a Sig Sauer 9 mm pistol and a Glock 9 mm pistol, for Songtao at his request, lying on Firearms Transaction Record about the nature of the purchases. If anyone was doubting who the pistols were for, however, they were reportedly detailed with the engravings of Sontao’s initials – “G.S.T.” – and the phrase “Never Out of the Fight.” Indeed.

F.B.I. investigators also stated that Songtao had sought out weapons training from “tactical instructors with prior military experience” in the past.

The scheme began to unravel in 2019, when Fan Yang submitted paperwork for his security clearance while assigned as a Maritime Patrol and Reconnaissance Weapons School in Jacksonville, Florida. In doing so, Yang had, essentially, neglected to disclose all of the above. Yang Yang, Ge Sontao and Zheng Yan all pleaded guilty to various charges in 2020.

While a few Zodiac boats and a couple of engraved pistols may not seem like much, at least we know that someone is checking all those endless pages of documents required to acquire a security clearance.

Correction: The original headline for this article described Lt. Fan Yang as a “Navy pilot.” That is incorrect. Yang served as a naval flight officer. The headline has been corrected.