US launches strikes on Syrian prison captured by ISIS

U.S. forces spent the weekend reinforcing an ongoing battle to recapture a prison in northern Syria that was attacked by Islamic State group fighters. 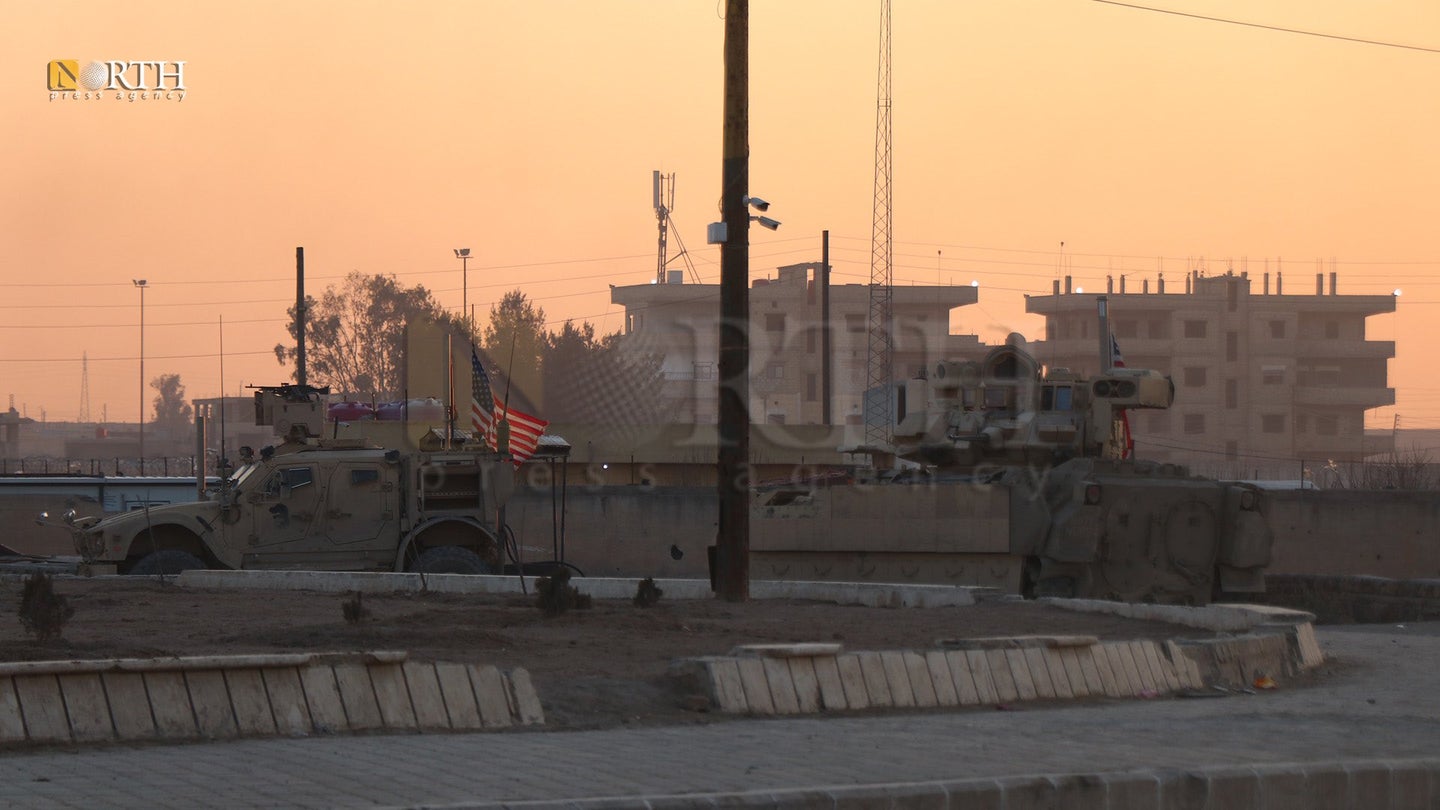 U.S. forces spent the weekend reinforcing an ongoing battle to recapture a prison in northern Syria that was attacked by Islamic State group fighters.

The attack on the prison in the Kurdish-held city of Hasakah began on Jan. 20 with a series of car bombings, triggering a riot by detainees there, according to The Washington Post. The prison complex is the largest in northern Syria, with nearly 3,500 ISIS prisoners.

“Many Daesh detainees seized arms from prison guards whom they murdered and subsequently engaged SDF quick reaction forces,” said Maj. Gen. John Brennan, commander of Combined Joint Task Force Inherent Resolve, the anti-ISIS coalition operating in northern Syria, in a statement on Sunday using a pejorative term for the group. “Unlike Daesh, the coalition has taken great measures to ensure the humane treatment of detainees, but when ISIS detainees took up arms, they became an active threat, and were subsequently engaged and killed by the S.D.F. and coalition airstrikes.”

According to The New York Times, more than 600 detainees under the age of 18 were at the prison at the time of the uprising. “The children were in a special rehabilitation section inside the detention center” and include Syrians, Iraqis and “about 150 non-Arab foreigners,” the Times reported.

Footage shared to social media appeared to show U.S. Apache helicopters and F-16 jets conducting strafing runs and firing on ISIS forces as the SDF attempted to retake the prison facilities. Tanks and other armored vehicles have also been deployed as part of the fight.

On Friday, Pentagon spokesman John F. Kirby confirmed the airstrikes were part of an ongoing operation to contain the prison riot.

The attack represents the largest operation carried out by ISIS since their seeming defeat in 2019, when their last major strongholds in northern Syria and Iraq were recaptured by coalition forces. The U.S. mission in the region has endured, however, perhaps another “forgotten war” and an ongoing continuation of the War on Terror mission.

While the Pentagon would only confirm rotary and fixed wing airstrikes as part of the U.S. participation in the fight, local reporting appeared to show U.S. forces on the ground. The Pentagon did not respond when askedwhether U.S. troops were taking part in the ground operation.

However, the statement from the Operation Inherent Resolve task force did note that “Coalition forces conducted real-time surveillance during the event, and conducted a series of strikes throughout the days-long operation, to include precision targeting of Daesh fighters who were attacking the SDF from buildings in the area.” The release also states that “the Coalition retains the right to defend itself and partner forces against any threat.”

Bradley fighting vehicles and other armored vehicles flying American flags were pictured advancing on the prison complex. Elsewhere, what would appear to be U.S. special operations personnel were filmed taking up positions around the prison complex.

On Monday, SDF spokesman Farhad Sharmi said that the SDF was consolidating its positions around the prison complex, and that it had taken 300 prisoners. It was also reported that 22 SDF fighters and 45 ISIS members had been killed in the battle, along with 110 prisoners recaptured.

Update: A United States Central Command spokesperson has since confirmed that U.S. forces have been “providing perimeter security to the SDF” during operations in Hasakah.