US Strategic Command chief: Ukraine ‘just the warmup’ for ‘the big one’ with China

The question is: is the United States ready for it? 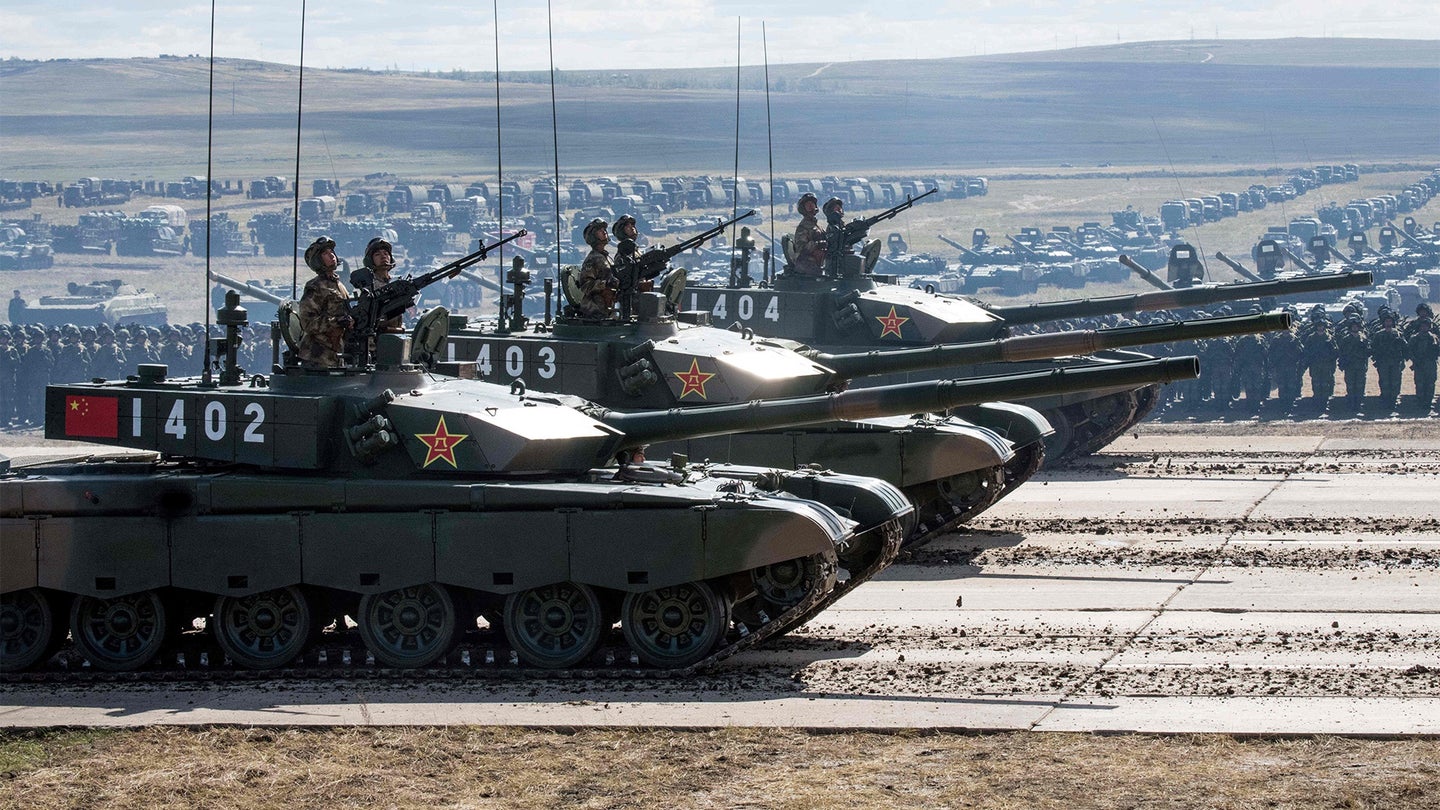 Chinese tanks parade at the end of the day of the Vostok-2018 (East-2018) military drills at Tsugol training ground not far from the borders with China and Mongolia in Siberia, on September 13, 2018. (MLADEN ANTONOV/AFP via Getty Images).
SHARE

The head of U.S. Strategic Command did not mince words last week when discussing a potential future conflict between the United States and China.

Speaking at the Naval Submarine League’s 2022 Annual Symposium & Industry Update on Nov. 3, Adm. Charles A. Richard called Russia’s invasion of Ukraine “just the warmup” for a larger global conflict, adding that “the big one is coming … and it isn’t going to be very long before we’re going to get tested in ways that we haven’t been tested in a long time.”

The big one that Richard was mentioning is, of course, a possible conflict with China.

Richard leads U.S. Strategic Command, the unified combatant command responsible for the employment of the U.S. nuclear weapons enterprise as a deterrent to potential adversaries. While speaking last week, Richard said changes need to be made to how the U.S. provides strategic defense.

“I will tell you, the current situation is vividly illuminating what nuclear coercion looks like and how you, or how you don’t, stand up to that,” Richard said in his remarks, which were released by the Defense Department.

The Pentagon’s latest national security strategy, released in October, identifies China as “the most consequential strategic competitor for the coming decades.” In his remarks, though, Richard was rather blunt in his assessment of how the U.S. would deter potential threats from China.

“As I assess our level of deterrence against China, the ship is slowly sinking,” Richard said. “It is sinking slowly, but it is sinking, as fundamentally they are putting capability in the field faster than we are. As those curves keep going, it isn’t going to matter how good our [operating plan] is or how good our commanders are, or how good our forces are — we’re not going to have enough of them. And that is a very near-term problem.”

“We used to know how to move fast, and we have lost the art of that,” said Richard, noting that more than 60 years ago the Air Force was able to develop its AGM-28 cruise missile in just 33 months.

Referencing delays to massive Pentagon programs like the Columbia-class submarines, Long Range Standoff (LRSO) weapons, and the B-21 Raider bomber, Richard stated: “We have got to get back into the business of not talking about how we are going to mitigate our assumed eventual failure to get Columbia in on time, and B-21, and LRSO, and flip it to the way we used to ask questions in this nation, which is what’s it going to take? … Otherwise, China is simply going to outcompete us, and Russia isn’t going anywhere anytime soon.”

This isn’t the first time that Richard has described the threat from China so explicitly. In Aug. 2021, while speaking at the Space & Missile Defense Symposium in Huntsville, Alabama, Richard said, “We are witnessing a strategic breakout by China. The explosive growth and modernization of its nuclear and conventional forces can only be what I describe as breathtaking. And frankly, that word breathtaking may not be enough.”

Still, having the head of U.S. nuclear forces speak so bluntly about a potential future threat the U.S. faces is certainly unusual — and foreboding.