“He was everything to us and we want you to know how much he loved his fans." 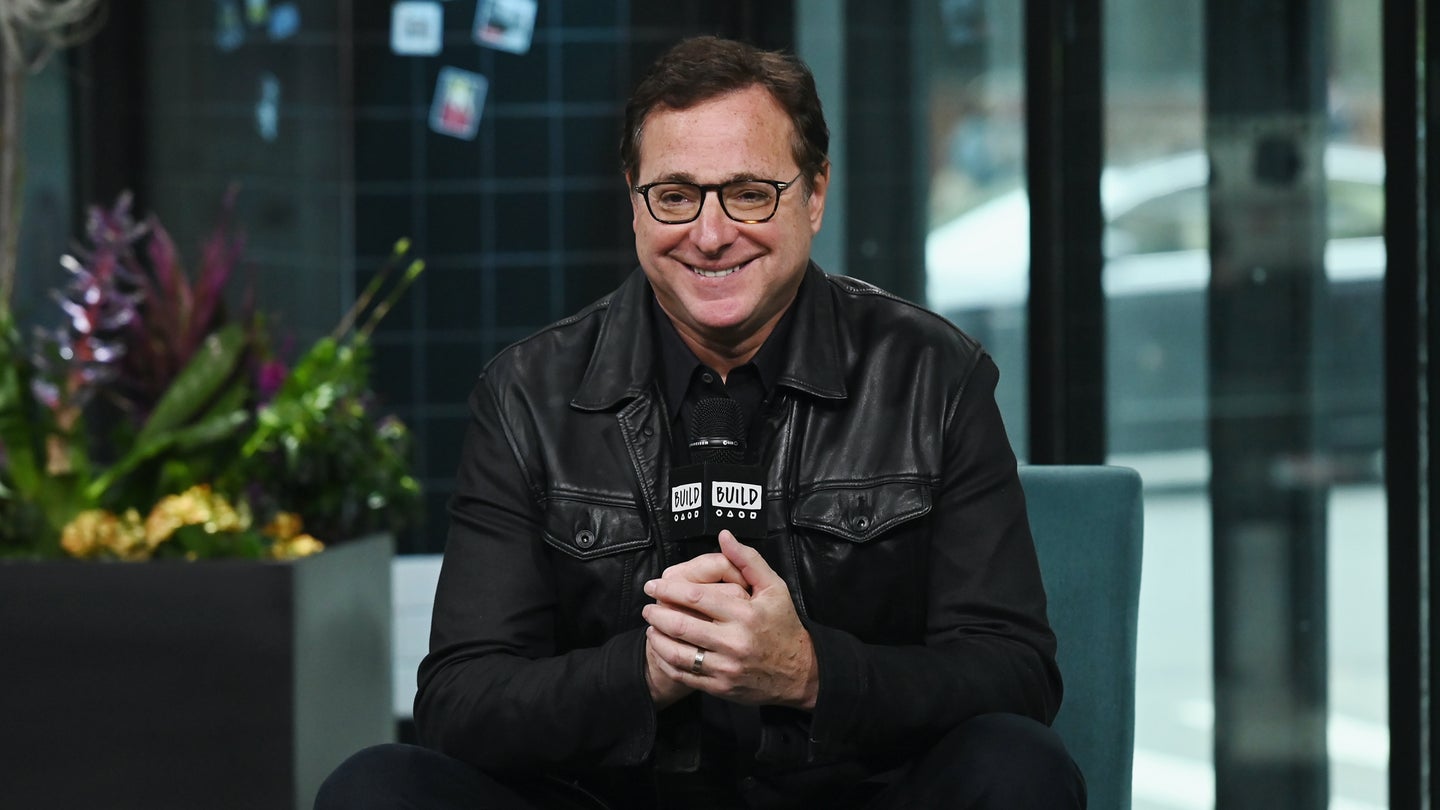 Bob Saget, the beloved actor and comedian, will be remembered for many things; his stand-up comedy, his role as “America’s Dad” on “Full House,” and his good-natured ribbing of, well, basically everyone on “America’s Funniest Home Videos,” including the U.S. military.

Saget, 65, was found unresponsive in a hotel room at the Ritz-Carlton Orlando in Florida on Sunday. The night before, he was on tour performing at the Ponte Vedra Concert Hall in Ponte Vedra Beach, Florida, the New York Times reported. The cause of death is unclear but police said they did not suspect foul play or drug use, according to the Times.

Saget was well-known for his endearing portrayal of Danny Tanner on “Full House,” which ran from 1987 to 1995, as well as his time hosting “America’s Funniest Home Videos” from 1989 to 1997. The beauty of “America’s Funniest Home Videos” was that no one escaped Saget’s puns and jesting – not even the military. On at least one occasion, Saget roasted not just U.S. service members, but foreign troops as well.

As we well know, the average day for an American service member is not typically as hardcore and awe-inspiring as what’s portrayed in the movies. More often than not there’s no shortage of slightly dysfunctional, if not downright dumb moments that, if filmed on a sitcom, would result in a Jim Halpert-esque glance at the camera. The kind of glance that screams, “you’re seeing this shit too, right?”

And if we can’t have a camera following service members around to capture the everyday ridiculousness that they see and experience, at least we had Saget narrating some of those moments on television.

While Saget’s humor on “America’s Funniest Home Videos” and “Full House” was typically squeaky-clean and approved for the whole family — at least in front of the camera — Saget “delighted in raunchy, profanity-laden stand-up routines,” according to the Times. A man after the enlisted service member’s own heart.

In fact, the part of him that reveled in that kind of humor was present before he was hired to be Danny Tanner. During a United Service Organization tour in 2017, Saget said that before “Full House,” he was fired from a CBS morning show because he was “a little too irreverent for morning television.”

“You got fired because you weren’t clean enough for morning radio, and they’re like ‘I know, we’ll put him on prime time,’” the event’s host said.

“Right,” Saget responded. He explained that playing Danny Tanner was simply “an acting job” — and one that he loved.

“It had a secret to it,” he said of the show. “Which was every single family member of that family, of the Tanner family — it’s so funny to talk about it but it’s the truth — you cared about each one of them.”

In a statement on Sunday, Saget’s family said they were “devastated” by his passing. “He was everything to us and we want you to know how much he loved his fans, performing live and bringing people from all walks of life together with laughter,” the statement said. “Though we ask for privacy at this time, we invite you to join us in remembering the love and laughter that Bob brought to the world.”