The device was made entirely from items collected at a German camp for Allied prisoners of war during World War II. 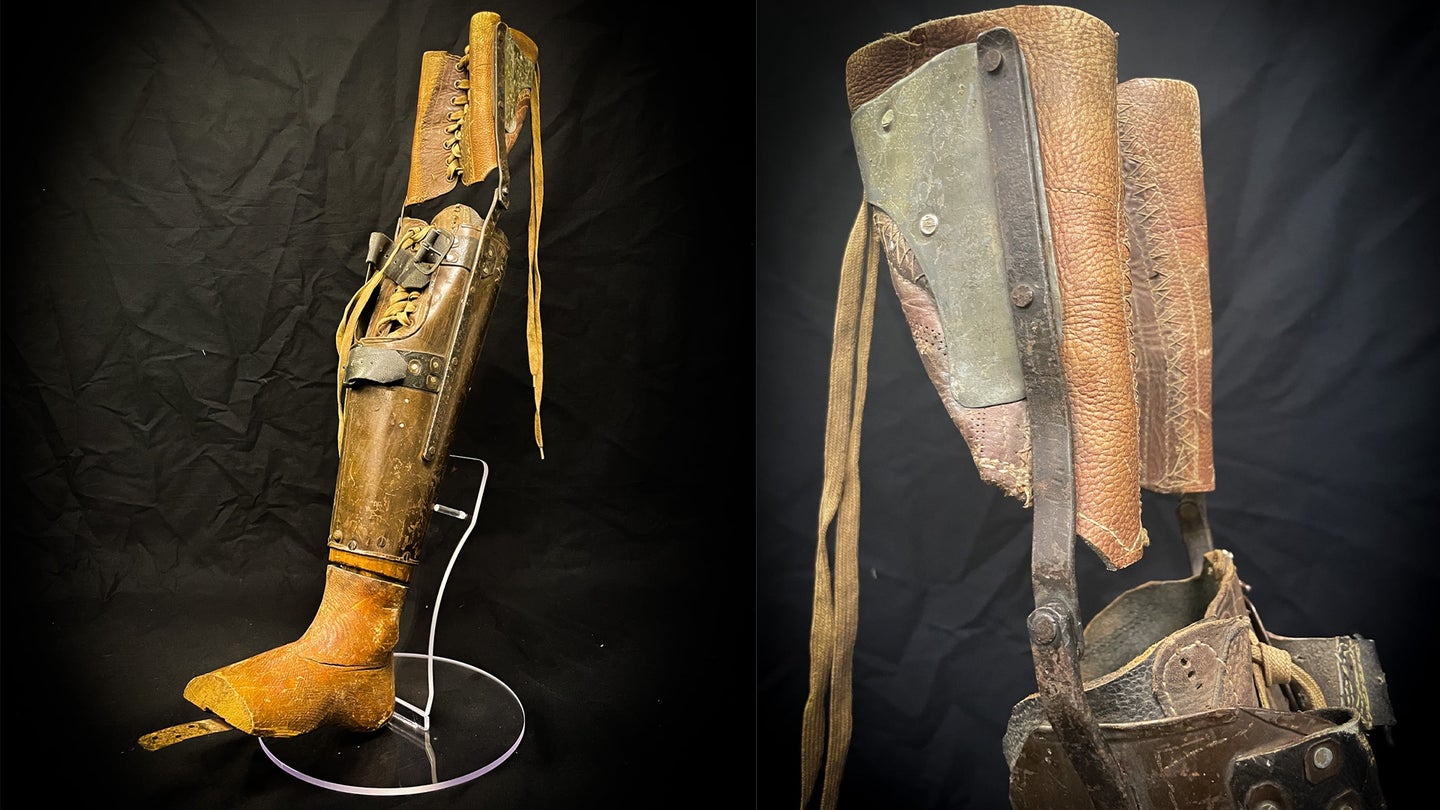 The prosthetic leg fashioned in a German P.O.W. camp during World War II. (Photos courtesy of the National Museum of the Air Force/Facebook).
SHARE

Improvise, adapt and overcome. It’s a timeless military maxim and especially important if you’re an American prisoner of war in a German prison camp during World War II and in need of a prosthetic leg.

On Tuesday, the National Museum of the Air Force showed off just such a thing — a prosthesis for a left leg that was handcrafted by an American prisoner while in captivity.

Made from scrap material scrounged from around the camp, a wooden foot and ankle connects to a metal calf and leather insert stuffed with cloth. Further up, leather pads are meant to be strapped to the thigh, and attached to metal hinges that function as the knee. In short, a fully functional prosthetic leg fashioned from whatever one prisoner of war could get his hands on.

Parts of the prosthetic include remarkable detail, including the wooden foot which has been carved to include an arch and ankle.

Almost 94,000 soldiers were held prisoner in Germany and Poland during World War II. Over the course of almost three years, they endured harsh treatment and, oftentimes, famine, although prisoners did their best to maintain some measure of normalcy amid the hardship they endured, with some camps even producing their own newspapers. For those held at camps in Poland and eastern Germany, the end of the war also meant forced marches west, as their captors tried to avoid Soviet forces. In at least one instance, German captors attempted to single out Jewish prisoners for deportation, an order which Master Sgt. Roddie Edmonds refused by declaring that “we are all Jews here,” an act that earned him the title of Righteous Among the Nations by the World Holocaust Remembrance Center.

The leg is one of many such items kept at the museum that chronicle both the boredom and desperation of a prisoner of war. There are also clothing items, cookware, games, sculptures and a mousetrap on display.