How World War II ended with a battle between sailing ships

American and Chinese forces engaged in old-fashioned naval combat, complete with a boarding party, to take out a Japanese vessel. 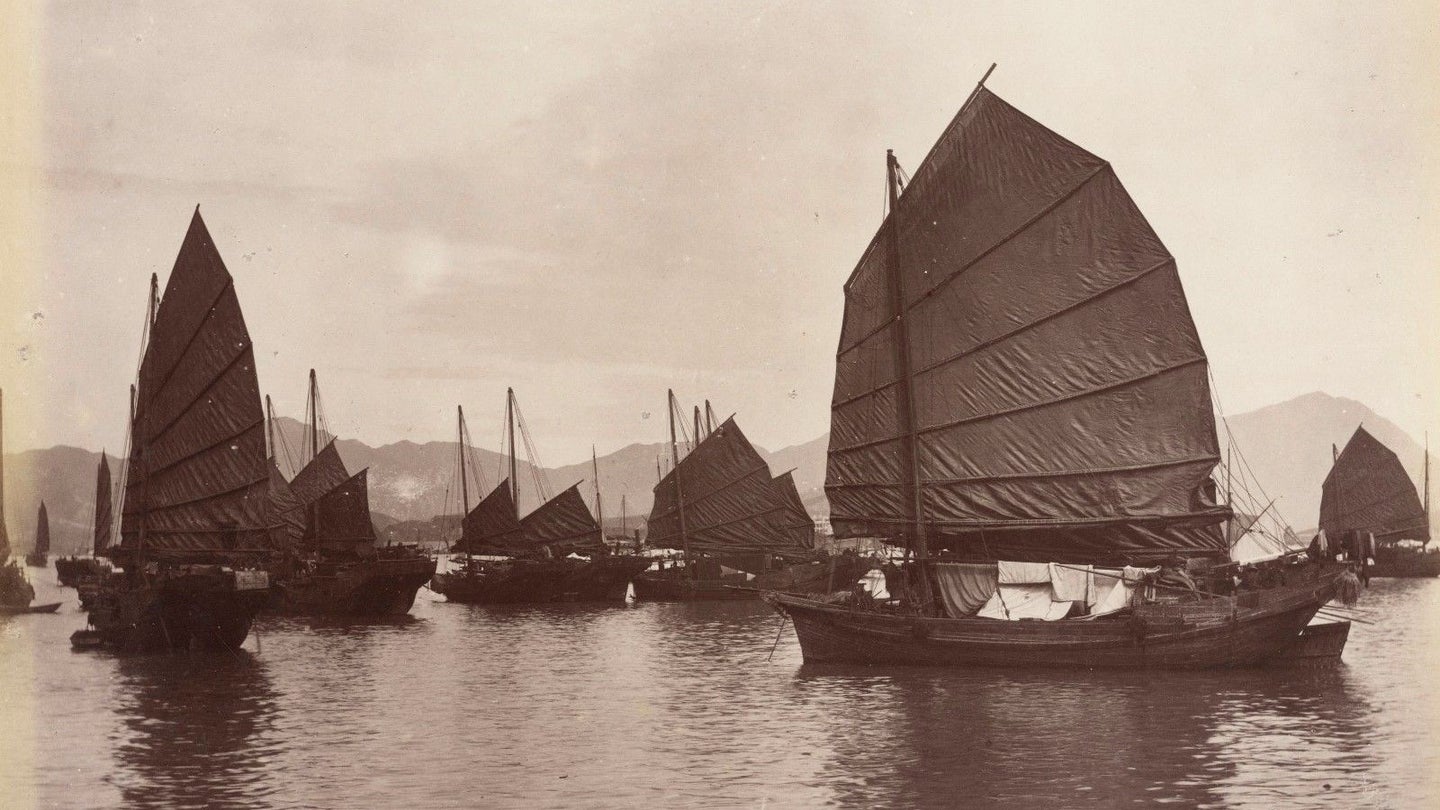 The war was over. Japan had surrendered on August 15. There was no need for any more violence in the Pacific Ocean. But on August 21, a Japanese crew that did not yet know World War II was officially over launched an attack that would be the final battle of the war.

It was also the last battle between two ships under sail. And the last fight where an American crew would board another vessel, like in the early days of the American Navy.

This is the story of the last naval battle of World War II..

The American military had naval operations going on in China even before World War II. When the war broke out, that continued, hoping to disrupt Japanese operations in China and the surrounding seas. Navy Lieutenant Livingston Swentzel and Marine Lieutenant Stewart Pittman were in China for that very reason. Soon after Japan surrendered, they were on their way to Shanghai. They were in command of two Chinese junks, traditional sail-powered ships that between them were outfitted with more modern weapons: a 50 caliber and 30 caliber machine gun, two bazookas, multiple small arms and many, many grenades. Swentzel led one ship, Pittman commanded the other. The total crew wasn’t big, seven Americans in all plus 20 Chinese guerillas who had been fighting the Japanese occupation.

The morning of August 21, they weren’t expecting combat on their voyage. But they stumbled upon another junk, which suddenly turned and opened fire. It was a Japanese ship. The American and Chinese forces had twice the ships but the enemy junk was filled with 83 Japanese sailors, armed with six machine guns, 100 rifles, and most dangerously, a 75mm howitzer.  That howitzer blasted to life, tearing apart the foremast of Swentzel’s junk and also damaging its rudder. The battle was on.

In true naval tradition, Swentzel raised the American flag and he and Pittman’s ships went on the counteroffensive. The American and Chinese forces unleashed their full arsenal, closing in on the Japanese-crewed ship. Swentzel’s junk was damaged, but Pittman’s was at full capacity and got up close and personal with the enemy.

The American and allied crews then started throwing their grenades at the Japanese vessel, using the explosives as cover to prepare a boarding party. Pittman and a few of his compatriots then leapt aboard the Japanese ship, guns at the ready. But it was already over. In 45 minutes the Chinese and American force had killed 44 Japanese sailors, wounded another 35 and captured the enemy ship. Their losses were much fewer: four Chinese sailors were killed, five were wounded and one American was wounded in the fight. In less than an hour, they had won the last naval battle of World War II. The Americans had ended the war with the brand new, destructive force of the atomic bomb, but the fighting ended in a throwback to naval warfare from the age of sails and cannons. Pittman’s boarding party took the Chinese junk as a prize. The three ships then completed the voyage to Shanghai.

For their efforts, Swentzel was awarded the Navy Cross and Pittman a Silver Star.

That is how World War II finally ended. After the atomic bombs, after the unconditional surrender of Japan, three small ships ended the conflict with a boarding party.