What To Expect In A Private Security Career As A Veteran

As someone who is on almost every veteran job listserv in my local area, I can tell you one of... 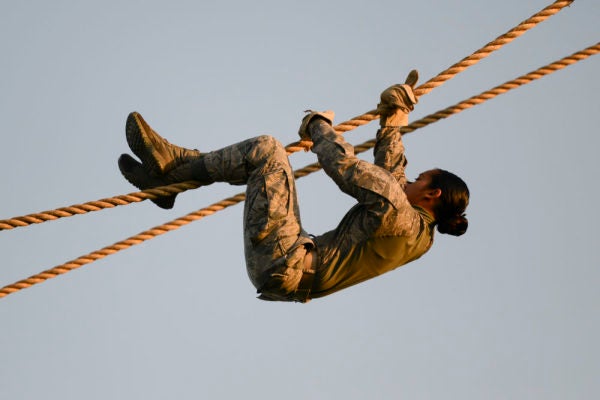 As someone who is on almost every veteran job listserv in my local area, I can tell you one of the most in-demand gigs are in the realm of security careers. From sporting arena security to hospitals, security is a concern for almost every large facility. If you are looking into a security career, some of the top options according to Securitas, a national security provider, include:

In general, you’ll need to have a high school or GED diploma, be able to physically withstand the demands of a security career, and meet the licensing requirements if the job involves a weapon. Most job descriptions in this arena include a blurb that sounds like this, “Must be able to meet and continue to meet any applicable state, county and municipal licensing and permit requirements for Security Officers and armed security work and specific protective device and weapons qualifications,” pulled from a job description for an armed security officer.

Those requirements depend on where you’re located and in many cases, the company will help you meet the permitting requirements. For example, one of the job notice emails I received a few months ago stated, “Active NYS Security Guard License is a plus, but we will train if a candidate is accepted/accepts the positions.” Not all states have these types of licensing requirements, but it’s worth doing a little research a security career is what you’re interested in.

Day to day of a security career

Your day-to-day will depend on your position and duties. For the most part, you’ll wear a uniform, which for transitioning veterans won’t be as jarring as a civilian who’s not used to wearing anything but a t-shirt and jeans. For many, security means working the night shift, at least at first. Many facilities require 24-hour guards, which means the rookie usually gets the night hours. However, that might be something you’re interested in if you’d like a quieter beat. It really depends on the facility you work for and what type of duty you’re required to do. Security could mean something similar to gate guard in the military; you check IDs and let people in and out of a parking lot or garage. Or, it could mean patrolling the grounds of a college campus at night, working at the metal detector of a secure facility, or working general hospital security.

Senior Airman Karrar Mahdi is a member of the 379th Expeditionary Security Forces Squadron's spartan team, a coalition expeditionary mobile patrol that patrols the exterior of Al Udeid Air Base.

If you’re an introvert, you might do best at one of the more solitary shifts, which is usually at night. Those who are more extroverted might enjoy working at concert venues and sporting arenas during events. It all depends on your personality and what environment you’d like to be in. If you’re a former MP, this job might not come with as much power, but you’ll probably find plenty of similarities between guard duty in the military versus the civilian world.

According to PayScale, the median salary for a security guard is $33,800 or $27,500 for an “armed security officer,” according to Glassdoor. I can tell you from those emails I received in the New York City area, the hourly rate was advertised as $12.35 to $13.85 — just a little over minimum wage. As a job that doesn’t require any college education or highly specialized training, the salary is not very high. The barrier to entry for security is pretty low with many places training you on the job. Being a veteran might help get you hired, since you have experience with firearms and guard duty, but that generally doesn’t mean you’ll be offered much more money.

As you climb the ranks, median salary still stays in the mid-30k range according to Glassdoor and PayScale. You’ll also find that for much of the jobs in the security industry, you’ll be paid an hourly rate. That means you could stand to earn overtime, which could help boost your overall pay.

Unfortunately, most security jobs are unsalaried and do not come with health care. However, if you’re a combat veteran, you’re eligible for five years of VA health care, so that might not be a barrier to entry for you. But, if you have a family, that’s where it might be tough to have an entry-level security career (or even a supervisor role) with no benefits offered.

Hours will depend on what shifts you’re assigned. Like I mentioned earlier, as a newby, you’ll probably get the hours that no one wants at first, but as you gain experience, that’ll change. Most shifts run 8 to 12 hours, and include clocking in and out to track your hours.

For the most part, site security jobs involve minimal to no travel. You’re generally working for a certain facility or campus and won’t move site to site unless you’re part of a contracted team that provides on-demand security.

Security is definitely a career field that attracts many veterans, and companies generally recruit from ex-military populations. Your experience with rules, regulations, weapons, and authority all come in handy in this industry. It’s also one that’s not likely to go away. While digital alarms, cameras, and other non-human systems can enhance security, there’s still no substitute for trained personnel.