It's official: the era of the Modular Handgun System is upon us 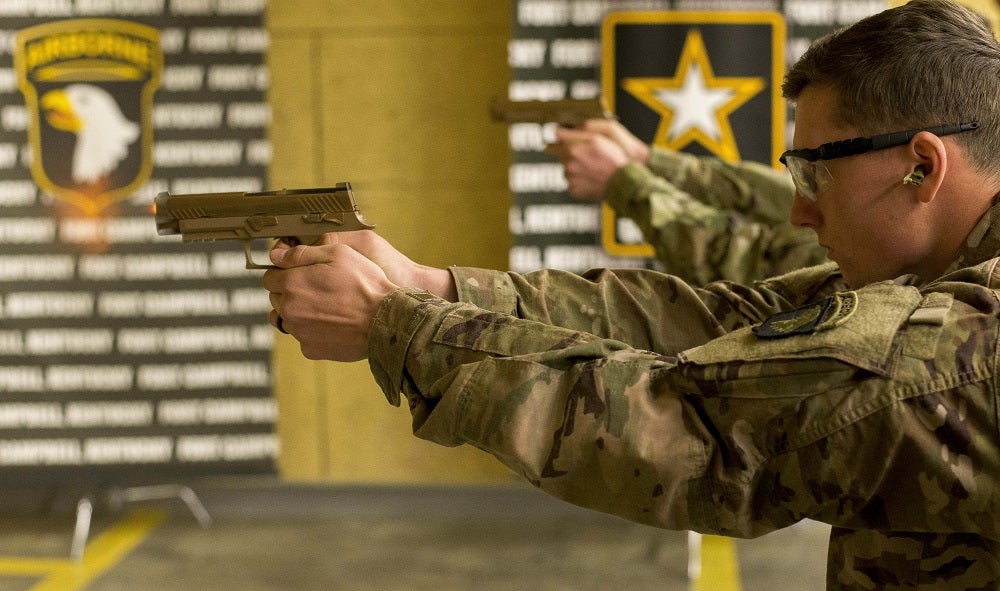 It’s official: the era of the Modular Handgun System is upon us.

Gunmaker Sig Sauer has finally delivered its MHS to every service branch in the U.S. military, the company announced on Tuesday.

The announcement came amid Sig Sauer’s delivery of its 200,000th M17/M18 pistol to the military under the Defense Department’s MHS program despite the obstacles posed by the novel coronavirus (COVID-19) pandemic.

“Throughout this period, our factory operations and our employees have been faced with unimaginable adversity,” Sig Sauer president and CEO Ron Cohen said in a statement.

“Despite the unpredictability, we continue to consistently deliver M17 and M18 pistols that surpass the requirements for accuracy, and exceed expectations for both quality and reliability, to ensure our nations soldiers are prepared for the rigors of the battlefield.”

Based on Sig Sauer’s P320 platform, the MHS is a 9mm, striker-fired pistol that features coyote-tan PVD coated stainless steel slides with black controls and takes both 17-round and 21-round magazines.

As Military.com previously reported, the Army plans on purchasing a total of 195,000 MHS pistols, the majority of which will be M17s, over the next several years.

The Army first fielded the new pistol starting in December 2017.

The Air Force officially began procurement of the MHS back in June to replace the M9 sidearms that airmen have wielded since 1985.

The Marine Corps began fielding the M18 in September to replace all other pistols in the service’s arsenal, including the M9, M9A1, M45A1, and M007.

It’s unclear exactly when the Navy may begin fielding of the MHS to sailors.

Services have generally tended to use the same sidearm in the past. Indeed, the M9 quickly became the sidearm for the entire U.S. military after the Army selected it in 1985 to replace the .45 caliber 1911A1.

One exception to the proliferation of the MHS across the uniformed services, however, is the Coast Guard: Nestled under the Department of Homeland Security, the service selected and started fielding the Glock 19 Gen5 MOS pistol as its standard-issue sidearm through a U.S. Customs and Border Patrol contract back in September.

Related: The American pistol that’s served the US military in battle for more than 100 years