Air Force Academy grads may have to repay up to $200,000 in tuition after refusing Covid-19 vaccine

They will not be commissioned as long as they are unvaccinated. 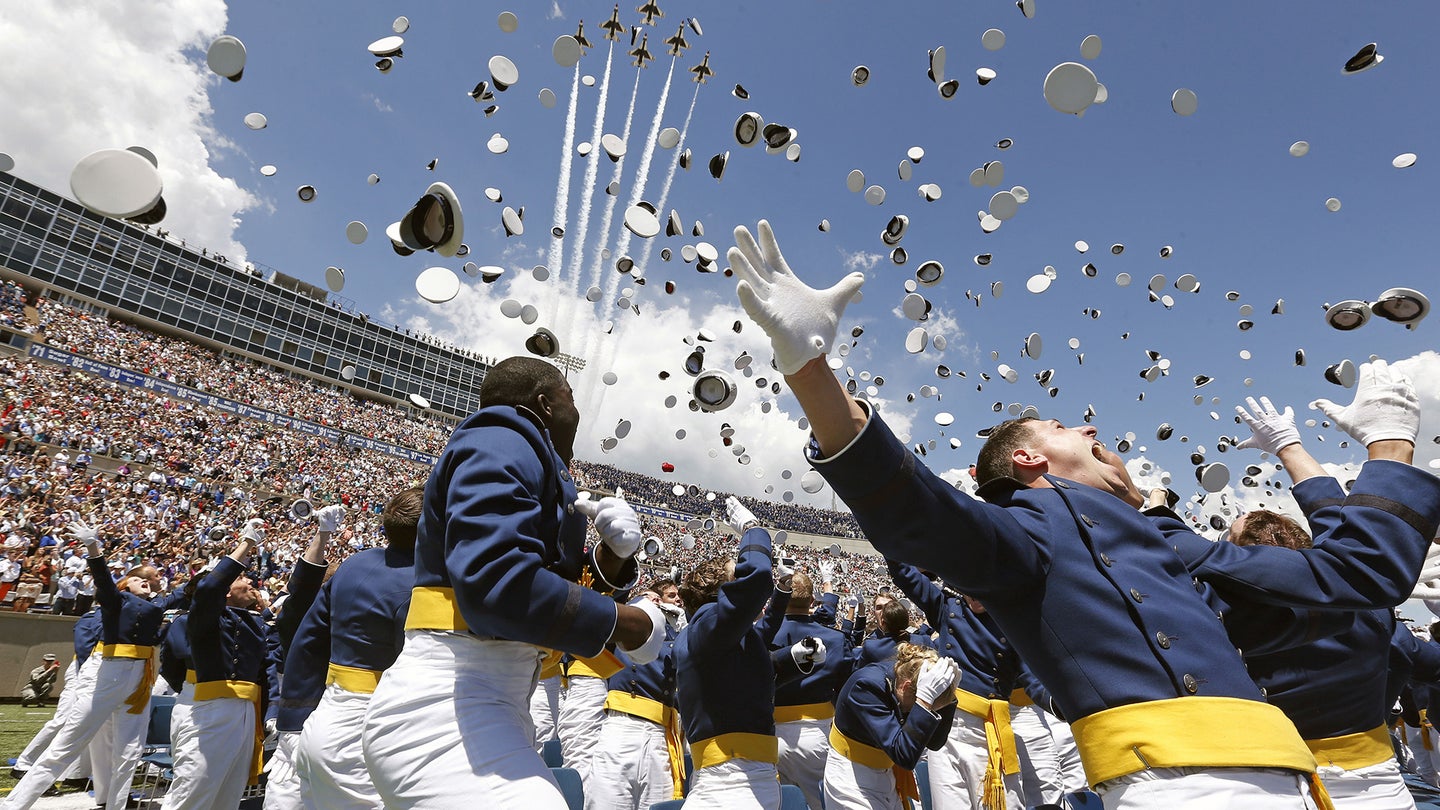 Air Force Academy graduates throw their caps into the air as F-16 jets from the Thunderbirds make a flyover, at the completion of the graduation ceremony for the class of 2014, at the U.S. Air Force Academy, in Colorado, Wednesday, May 28, 2014. (Brennan Linsley/AP).
SHARE

Three Air Force Academy cadets may very well have sacrificed their military careers and may have to repay the U.S. government for their education after refusing to get vaccinated for the novel coronavirus (Covid-19).

While the cadets will receive bachelor’s degrees when they graduate from the Air Force Academy on Wednesday, they will not be commissioned as long as they remain unvaccinated, Lolita Baldor of the Associated Press first reported.

“A decision to reimburse the United States for education costs in lieu of service will be made by the Secretary of the Air Force,” the Air Force Academy announced in a May 21 news release.

While the cost of an Air Force Academy education varies for each cadet, the total cost of tuition can run between $160,000 to $200,000, depending on overseas travel, advanced training experiences, and other factors.

“There’s a formal paperwork process that is followed before the Secretary will make a determination on whether or not to recoup the cost when a cadet does not commission,” an Air Force official told Task & Purpose. “That process is still pending.”

A fourth cadet had initially refused to be vaccinated for Covid-19, but he changed his mind and will be commissioned along with the rest of his graduating class, said Air Force Academy spokesman Dean Miller. Located in Colorado Springs, the Air Force Academy is one of the three service academies where students receive a college education paid for by the U.S. government and then accept a commission to serve as an officer in their respective branch.

While it’s not too late for the other three cadets to get still vaccinated, it’s an open question as to whether they could participate in Wednesday’s graduation.

“Cadets are eligible to commission once they receive their first dose and commit to completing the series. Determining what events a cadet may be able to participate in on Graduation Day depends on when the Superintendent is notified that a cadet took their first dose and committed to the full series. Considering that the Class of 2022 held their practice over the weekend, there may be logistical challenges as the ceremony nears. A discharge decision will not happen prior to Aug 1, 2022.”

Covid-19 vaccines were initially voluntary for U.S. troops because the available vaccines had been approved for emergency use only. The Pentagon required all service members to get vaccinated in August 2021, after the U.S. Food and Drug Administration granted full approval to the Pfizer vaccine. The FDA fully approved a second vaccine made by Moderna in January.

Since the Covid-19 vaccine has become mandatory, troops who refuse to get vaccinated and do not have an approved religious, administrative, or medical exemption risk being kicked out of the service.

Enlisted airmen are subject to the same Covid-19 vaccine mandate as Air Force Academy Cadets and officers. Since October 2021, all Air Force trainees have been briefed on the consequences for refusing to get vaccinated for Covid-19 and they have also been obligated to sign a memorandum stating they understand that they will be required to take the Covid-19 vaccine and other inoculations when they join the service, Air Force spokeswoman Rose Riley told Task & Purpose.

“If they refused the Covid-19 vaccine, their squadron commander issued a written order stating they must receive the vaccination,” Riley said. “If they refused a second time, meaning they had now disobeyed an order twice, they were processed for an entry level separation.”

Depending on where they are stationed in the world, U.S. service members can be required to take up to nearly 20 vaccinations. But the Defense Department’s Covid-19 vaccine mandate has spawned a tidal wave of disinformation as well as a fierce debate about service members’ religious and political freedoms.

All the military branches have encountered resistance from service members — including Navy SEALs — with varying reasons for why they oppose getting vaccinated for Covid-19.