“It tops anything I’ve ever been through.” 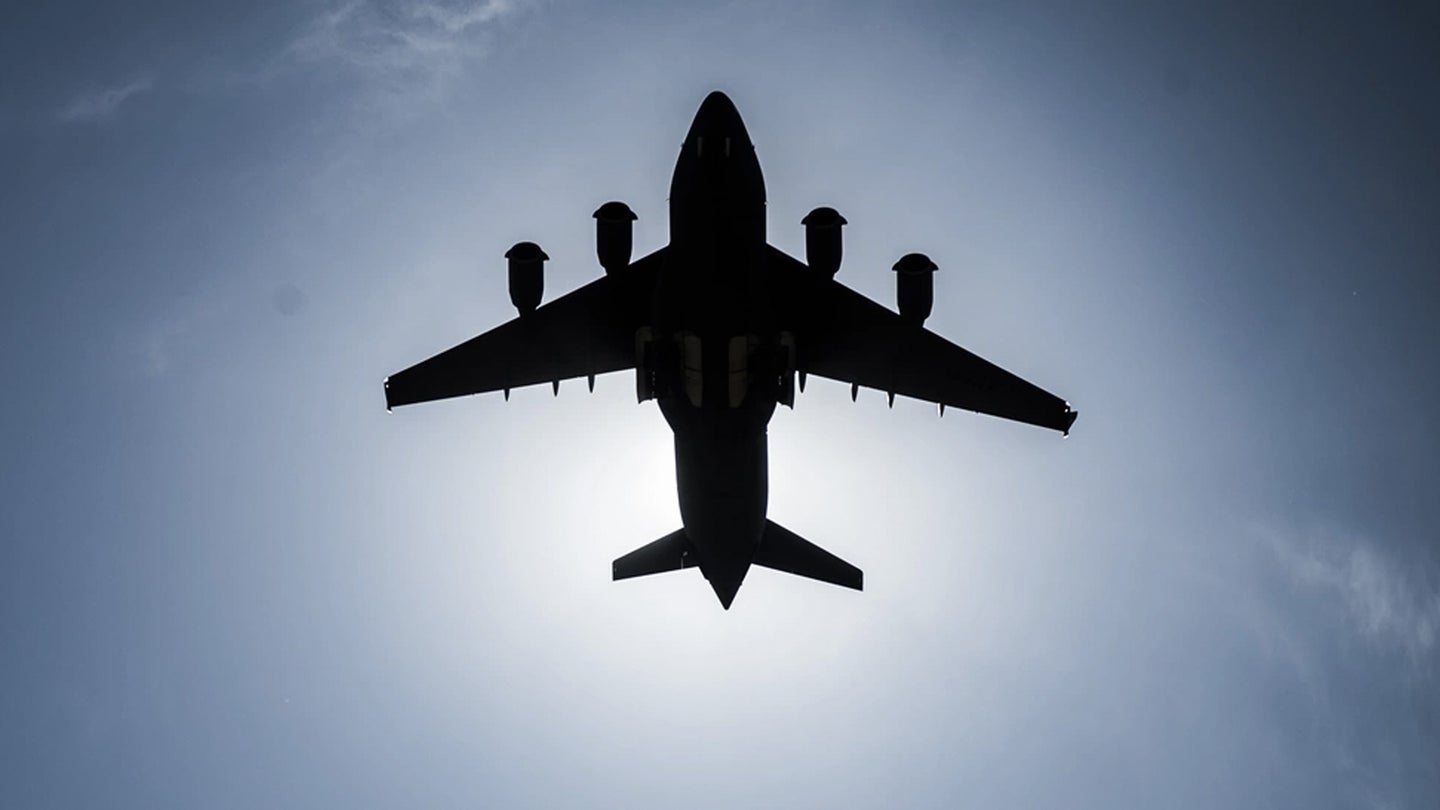 Several members of an Air Force C-17 transport jet crew will receive the Distinguished Flying Cross for helping deliver a baby on the flight out of Afghanistan, the service announced on Thursday.

The crew took off from Kabul, Afghanistan on August 23, 2021, with a cargo deck full of 456 evacuees. The jet flew to Al Udeid Air Base, Qatar, where they entered a holding pattern waiting to land. While in the holding pattern, the loadmaster, Tech Sgt. Leah Schmidt, of the 701st Airlift Squadron, informed the pilot, Capt. Dennis Conner, also of the 701st, that a woman in distress had shut herself into the lavatory and needed help.

“Schmidt and Conner agreed they needed to land the jet as soon as possible because they had a potential medical emergency,” the 315th Airlift Wing, of which the 701st is a component, wrote in a press release at the time.

Luckily, the crew had an active-duty Air Force flight nurse onboard. The nurse, Capt. Leslie Green, who at the time was assigned to the 375th Aeromedical Evacuation Squadron, at Scott Air Force Base in Illinois, had spent the flight seeing to several passengers experiencing medical emergencies with the limited supplies on hand. Green was inserting an IV and administering fluids to one passenger who had fainted from dehydration when Schmidt called her to check on the woman in the lavatory. Green realized the woman was in labor, but the nurse knew how to handle it.

With about 1,000 feet of thin air separating them from terra firma, Green and Schmidt went to work delivering the baby. Conner said the jet was at about 800 feet up at the moment the baby was born. He then took the aircraft down on “the smoothest landing I’ve ever seen Capt. Conner make,” said a fellow pilot with the 701st, Lt. Col. Wesley Adams.

The delivery was even more remarkable because it was the first full delivery Green had led.

“But it wasn’t really hard,” she said. “[The mother] really did the hardest part herself.”

After touching down, the nurse continued to look after the new mother and child until an ambulance arrived.

“The baby was perfect! … a little bit small; it definitely didn’t make it full term, but it came out crying,” Green said in the press release. “She [the baby] seemed to be doing well in this world.”

“I think it was one of my best experiences,” the nurse added.

“Same here,” said Schmidt. “It tops anything I’ve ever been through.”

The baby delivered aboard that C-17 was the first of several born on or near Air Force aircraft during the massive evacuation effort, which saw more than 124,000 people transported to safety. One woman went into labor aboard a C-17 that arrived at Al Udeid, though she delivered her baby in an off-base hospital in Doha. One newborn Afghan girl was named ‘Reach’ after the call sign of the jet that brought her and her mother from Qatar to Ramstein Air Base, Germany. The jet, ‘Reach 828,’ was mid-flight when the mother went into labor, Air Mobility Command said at the time.

Green is currently an exchange officer assigned to Canadian Forces Base Trenton, Ontario, but she and 35 other airmen, including Schmidt, Conner, Adams and Tech Sgt. Dennis Hiott, a loadmaster, will receive the Distinguished Flying Cross at a ceremony at Joint Base Charleston on Monday.

The Charleston cohort are the latest airmen to be recognized for their hard work during Operation Allies Refuge, the U.S. military effort to evacuate U.S. allies from Afghanistan. Last month, Air Mobility Command announced it was awarding 96 Distinguished Flying Crosses, 12 Bronze Star Medals, and one Gallant Unit Citation for the effort.

The large number of awards is noteworthy in part because AMC airmen do not typically specialize in direct combat operations, which usually generate the most awards for valor. Rather than dropping bombs or charging hilltops, AMC airmen usually transport the bombs and the troops across thousands of miles to make sure direct combat forces can do their jobs. But OAR revolved around moving people, which is AMC’s specialty.

The fact that the massive airlift was executed in just a few weeks and often under the threat of enemy fire made the airmen’s performance under such pressures all the more notable.

“The world witnessed history during that airlift, borne on the shoulders of mobility heroes,” AMC commander Gen. Mike Minihan wrote in a statement last month. “This recognition is long overdue for what our heroes did during those historic 17 days.”

Earlier this month, the crew of ‘Reach 871’ who flew a record 823 people out of Kabul aboard their C-17 also received the Distinguished Flying Cross for their risky and heroic flight.

“I hope they’re recognized for it, because that’s a gutsy call, and they made the right one,” one anonymous C-17 pilot told Task & Purpose shortly after the flight last year. Now, more than a year later, they finally have been.