She will be the first Air National Guard flight nurse to ever receive the award. 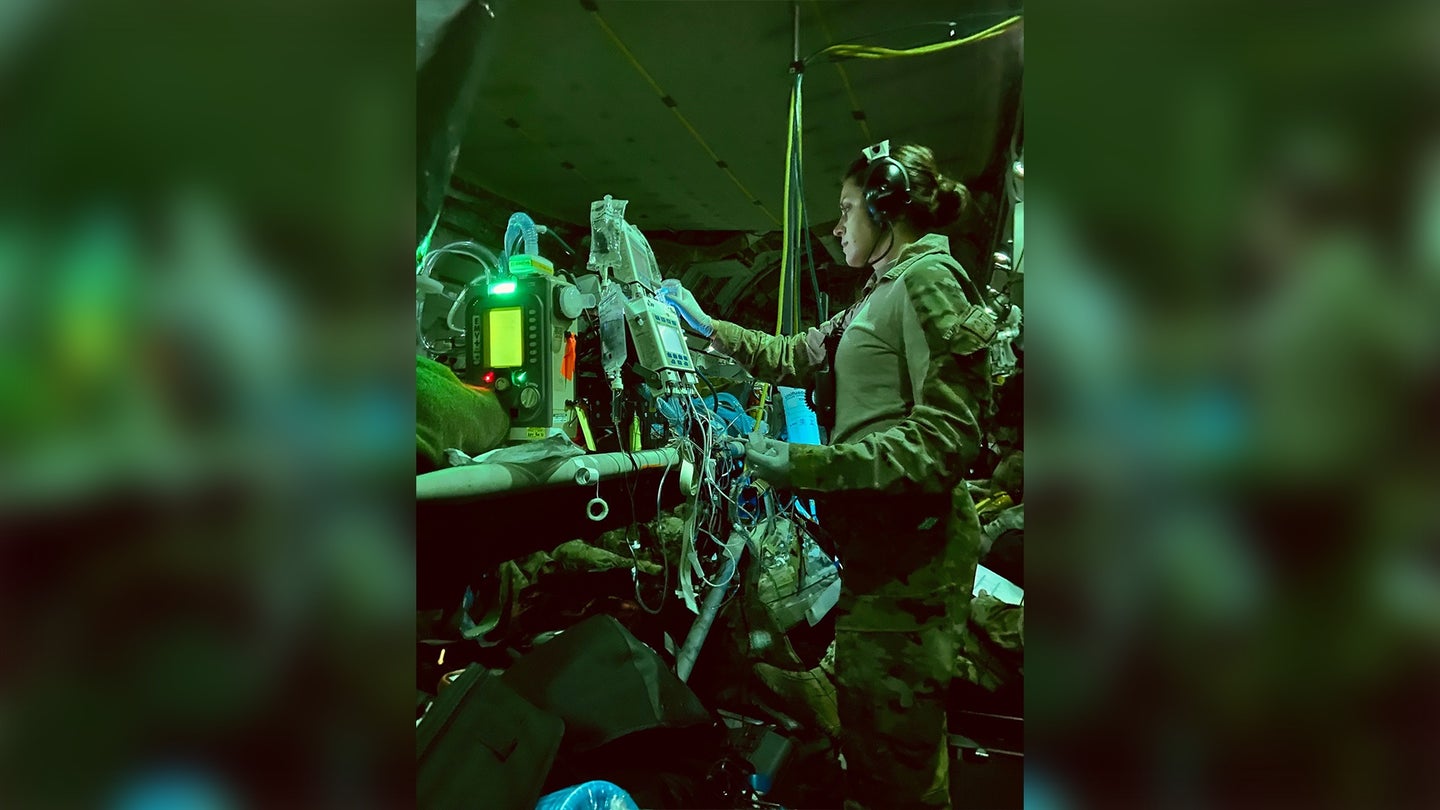 A Minnesota Air National Guard officer who helped treat more than 20 patients during the chaotic August 2021 evacuation of Hamid Karzai International Airport in Kabul, Afghanistan will receive the Distinguished Flying Cross this Saturday.

Major Katie Lunning, a flight nurse with the 133rd Airlift Wing, was among the military personnel who responded to the deadly bombing attack at Abbey Gate, which killed 13 U.S. service members and at least 160 Afghan civilians on August 26, 2021, amid the U.S. military withdrawal from the country

In August 2021, Lunning was deployed with the 379th Aeromedical Expeditionary Evacuation Squadron at Al Udeid Air Base in Qatar as a flight nurse with a Critical Care Transport Team. The team was quickly mobilized to respond to the bombing.

“We were pulling them out as they are getting injured,” said Lunning in a Department of Veterans Affairs release. “August 26th, when the suicide bomber exploded at Abbey Gate, we were the first CCATT in. It was the largest medical evacuation out of that coalition hospital ever, and very dangerous on the ground. We had to leave the airplane to go get our patients as well.”

“We took injured Marines and Afghan civilians who really weren’t flight worthy, but there was no choice. We just had to get them out of there,” she added. “So, a lot of medical events occurred on the airplane, but we ended up being able to safely deliver everybody to Landstuhl, Germany [for further medical care].”

According to the award citation, Lunning identified a two-year-old patient with a traumatic brain injury who required emergency intravenous access and managed an inflight blood transfusion of a critically wounded patient.

Lunning’s Distinguished Flying Cross includes the “C” device, which is awarded for “exceptionally meritorious service or achievement performed under combat conditions on or after Jan. 7, 2016.”

“[In that moment] I was really just focusing on the job,” Lunning said in an Air Force release. “We kind of came up with a mantra. We would say, ‘We can’t control what’s happening on the ground and what we can control is our jobs.’ So, we focused very much on getting people home.”

“We all have kids right around the same age that we wanted to get home to. So, we just focused on getting everybody home to their people because everybody’s going to have a why, right,” she added. “We talked about that and how it was our role to get them back to their reason for being there.”