The murder occurred at Fort Stewart, Georgia, in 2020. 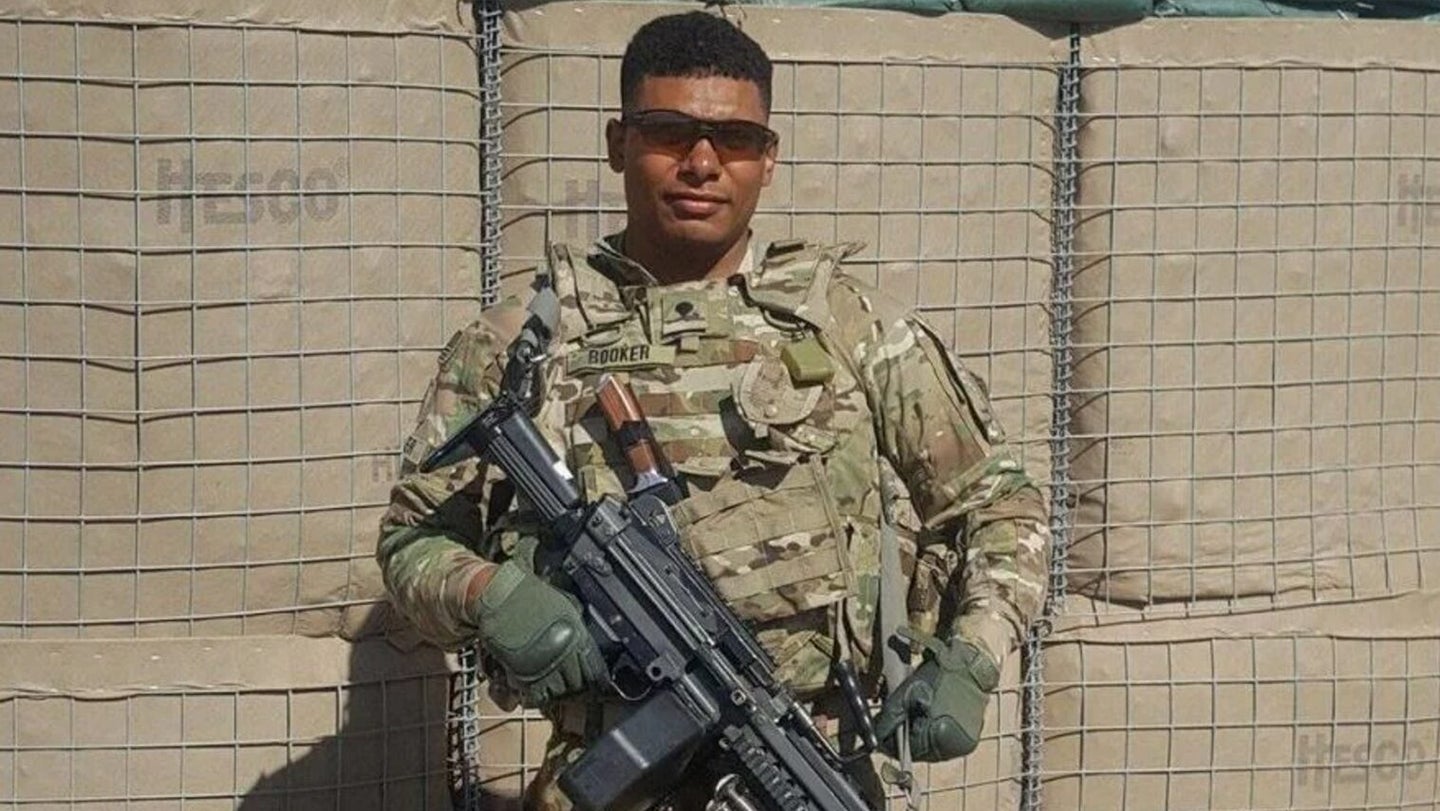 A former Army sergeant pleaded guilty on Oct. 24 to the 2020 murder of a soldier in the barracks at Fort Stewart, Georgia, in what was described as retaliation for that soldier reporting drug use in his unit.

“Byron Booker murdered a former fellow soldier in cold blood in retaliation for that soldier performing his duties as a service member,” said David H. Estes, U.S. Attorney for the Southern District of Georgia, in a Justice Department press release.

Booker, who had been discharged less than six weeks before the murder, hatched the plan for “silencing” Hawk as retaliation for the young squad leader reporting Brown’s drug use and connecting him with Booker. According to the Justice Department, Booker gained access to Hawk’s barracks room shortly after midnight on June 17, 2020 and “slashed and stabbed Hawk repeatedly with a sharp-edged weapon.” Hawk’s body was found the next day with over 40 separate stab wounds.

According to Booker’s plea agreement, on May 2, 2020 Hawk reported to his immediate superior that he believed Brown and Booker were smoking marijuana, which is classified as a Schedule 1 drug under federal law and its use is barred by the Uniform Code of Military Justice. Booker was discharged just six days later, on May 8. Brown, however, was ordered to provide a urine sample. A month later, on June 2, 2020, Brown was informed that he had tested positive for marijuana and that involuntary separation proceedings were being initiated.

Brown, who had already tried to confront Hawk once when he learned of the initial report detailing his drug use, began talking to Booker on June 13, according to Booker’s plea agreement. Brown was apparently upset that he was being kicked out of the Army and lamented to Booker that he would soon lose his paycheck, housing, and jeopardize his family and personal relationships. The two men described Hawk as a “snitch” and discussed possibly beating him up, stealing items from his barracks room or damaging his car.

Based on the plea agreement, Booker then formulated a plan to “silence” Hawk, suggesting that Brown — who was scheduled to serve as the battalion staff duty runner on June 14 and 15 — steal the barracks master key so that Booker could gain access to Hawk’s room. Brown, however, was unable to procure the barracks master key during his shift.

According to Booker’s plea agreement, Brown began his separation from the Army on June 16, and continued to speak with Booker throughout the day.

Shortly after midnight on June 17, Booker parked his vehicle in a lot near an unmanned gate at Fort Stewart that was blocked to vehicular traffic. He then walked a mile to the barracks and gained access to Hawk’s room. Electronic lock records show that the door was opened from the inside, according to Booker’s plea agreement.

Once inside the room, Booker attacked Hawk. The struggle apparently lasted several minutes and was loud enough for Brown, who lived in the barracks room directly beneath Hawk’s, to hear what sounded like furniture being tossed around.

Hawk’s body was found later that day, and Booker was arrested on June 18. Brown was subsequently arrested in April 2021 and is still awaiting trial.