Retired Col. Owen Ray was arrested in 2020 after a domestic violence incident that resulted in a standoff with police. 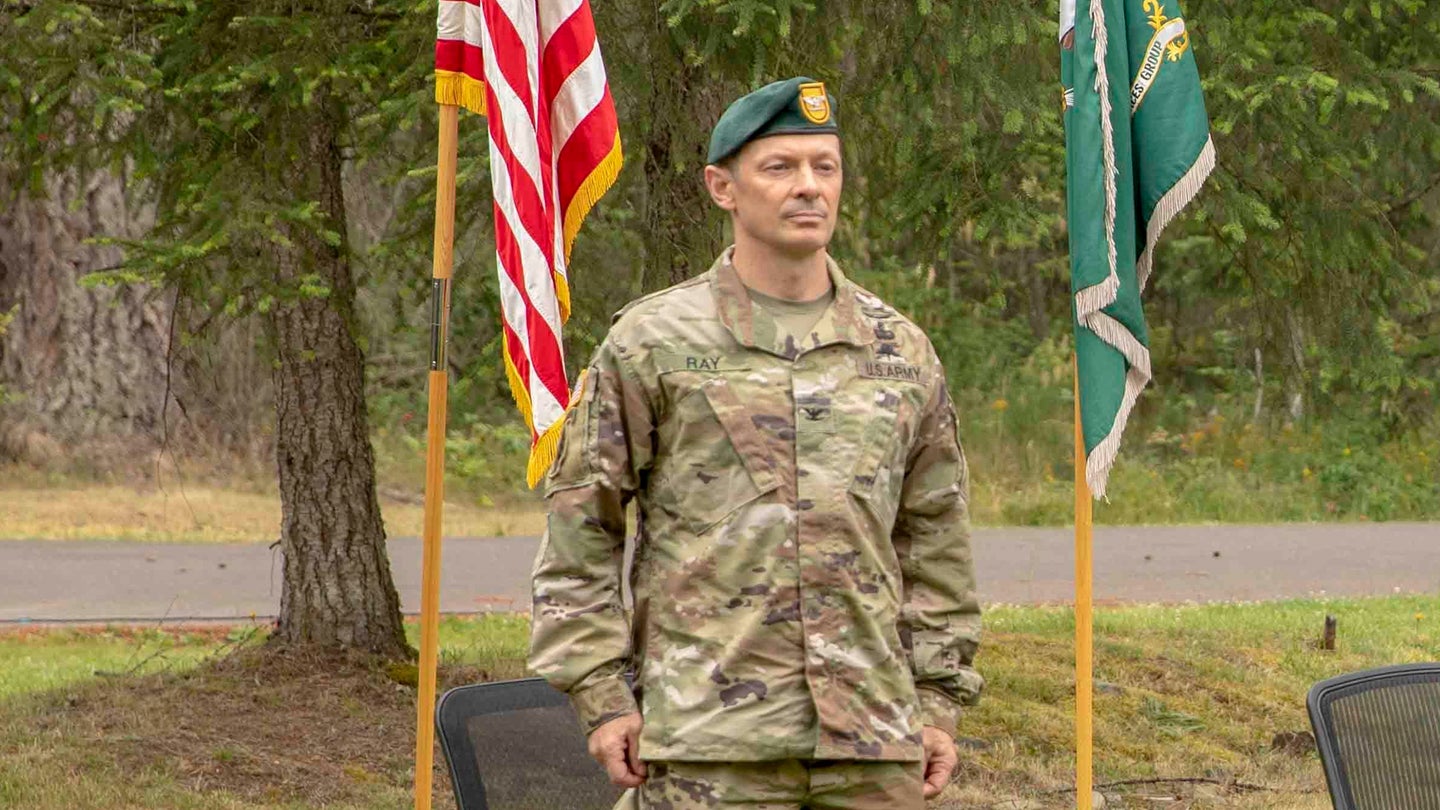 A retired Army Special Forces colonel who was arrested in 2020 for domestic violence following a two-hour standoff with police has been found guilty of assault and felony harassment, according to the Tacoma News Tribune.

Ray was originally charged with two counts of second-degree assault with a firearm, two counts of felony harassment, kidnapping in the first degree, and reckless endangerment.

According to the News Tribune report, Ray was found guilty of second-degree assault with a firearm, felony harassment, and reckless endangerment; the other charges were dismissed. Ray’s attorney has not responded to a request for comment.

Ray will be sentenced on Oct. 28, the News Tribune reported, and is facing a maximum sentence of 10 years in prison.

On the evening of Dec. 27, 2020, Ray had reportedly been arguing with his wife before she went to hide from him in their youngest child’s bedroom. After retrieving a firearm out of his garage, Ray then pointed a gun at his wife and kicked her “over and over with his boots in the face and chest,” the News Tribune reported at the time.

“The two children had woken up and were screaming, ‘Don’t kill mom, don’t shoot us,’” the charge sheet said, according to the News Tribune.

When police arrived at Ray’s home, he refused to surrender after his wife and children were evacuated from the home. The charge sheet detailing the incident said that Ray threatened to kill law enforcement if they approached him and held “a pistol to his head while standing on the balcony,” according to the News Tribune. Two hours after police arrived, Ray was taken into police custody.

Ray had an apparent history of “emotional outbursts” and berating subordinates at work, according to an Army Inspector General complaint first reported by Military Times. The complaint said Ray “created a toxic command climate” and berated and shamed people in public, while also “regularly” overreacting.

Ray wrote in November 2021 that his actions were the result of a “culmination of untreated mental and physical health issues” and “operational and career stress across a career in [Special Operations Forces], including eight deployments.” He added that he was “vilified by the media and lost my freedom” after the domestic violence incident.

The Army approved Ray for retirement as a colonel in 2021, though an official with the 1st Special Forces Command said earlier this year the command was seeking to revoke Ray’s Special Forces tab. Maj. Russel Gordon, a command spokesman, told Task & Purpose on Wednesday that the recommendation to revoke Ray’s tab is an ongoing administrative action.