This is the Army’s updated policy for transgender soldiers

"A soldier's gender identity will no longer be a basis for involuntary separation." 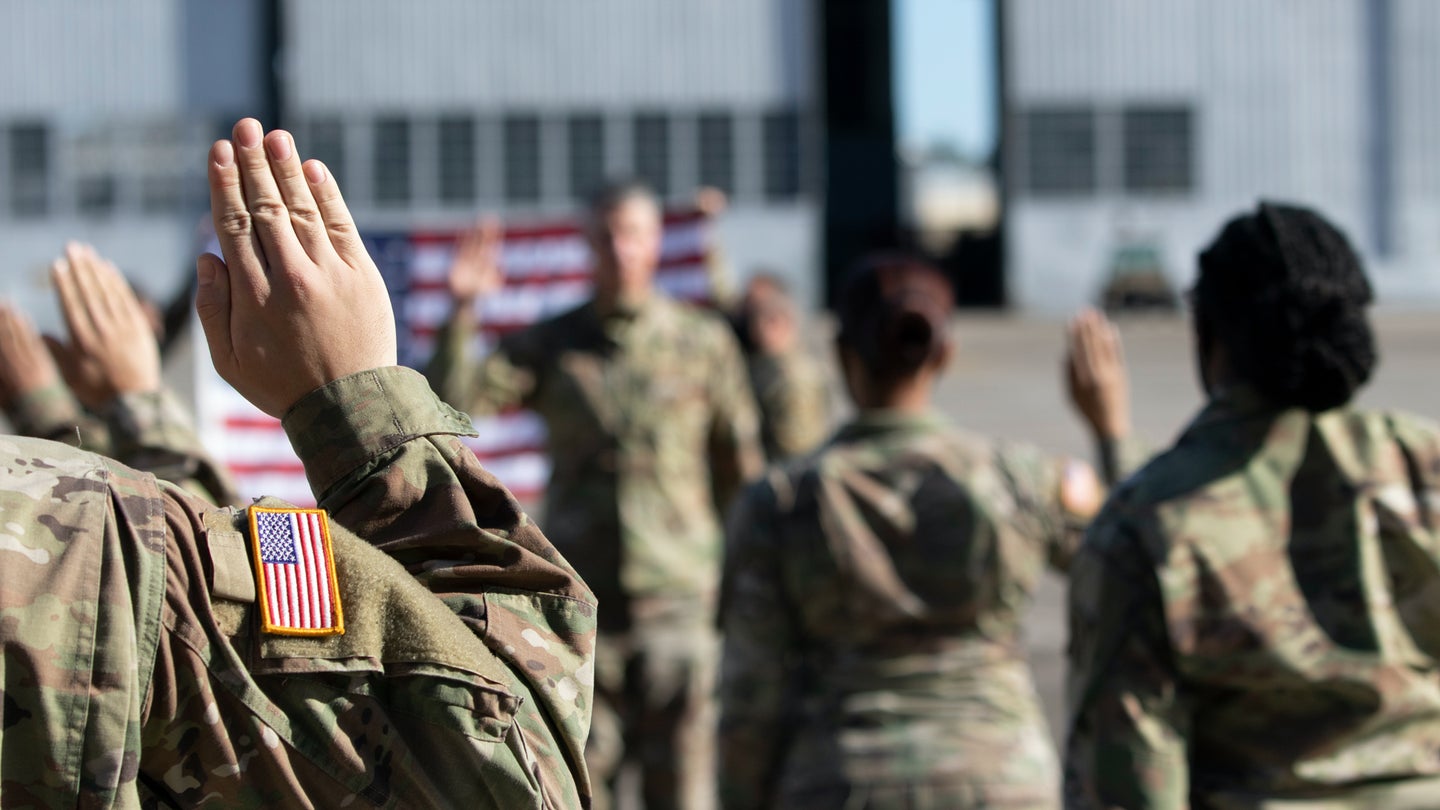 Transgender individuals are once again welcome to serve in the U.S. Army, and do so in their self-identified gender, the Army announced on Thursday.

“A soldier’s gender identity will no longer be a basis for involuntary separation or military discharge, denied reenlistment or continuation of service, or subjected to adverse action or mistreatment,” according to a press release from the service.

The new policy directive states that military medical providers “will diagnose and provide medically necessary care and treatment for transgender soldiers,” and that if a soldier receives a diagnosis “that gender transition is medically necessary,” they will be provided that care. It also says individuals must meet a requirement of 18 months of stability in their self-identified gender, and they will be able to serve in their self-identified gender. The update is a reversal of previous guidance from former President Donald Trump’s administration, which said individuals were disqualified from the military unless they had been stable for 36 months and hadn’t yet medically transitioned to a new gender.

Army Maj. Gen. Douglas Stitt, the director of the Army’s personnel management office, said that the new policy reinstates rules that existed in 2016, and gives the Army the “ability to look at a soldier, individually, with a commander, a medical provider, and … say okay, how can we support you once you come forward and say, ‘I have a diagnosis from a military medical provider that says I have gender dysphoria.’’’

Gender dysphoria is defined as “a feeling of discomfort or distress that might occur in people whose gender identity differs from their sex assigned at birth or sex-related physical characteristics,” according to the Mayo Clinic.

“The commander, the provider, and the soldier will come together and determine a path that meets the needs of the soldier balanced with meeting the training or deployment requirements of that of the unit,” Stitt said.

As for what the process will look like for soldiers, Col. Deidra Briggs-Anthony, assistant deputy health affairs for manpower and reserve affairs, said that it begins when a soldier is diagnosed with gender dysphoria. After that diagnosis, the soldier will follow up with a specialist in behavioral health, and the timeline for therapy will “vary by individuals, on a case by case basis.”

Then, the soldier will come up with a path forward with their doctor, and possibly the behavioral health specialist as well, to determine “what that treatment should be to address their gender dysphoria.” Briggs-Anthony said that treatment plan could look different for everyone:it could include a focus on psychotherapy; cross-sex hormone therapy; real-life experience, which she described as living in that gender, and surgical intervention. Not every person would have all four elements as part of their treatment plan, she said.

When that plan has been determined, it will be shared with the soldier’s chain of command “so they are tracking on what the needs are of the service member in partnership with their medical team,” Briggs-Anthony said. Depending on the course of treatment agreed upon by the soldier and their doctor, there may be times when the soldier is temporarily on a “profile,” which means that there may be limits placed on what a soldier can do. Briggs-Anthony likened the situation to a soldier who sprained their ankle and is placed on a temporary profile for physical therapy. Commanders should “approach a soldier’s gender transition in the same way they approach any soldier receiving any other necessary medical treatment,” the Army release says.

When the treatment is completed and the soldier’s doctors sign off with “validation that the service member is stable,” the soldier will be able to request to have their gender officially changed in the military’s personnel system.

According to Stitt, the Army continues to “maintain a diverse force that represents America, we must have personnel policies that ensure our people are treated with dignity and respect, and that every individual has the opportunity to excel as far as their talent and determination will take them.”

The Army will be enacting a “three-tiered training model” to ensure that the new policy is fully integrated throughout the force, which will be launched over the next year. The training will first start with the Judge Advocate General, Medical, and Chaplain Corps, along with Inspector General personnel, followed by training to educate leaders and providers. Unit-level training will come last.

All training must be finished by June 25, 2022 — a year from Friday, the Army announced.

The news comes barely a week after the Department of Veterans Affairs announced that it would expand benefits for transgender veterans to allow them to complete the gender confirmation process. That decision received criticism from Rep. Mike Bost of Illinois, the most senior Republican lawmaker on the House Committee on Veterans’ Affairs, who accused the VA for wading into the “culture wars.”

Watch next: A Service Member Talks About Being Transgender And His Support Network