A pair of Army reservists are accused of running a series of scams that bilked widows, the elderly, businesses, and at least one veterans group out of millions of dollars over a two-year period 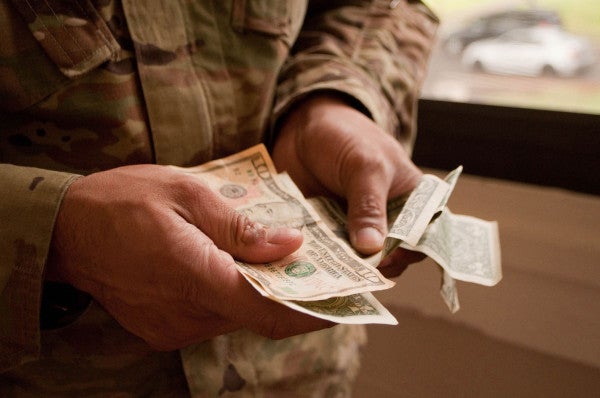 A pair of Army reservists are accused of running a series of scams that bilked widows, the elderly, businesses, and at least one veterans group out of millions of dollars over a two-year period.

The alleged graft, which was first reported by Quartz, involved Joseph Iorhemba Asan Jr. and Charles Ifeanyi Ogozy, who joined the Army Reserve in February 2018.

Within a month of enlisting, the two hatched a scheme “to commit fraud against victims across the United States,” according to a criminal complaint filing uncovered by Quartz.

The court filing states that Asan and Ogozy took in some $3 million dollars through two main schemes: by emailing companies and pretending to be an executive to trick them into wire-transferring funds; and by posing as someone else on dating sites in order to bilk unwitting older men and women out of their cash.

While there's no shortage of stories of scammers targeting U.S. service members — this author was the focus of a very poorly executed catfishing scam a few years ago — it's not often that you hear about military personnel being the ones doing it.

In one case, Asan and Ogozy allegedly emailed the treasurer of a Marine Corps veterans group posing as the company's CEO and tricked them into transferring $7,000 to a business account by the name of Uxbridge Capital, LLC.

As Quartz reported, that same company name was used for several other scams targeting business, including a chemical company in New Jersey. And that's how they got caught: the two culprits tried to get the business to transfer $422,000 through a broker in New York, but the bank flagged it and alerted the authorities of the sketchy transfer.

Asan and Ogozy were arrested in October 2019, and while a federal grand jury indicted Asan, Quartz reported that Ogozy was not indicted, which may suggest that the soldier is cooperating with federal investigators.

Turns out there's no honor amongst thieves.