Under President Obama’s new gun control plan, the Defense Department will be tasked with providing research on gun safety technology... 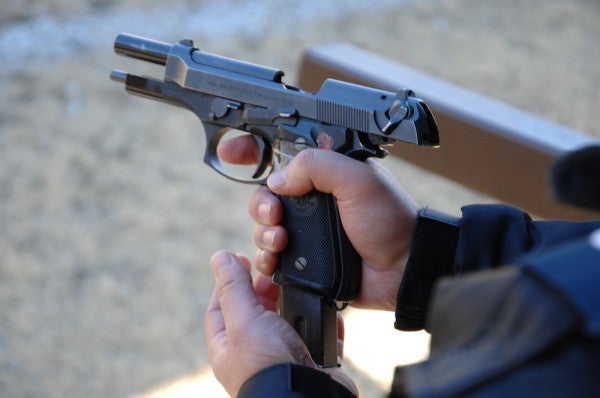 Under President Obama’s new gun control plan, the Defense Department will be tasked with providing research on gun safety technology in order to reduce the frequency of accidental discharge or unauthorized use of firearms.

For the Defense Department specifically, this will mean looking into “smart gun” technology.

According to the White House fact sheet on the issue, the president has also directed the departments to review the availability of smart gun technology on a regular basis, and to explore potential ways to further its use and development to more broadly improve gun safety.

The controversial new laws, which were signed as an executive order, are part of a broader attempt to circumvent congressional inaction on the issue of gun violence.

Obama's orders back heavier research into gun control technology and instruct the Defense Department to expand the use of it, where “consistent with operational needs.”

The plan goes on to say that the Defense, Justice, and Homeland Security departments “must prepare a report outlining a research-and-development strategy designed to expedite the real-world deployment of such technology for use in practice.”