The soldier was allegedly using and selling drugs in between his law enforcement duties. 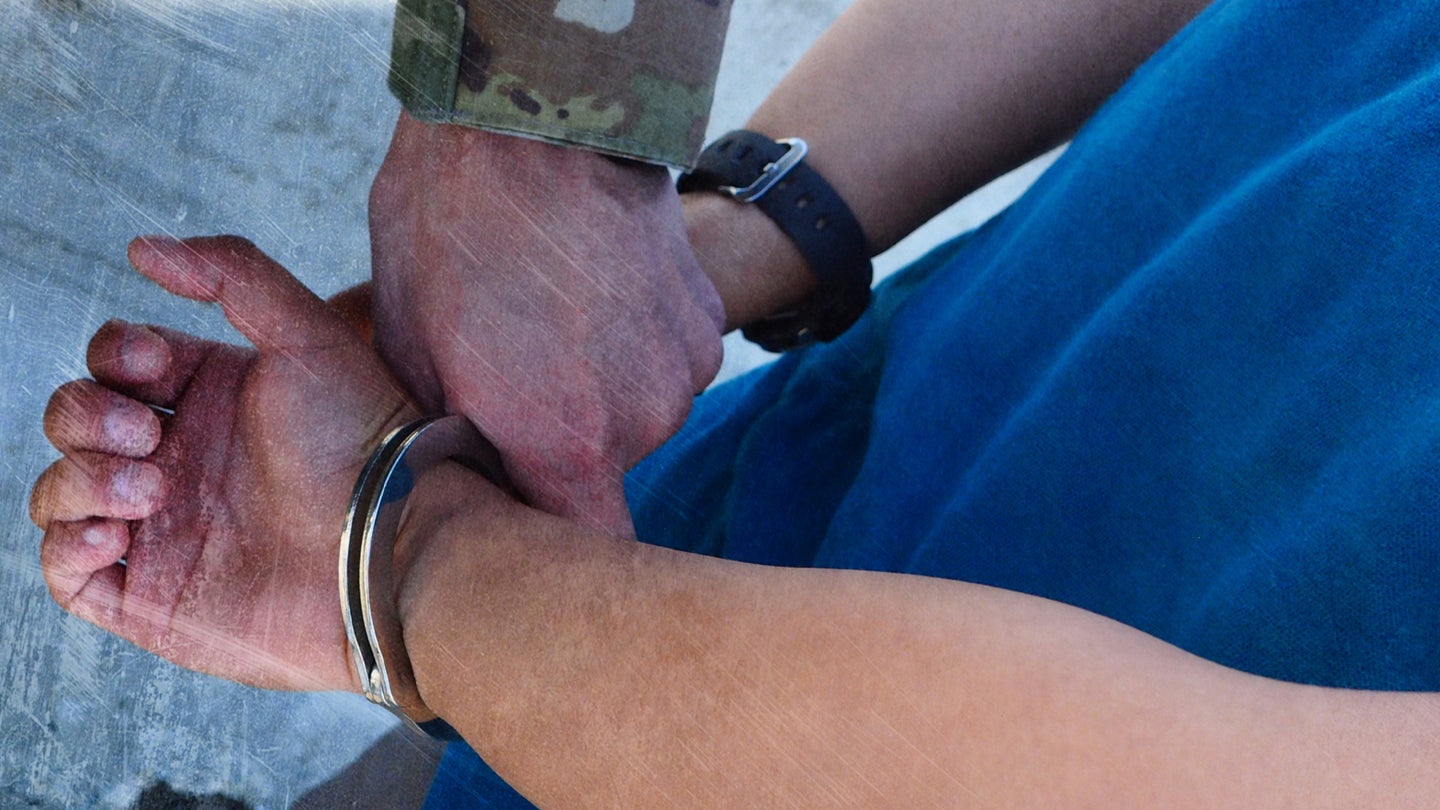 The Army’s military police branch fulfills a variety of missions in enforcing military laws and regulations. That includes traffic control, force protection and criminal investigation. Not on the list: selling Oxycodone while on duty.

However, that’s precisely what a military police soldier stationed at Fort Bragg, North Carolina, is alleged to have done.

Army Spc. Jacob A. Dickerson faces a general court-martial this coming May for multiple counts of using and distributing drugs while on duty, according to a charge sheet provided by the 18th Airborne Corps. Dickerson is assigned to the 21st Military Police Company, 503rd Military Police Battalion, part of the 16th Military Police Brigade  at Fort Bragg.

Dickerson is accused of both using and distributing Oxycodone while on duty at Fort Bragg, the charge sheet says

On Sept. 17, 2021, Dickerson allegedly distributed “some amount” of the drug, which is a Schedule II federally controlled substance, while at Fort Bragg. He is also accused of using the drug while on duty on Sept. 24.

Dickerson has also been charged with multiple felonies in Cumberland County, North Carolina., including one count of conspiracy to distribute opiates and two counts of trafficking opiates. His next scheduled court appearance is on Feb. 17. Dickerson does not currently have a date set for his court-martial.

While the military has a zero-tolerance policy on drug use, that hasn’t stopped service members of all branches from trying to dabble in all manner of illicit substances. Midshipmen have run drug rings in the U.S. Naval Academy. Air Force security personnel have been found to be dropping acid in between shifts guarding nuclear missiles in Wyoming. Marines have also shown a fondness for that particular drug, with Camp Lejeune, North Carolina changing the way in conducts checks for illegal substances after a multitude of positive tests. And one Air Force U-2 pilot went so far as to shave his entire body in an effort to avoid a drug test.

So in light of all that, the idea of an MP taking a break between handing out speeding tickets to try to move some Oxy may not to be too shocking.