Only two engines? No problem. 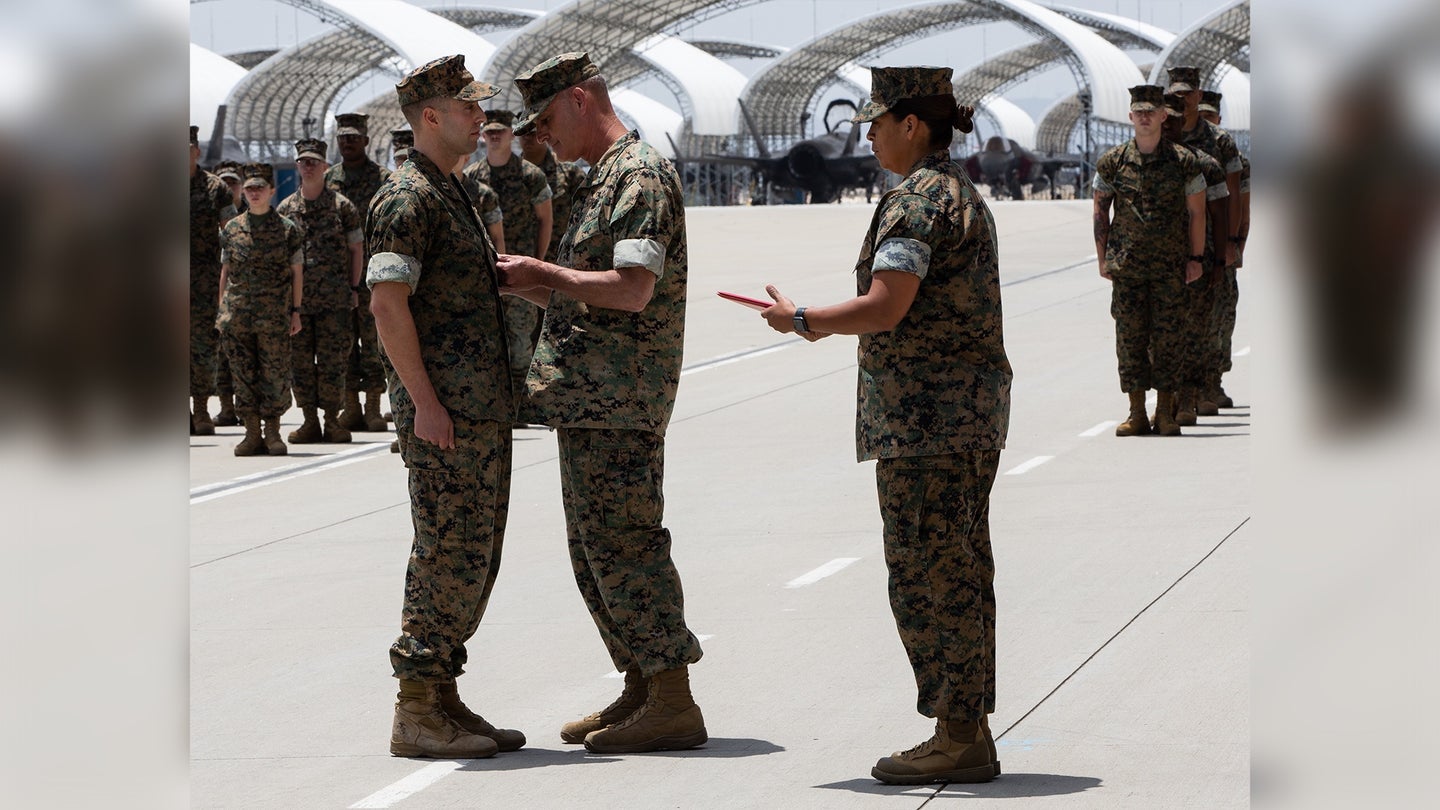 Two years after a mid-air collision between a Marine Corps tanker aircraft and the service’s most advanced fighter jet, both the pilot and co-pilot involved in the incident have now been awarded the Distinguished Flying Cross.

On May 25, Capt. Michael Wolff was presented the award — the highest decoration for flying and the fourth-highest for bravery — during a ceremony at Marine Corps Air Station Miramar, California. The other pilot involved in the collision, Maj. Cory Jones, was awarded the Distinguished Flying Cross on Feb. 28.

In September 2020, Wolff was co-piloting a KC-130J Super Hercules with the 3rd Marine Aircraft Wing when it collided with a F-35 while participating in training at The Weapons and Tactics Instructor Course in Yuma, Arizona.

“There wasn’t any time to comprehend what was going on or react, but I do remember just the immediate thought was: I can’t believe this is happening to me,” Jones, the tanker’s pilot, said during his own award ceremony earlier this year.

After the plane had lost two engines and was on fire, the crew worked to address numerous crises in the air. Jones and Wolff were able to maintain control of the tanker, which was important as the KC-130J has no ejection seats and there were only five parachutes for the eight people aboard.

The plan was to attempt a landing in Thermal, California, a tiny speck of a town in the Coachella Valley about 25 miles from Palm Springs.

However, the plane’s condition continued to deteriorate, and its altitude and airspeed were dropping fast. With a landing at the airfield no longer tenable, the KC-130J had to settle for a stretch of farmland.

And with that, the tanker came to rest in a dirt field, relatively unscathed, given the circumstances. All eight members of the tanker’s crew emerged unscathed, while the F-35 pilot was able to safely eject. The million-dollar jet made its landing in the middle of California’s Imperial Valley desert, which was captured on film.

“I’m thankful how everything turned out. I’m happy to be alive,” said Wolff, “I still love flying, and I was happy to get up in the air as soon as I could afterwards.”

Wolff added that “everyone did their part and came together.”