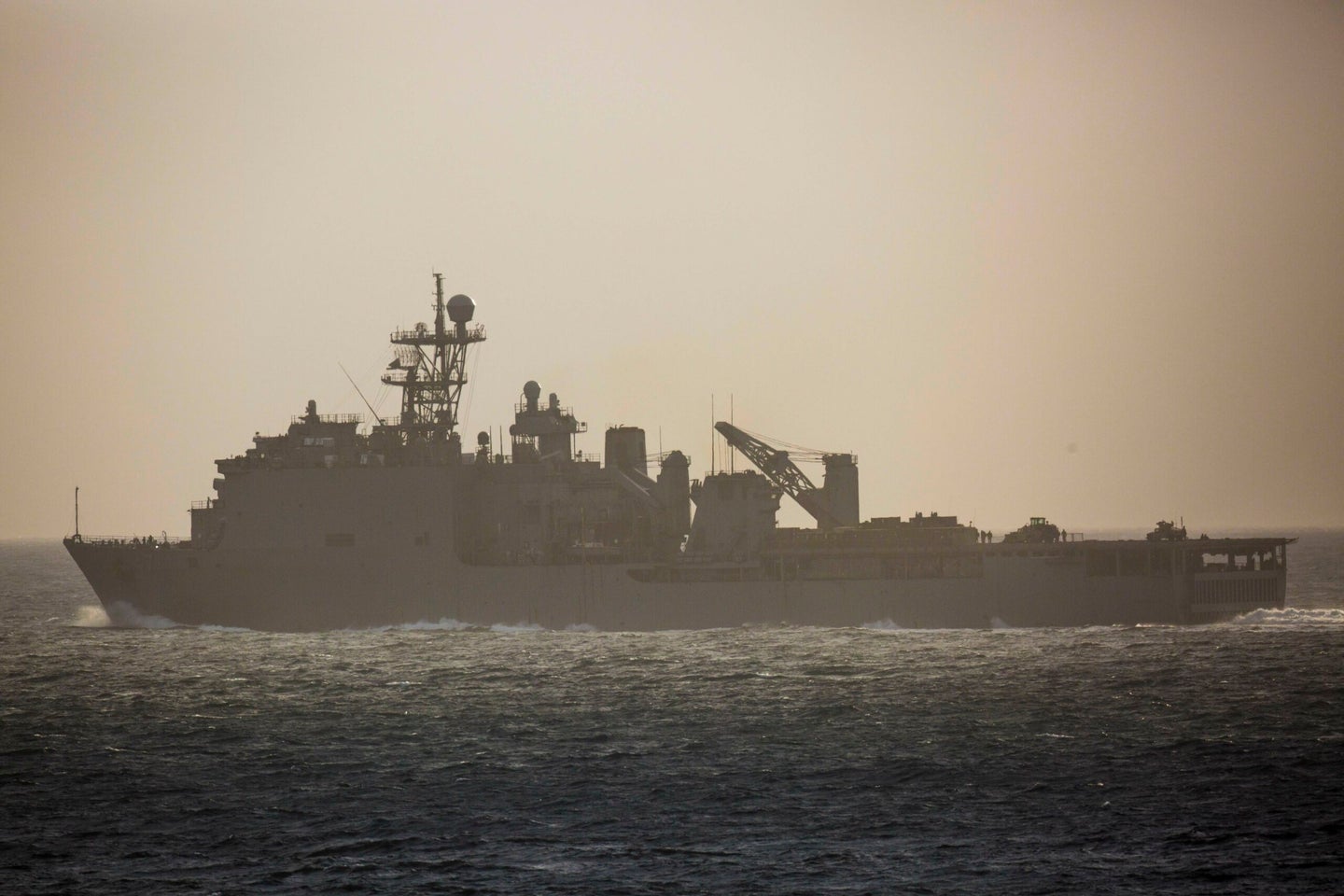 Not enough time, not enough equipment, and not enough people. That is what the crews of over a dozen ships told investigators from the Government Accountability Office in a report on actions needed to improve Navy ship maintenance delivered earlier this month.

In addition to looking at maintenance data from the Navy, investigators also spoke to 107 members of the junior and senior enlisted crews of 16 ships from around the fleet. They included submarines, aircraft carriers, guided-missile cruisers and destroyers and dock landing ships. Their comments were corroborated by “having independent analysts compile notes from the meetings.”

Sailors’ comments painted a picture of a fleet that is overworked and understaffed. It’s also been noticeably covered in rust lately. And the problem boils down to four areas of concern, according to the report: crew shortages, high operational tempo, limited maintenance training and shortages of parts and material. Many sailors also discussed difficulties in performing maintenance duties, and the generally low priority it was given.

For the sailors, the difficulties started with manpower. On one surface ship, the crew reported that six of the 13 positions in the ship’s electronics division were unfilled. On another ship, the electronics division had been reduced from 28 to 11 personnel, with only eight crewmembers left who were fully qualified to perform maintenance tasks. One ship reported that its maintenance division was only at 40 percent of its optimal crewing level.

“A submarine may borrow 10 to 12 personnel from other ships for deployment,” read one comment. “Afterward, a huge vacuum occurs when qualified maintenance personnel leave to support a deploying submarine.”

The situation was the same onshore.

“Over the last several years the Navy has consistently filled positions open to enlisted personnel at shore-based maintenance providers 20 percent or more below authorized levels,” read the report.

Due to the high operational tempo of the fleet, ship’s crews described, “operating in unsafe conditions, with safety measures circumvented or disregarded, and working 12 to 20 hours while in port, canceling leave, and also working long shifts in order to get maintenance done while underway.”

An investigation into the 2017 collision of the guided-missile destroyer USS Fitzgerald with a container vessel off the coast of Japan found that crew fatigue driven by the ship’s high operational tempo played a role in the accident, which resulted in the death of seven sailors. Likewise, the same was true of an investigation into the collision of the USS John S. McCain with an oil tanker near Singapore, which happened just weeks after the Fitzgerald incident. Ten sailors were killed in the accident.

Meanwhile, junior personnel reported in the recent GAO report they received little training while still “gaining senior status and not knowing what they are doing.”

Submarine crews reported that so-called departures from specifications — changes in approved maintenance procedures — were also increasing in frequency. According to Navy data, from 2015 to 2020, they increased from nine to 15% of all maintenance jobs in the submarine fleet.

Sailors also reported workforce shortages resulting in days that “regularly exceeded 16 hours,” and that “the hours of required maintenance exceed the hours in a day.”

One ship’s crew reported 80 hour work weeks while in port, which increased to up to 100 hours a week in preparation for deployment.

When it comes to maintenance training, sailors described it as oftentimes obsolete or not matching up with the skills actually needed aboard a ship. “Ships’ crews do not learn how to maintain equipment they are expected to repair,” read one comment.

The report identified a general trend in the Navy dating back more than 20 years – shortening formal instructor-led and hands-on training and becoming increasingly reliant on on-the-job training, even as crew sizes have been reduced.

Sailors also cited the lack of availability of formal training. Some sailors also said that the training given by the Navy was out of sync with what they actually encountered aboard a ship, focusing on systems and technology that are no longer in use. The result was sailors arriving on a ship with little practical knowledge.

A few crews even described having to “rely on social media to help solve maintenance problems.”

Parts and material shortages were also identified as problems across the fleet: Back-orders of up to two years. Obsolete parts that have to be cannibalized from other ships. Using so-called “‘duct-tape’ and ‘bubblegum’ approaches” to get ships underway.

“Crewmembers are told simply to make it work,” read one comment. “This leads to swapping parts and improvising.” The Fitzgerald investigation found that the Voyage Management System, which helps with navigation without paper charts, in the skipper’s cabin “was broken so sailors cannibalized it for parts to help keep the rickety system working.”

Some of the crews interviewed by investigators also spoke about the additional challenges of performing maintenance, from missing technical manuals to not factoring in the time it takes to perform additional duties associated with maintenance.

For a ship that is understaffed or a crewmember who lacks experience, what might be a three-hour task on paper can take twice as long.

The crews also described the common practice of using workarounds and “Band-Aids” to complete tasks.

“Essentially, a commanding officer does not want the ship to be perceived by superiors as the ‘boat that cannot get underway,’” read one comment from a submarine crew.

On another ship, “high-pressure air compressors have been broken for a long time. When a piston cracked in one of the compressors, management’s response to this problem for 3  years was to instruct the ship’s crew to use it sparingly.”

Despite the hours spent on it and the lack of parts and equipment, the low priority of maintenance was also noted.

“Crewmembers often work on Saturdays and Sundays to accomplish maintenance because it was pushed to the side given the extra duties they must complete,” read another.

Long days, last-second workarounds, sifting through a parts list that contains 1,500 excess and obsolete items and being told, simply, to “get it done” are things that are certainly familiar to any service member. But this report describes a fleet with sailors seemingly stretched to their limits.

“We’ve come from 7,700 delay days to just shy of 3,000 [in private shipyards], and my goal is to get to zero,” Gilday said. “A lot of that is predicated on putting money against the problem instead of deferring the maintenance and walking away from it. So, some of those problems those GAO reports are looking [at] a year or two years back. I’m giving you data here and now. I’m putting money against the problem. I will tell you that maintenance is funded to executable levels, as are with respect to training steaming days and flying hours.”