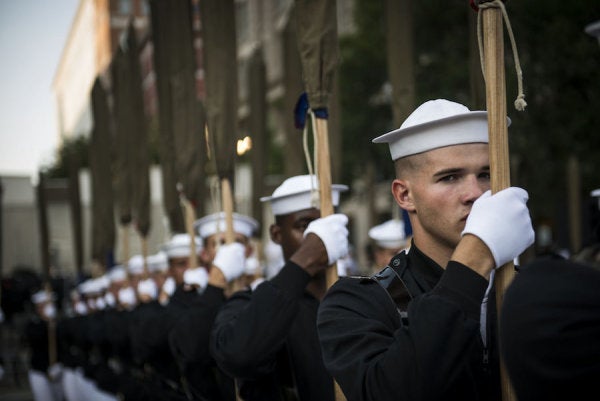 The results of the 2014 Navy Retention Survey — which received over 5,500 responses out of a pool of over 320,000 active-duty sailors — was released on Sept. 1. The self-directed, independent study, conducted by a group of active-duty members of the U.S. Navy, was commissioned to best determine what concerned sailors the most, and how likely they would be to stay in the Navy in regards to those concerns.

The 120-question study was geared primarily toward three categories concerning quality of work, quality of life, and quality of leadership. But regardless of the questions, the survey is far from representative.

A number of demographic issues spring up concerning the sailors who actually responded to the survey. More than 56% of the respondents were officers, including warrant officers, though they compose only 15% of the Navy, an overrepresentation of over 300%. Of that number, 54.3% were junior-grade officers, with field grade officers rounding out another 40.3%.

Among enlisted respondents, there was a similar overrepresentation of mid-to-high ranking petty officers. Only 10.4% were from junior enlisted.

Here is a look at the breakdown of the survey.

•Of those asked, 49% said they did not want their boss’s job, as opposed to 39% who did, and another 12% that didn’t know. Cited reasons were worries over increasing risk aversion and high administrative burdens. Paperwork can be a killer, as any officer can attest.

•Operational tempo responses seemed out of step with the six-month average deployment length the Navy has reported over the past years. Nearly 42% of sailors reported their last deployment was seven-to nine months in length, with 47.4% expecting future deployments to last eight-to-ten months. The discrepancy is unexplained by the data.

•More than 62% of sailors are unhappy with their work-life balance, as opposed 21.6% who are satisfied with it. Long tours at sea far from their families are routine for sailors and fleet Marines even in peacetime as part of normal naval operations.

•Morale, or at least the perception of morale, is an issue. Only 17.7% of sailors consider morale to be excellent or good, as opposed to 42.2% who consider it marginal or poor. Whether this is the normal griping endemic to every service of the military or a larger problem is unclear. The paucity of data from junior enlisted makes this difficult to determine.

•The data concerning the stated goal of retention is fairly good news for the Navy. Fifty-seven percent of respondents were at least interested in retiring at 20 years, with 38% considering staying in longer. The skewing of respondents to mid-level officers and enlisted with a number of years in already may explain the positive numbers. Twenty-three percent stated they would leave as soon as possible.

•Fifty-nine percent of respondents believed they were making a difference with their jobs, 21% neutral, and 19% in the negative. An 80% rate of at least equanimity with their positions would seem to bode well.

Survey responses were not compulsory, and it is natural that more attention would be paid to it by mid-to-high ranking sailors who have had longer careers. Sixty-six percent of those polled had between three and 15 years of service, of whom a reenlistment or multiple reenlistments are the most likely.

The skew toward mid-level officers and enlisted also makes sense considering that sort of experienced and trained personnel would be a high priority for retention. It is much easier to train and replace a seaman than a petty officer first class, where turnover would create more of a problem.

It is disconcerting that in seeking detailed knowledge over sailors’ attitudes toward the service and their prospects of staying in, the survey should be so skewed toward a relative fraction of the total Navy. If commanders are to use this data in any reform decisions, it should be more representative of the Navy as a whole. The junior enlisted of today will be the senior enlisted of a decade from now, and retention of quality recruits is essential toward that goal.

At any rate, there are serious doubts concerning the heart of the matter with the survey, whether the data would be used by commanders in their decisions concerning policies to improve retention. Sixty-two percent of respondents did not believe that senior leadership would take any action concerning data from the survey. Given how few junior enlisted even bothered responding, perhaps this attitude is even more widespread than the survey indicated.