The unfortunate truth of why we’ll never have space marines, according to science or whatever

"We’re not likely to see this being operationally considered, but it is fun to play around with the idea." 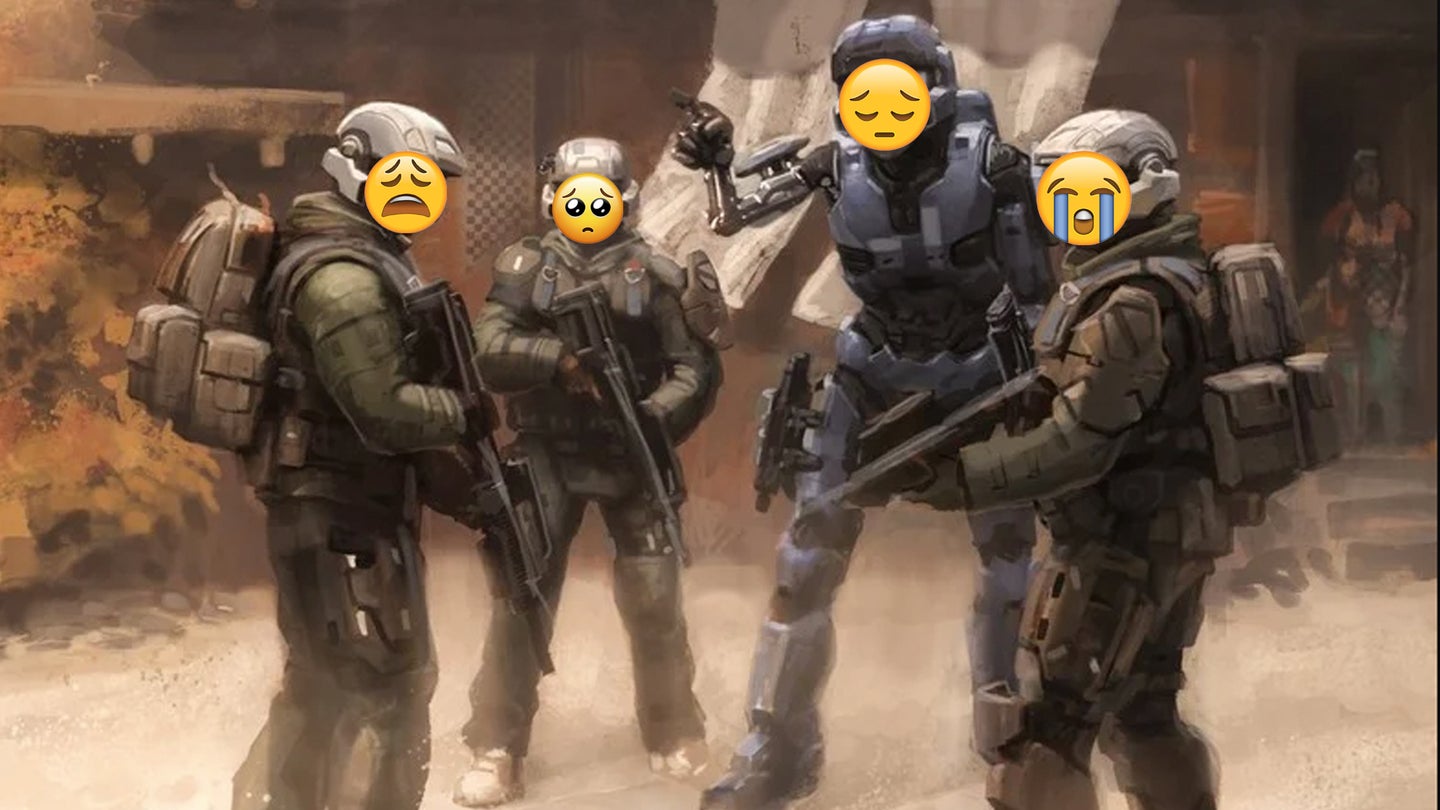 When it comes to science fiction tropes, few are more widespread or more fun than the space marine, a swash-buckling, locked-and-loaded trooper ready to invade a planet, board an enemy space battleship, or anything in between. But what are the chances of space marines actually existing in real life the way they do in Aliens, Warhammer 40,000, or so many other beloved sci-fi universes?

The odds are basically nil, said aerospace expert Brian Kirkpatrick in a lecture on Thursday, at least in the foreseeable future. The difficulty of space-based operations, the lack of a dedicated vehicle for space marine-type crews, and the sheer expense of developing and manning such a unit make it difficult to justify the small number of missions which space marines may be able to undertake. Still, working with the space marine concept opens up new ideas for how to think about warfare in the final frontier, he said.

“We’re not likely to see this being operationally considered, but it is fun to play around with the idea and do a little bit of analysis,” Kirkpatrick explained during NavyCon, a conference hosted by the U.S. Naval Academy where panelists apply the lessons learned from military science fiction to real-world national security issues.

“I would love to see a little bit more wargaming in the policy and doctrinal trades,” Kirkpatrick said. “What kind of impact does this have on the back and forth in strategic calculus, for example?”

A senior systems engineer by trade, Kirkpatrick presented a 12-page paper he wrote on the possible applications of modern-day space marines. One possible mission could be targeting enemy communications satellites, which are juicy targets since they serve as command and control nodes. COMSATs also frequently occupy geosynchronous earth orbit, the highest level of orbit, where it also takes less fuel to maneuver spacecraft.

While there are ways to electronically jam communications satellites from Earth or from other satellites, many have robust anti-jamming features that could survive such attacks, Kirkpatrick explained. Completely destroying an enemy satellite is another possibility, but that poses the risk of creating debris clouds in orbit that could threaten friendly satellites. Plus, many tactical situations may arise that simply cannot be programmed into a machine, so a human crew with a pair of bolt cutters could be a better, more adaptable way of satellite sabotage.

“A space marine with a pair of wire clippers or bolt cutters is going to be able to do a lot of damage to any possible satellite,” Kirkpatrick explained. “It doesn’t actually take lasers. And all of those attack mechanisms will not be destructive,” meaning non-debris generating.

But getting the space marines to and from the communications satellite is the real challenge. As of now, there is no small vehicle that could take a fire team of four or so Marines up to geosynchronous orbit, support them exiting the vehicle for a spacewalk and take them back to Earth. Aerospace manufacturer Boeing has proposed plans for an X-37C, a human-rated version of the X-37B test vehicle used by the Air Force, which could carry up to six astronauts, Kirkpatrick said. There is also the Sierra Nevada Corporation’s “Dream Chaser,” which could carry seven astronauts. However, no such vehicle has been flight-proven or human-rated at the required scale. The vehicles would also have to be modified to accommodate life support and an air lock, and the cost and time needed to develop such a vehicle makes the possibility a remote one.

“We in aerospace engineering have rules against developing a launch vehicle” specifically for one program, Kirkpatrick explained on Thursday. “There’s just too much that can go wrong and you’re virtually guaranteed to lose all your money.”

But even if the supposed space marines had such a vehicle, there’s still the tricky proposition of spacewalking to the target and back. Spacewalking is a complicated, dangerous process even when the astronauts train for months in advance of a mission, Kirkpatrick explained.

“If you’ve ever seen or watched astronauts rehearse [extravehicular activity] procedures, for example, in NASA’s big swimming pool, this is something that is very choreographed and practiced,” he said. “And that’s for very specific instances where there are no variables, right? Nothing uncertain, but there’s a lot that a human would need to adapt to in this sort of space marine operation.”

While that adaptability is one reason humans may be better suited for satellite disruption than machines, it also involves considerable risks to the humans. The risk is partly why EVA missions and the launch of crewed space missions are usually planned months, if not years in advance, but that planning may not be possible in the need-to-go-now world of military operations.

To maintain a quick reaction force of satellite-wrecking space marines, the military would need a stable of launch vehicles, facilities and crews standing by to launch a space marine team and vehicle at a moment’s notice, which would incur its own significant costs and training time. All of these costs bring up the question of what the objective of space marine operations would be.

“Are [crewed space military operations] best employed as a strategic deterrent, publicized but rarely utilized?” Kirkpatrick asked in his paper. “Or should they be utilized as [special operations forces]-like activities targeting national infrastructure (deniable but regularly utilized)? Doctrinal questions such as these are open-ended, unresolved, and may even warrant an excursion of their own.”

In short, while the possibility of space marines is tempting and potentially useful, it would be incredibly expensive and dangerous to pull off. But things can change. After all, Kirkpatrick noted his surprise at seeing the Air Force’s recent announcement that it would invest $48 million in a “rocket cargo” platform that could transport a crew of special operations troops anywhere on Earth in an hour using a point-to-point rocket that would briefly fly through space. These technologies offer new possibilities that may bring space marines closer to reality, but it’s still a long shot.

“Are space marines ever going to happen the way that we see them in science fiction?” Kirkpatrick asked. “Probably not.”