Detecting and identifying pathogens is a key part of defending against biological warfare. 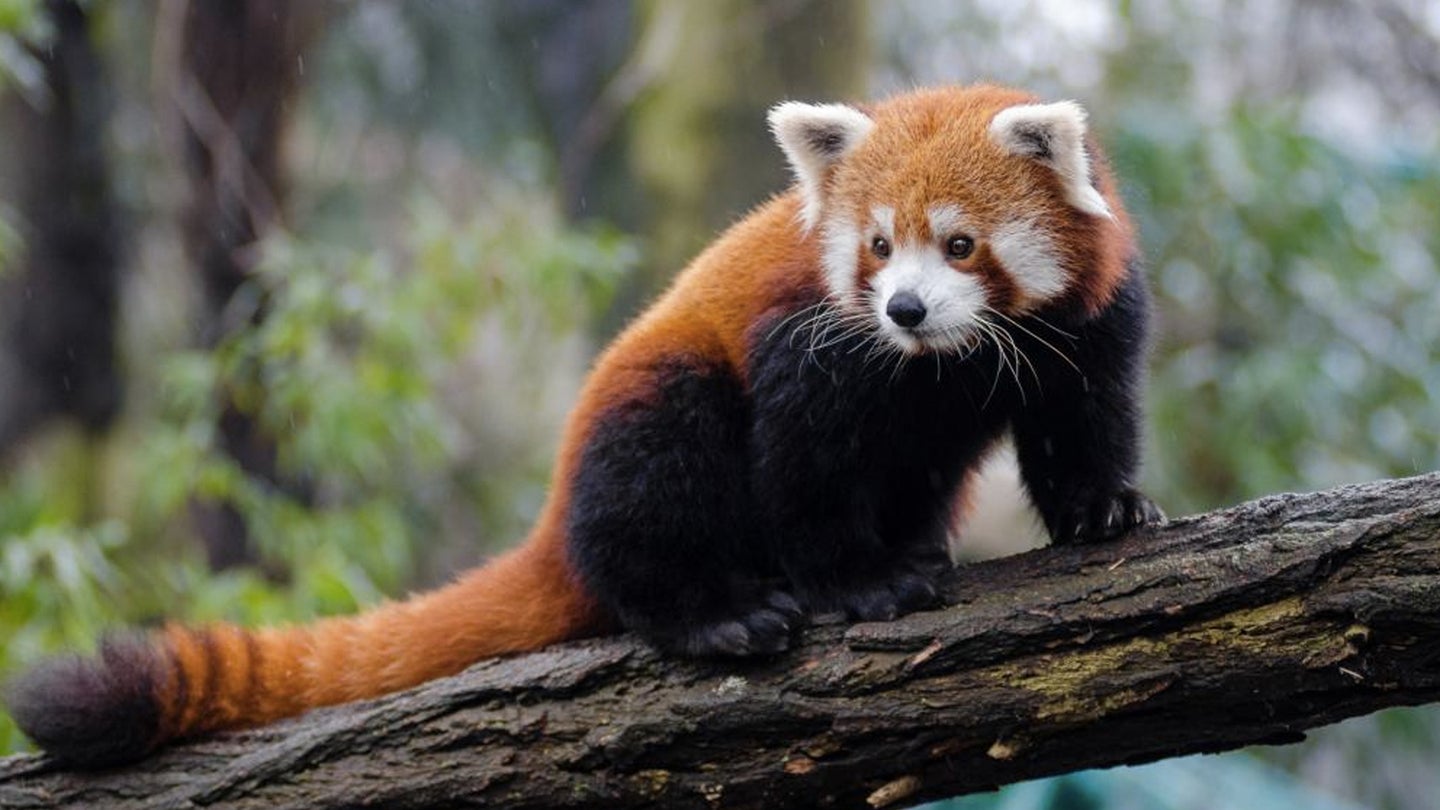 A U.S. Army medical team contributed to an investigation into the cause of death of a Red Panda at the Smithsonian’s National Zoo and Conservation Biology Institute and the findings will ultimately help to protect the endangered species. (Mathias Appel).
SHARE

U.S. Army scientists investigated the death of a rare critter earlier this year: a red panda associated with the Smithsonian’s National Zoo and Conservation Biology Institute (NZCBI). The Army scientists were brought in because of their deep expertise in the field of pathogen discovery and microbiology, which the Smithsonian needed to identify what kind of biological agent killed the panda. That information helps protect the red panda worldwide.

“Red pandas are endangered and legally protected in India, Bhutan, China, Nepal and Myanmar,” Dr. Neel Aziz, a veterinary pathologist at the NZCBI, said in an Army press release on Tuesday. “Learning the specific genus and species of pathogens that affect red pandas will help conservation medicine at the wildlife-domestic animal interface and wildlife-human interface.”

It was not immediately clear which red panda had died. In October, CNN reported that Rusty, a red panda who enjoyed 15 minutes of fame in 2013 for escaping the National Zoo and wandering through Washington D.C., had died at the age of 10, though Rusty had been transferred to the Pueblo Zoo in Colorado before his death. Whoever the poor red panda was, the knowledge gained from his or her death “will ultimately help protect the endangered species,” according to the press release.

The Army team included four soldiers and two civilians who conducted transmission electron microscopy studies on tissues from the panda’s brain in order to identify the protozoa there. One of the soldiers, Maj. Mathanraj Packiam, has a doctoral degree in microbiology and immunology, so this was right in his wheelhouse.

“Pathogen discovery or detection of an unknown pathogenic agent in a sample is my passion,” he said in the press release.

Packiam knows his business: according to the press release, the soldier recently passed the American Board of Medical Microbiology exam, a six-and-a-half hour ordeal with 200 multiple choice questions that historically has a 20% success rate for non-fellowship candidates. Packiam’s colleagues in the Ukrainian military even took to calling him “The Professor,” during a 2021 training exercise in diagnostic testing and field identification of biological threat agents.

Packiam’s expertise paid off while investigating the death of the red panda. At first, the scientists suspected the pathogenic agent was Toxoplasma gondii, a disease-causing parasite for which cats serve as the most likely source of infection in a zoo setting. But the team discovered that the agent that killed the panda was actually Sarcocystis neurona, for which opossum is the most likely source of infection. With that knowledge the zoo can better protect its red pandas, Packiam explained.

Identifying pathogens is not just helpful for endangered species, it also is a useful skill for defending against biological warfare. After all, it is difficult to fight a threat without knowing what it is and how to defeat it. In fact, identifying threats is the key mission of Packiam’s unit, the 1st Area Medical Laboratory.

“The mission of the AML is to identify and evaluate health hazards in an area of operation through unique laboratory analyses and rapid health hazard assessment of nuclear, biological, chemical, and occupational and environmental health threats,” Army scientists wrote in a 2016 paper about the 1st AML’s response to the 2014 Ebola outbreak.

“Identification of unknown etiological agents in the sample plays an important role both as a clinical microbiologist working in hospital as well as a subject matter expert working towards theater-level validation for the 1st Area Medical Laboratory,” said Packiam, who also serves as officer-in-charge of bio-surveillance at the U.S. Army Medical Research Institute of Infectious Diseases, the Army’s center for researching medical countermeasures against biological warfare.

Though national security news today often deals with high-tech weapons such as hypersonic missiles, loitering munitions and even laser rifles, the World Health Organization still considers biological agents to be a serious concern, with an increasing risk of terrorists using them in an attack. Those kinds of threats are what Packiam and other experts at 1st AML are meant to help stop, said Col. Matthew J. Grieser, the unit commander, in a September press release.

“We have a world class team here that is capable of working together with joint, interagency and allied forces to confront and defeat the most dangerous hazards in the most austere conditions,” Grieser said.