A junior sailor who just completed a six-month deployment on USS Nimitz was found dead with his wife in their... 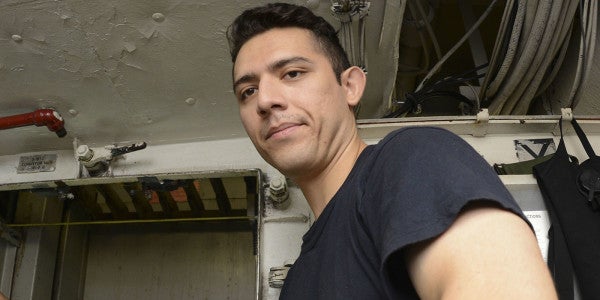 A junior sailor who just completed a six-month deployment on USS Nimitz was found dead with his wife in their Bremerton, Washington, home last week in an apparent murder-suicide, police say.

Police on Dec. 20 identified the deceased couple as Airman Francisco Rivera, 23, and his wife, Marie Aurora Rivera, 22, both natives of Anchorage, Alaska, according to the Kitsap Sun. Detectives, who had been called to the home last Wednesday after friends found the remains, told the Sun that Rivera fatally stabbed his wife “multiple times” before hanging himself.

Rivera enlisted in the Navy in late 2015 and had no negative disciplinary marks in his record, service officials told Navy Times Dec. 20. The airman had reportedly sailed with the Nimitz carrier strike group for its recent Pacific and Arabian Gulf deployment, in which the carrier visited 10 ports from Hawaii to Dubai and flew at least 1,000 sorties in Iraq and Syria, according to Navy officials.

The Nimitz returned to its Bremerton homeport on Dec. 10, just three days before police found the Riveras’ bodies.

In addition to the service’s investigation, Bremerton police are also looking for facts related to the case. Anyone with relevant information can contact them at Bremerton Police at 360-473-5228.