The OTV-6’s landing was heralded by a series of sonic booms. 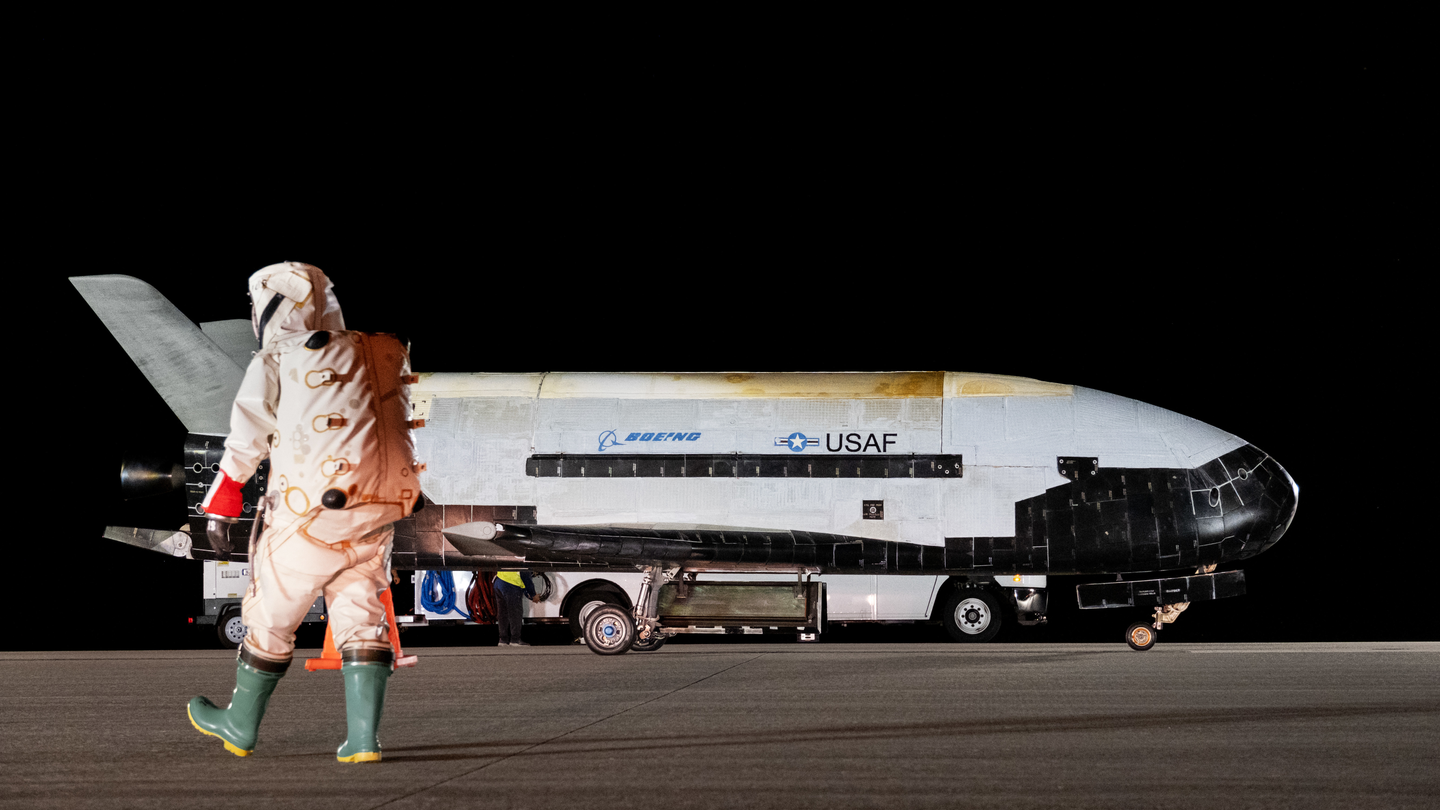 Space Force’s high-tech, uncrewed space plane is back on land. The X-37B returned to NASA’s Kennedy Space Center Shuttle Landing Facility this morning just after 5:22 a.m. Eastern Time. When it touched ground, it wrapped up a record setting 908 days in orbit.

Before Space Force officially announced its return, aerial watchers speculated it had returned to Earth due to a series of sonic booms across Florida in the morning. Photos released by Space Force show crews in hazmat suits inspecting and moving the 30-foot-long craft. This was the sixth of the X-37B’s missions to space, hence the name Orbital Test Vehicle-6 or OTV6.

The mission launched on May 17, 2020, using an Atlas V rocket to achieve liftoff. This mission was nearly four months longer than the previous record-setting OTV-5, which spent 780 days in orbit. The reusable space plane’s exact purpose has been kept under wraps, as have the intended lengths of each mission, although each flight has seen it exceed the previous one’s length in orbit.

This mission also set the record for the most equipment carried onboard into space. The notable addition to this sixth mission was a service module, which expanded the X-37B’s capacity. Space Force did not disclose the full list of experiments and equipment carried on OTV-6, but two tests included the effects of radiation on different materials and the impact of space on seeds. OTV-6 also deployed the U.S. Air Force Academy’s FalconSat-8 satellite into orbit.

“The X-37B continues to push the boundaries of experimentation, enabled by an elite government and industry team behind the scenes,” Lt. Col. Joseph Fritschen, Department of the Air Force’s Rapid Capabilities Office’s X-37B Program Director said in a statement. “The ability to conduct on-orbit experiments and bring them home safely for in-depth analysis on the ground has proven valuable for the Department of the Air Force and scientific community. The addition of the service module on OTV-6 allowed us to host more experiments than ever before.”

Said service module was detached from the X-37B before reentry, in order for the craft to make reentry as intended. That, per Space Force, will be “disposed of” in the coming weeks. In his comments on the mission, Secretary of the Air Force Frank Kendall seemed to criticize China’s policy on rocket debris.

“The deliberate manner in which we conduct [on­-orbit] operations-to include the service module disposal-speaks to the United States’ commitment to safe and responsible space practices, particularly as the issue of growing orbital debris threatens to impact global space operations,” Kendall said in a statement.

China’s Long March 5B rocket has had debris, like boosters, fall back to Earth without measures in place to steer pieces away from populated areas. No one has been hurt yet, but debris has hit Malaysia and the Philippines. NASA Director Bill Nelson said that China is taking “unnecessary risks” by not sharing trajectory data.

Space Force, which took over the X-37B program from the Air Force after it formed in late 2019, has not yet scheduled a seventh mission for the space plane.