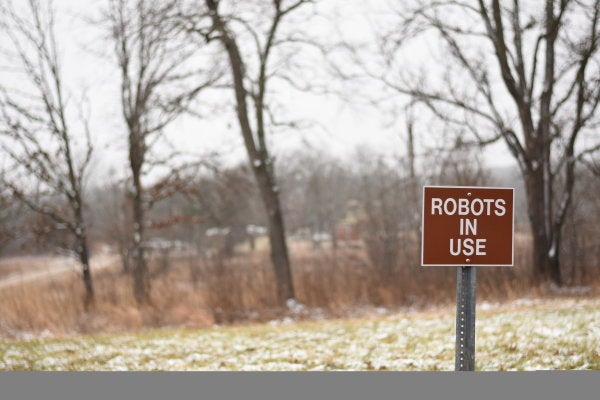 The Task Force, based out of Carnegie Melon University's National Robotics Engineering Center and situated under the Army's new Futures Command, plans to “modernize processes used to equip and protect soldiers, enhance readiness and increase the Army's capabilities,” according to a CMU press release.

It's first priorities are getting AI into humanitarian assistance and disaster relief, per CMU, as well as situational awareness and equipment maintenance. Army Secretary Mark Esper said in a press release that the task force and AFC will “identify existing and ongoing machine learning initiatives within the Army” and “identify a framework…for implementation of small machine learning projects” that can eventually pave the way for larger projects.

But some have concerns over how AI could be used in war, and eventually civilian law enforcement activities. Sure, SkyNet may be a work of fiction, but advocacy director at the Arms Division of Human Rights Watch, Mary Wareham, NEXTpittsburgh that things “are going to get out of hand” without explicit guidelines in place.

“We need to prevent the development of weapons systems that lack significant human control,” Wareham said.

While CMU President Farnam Jahanian previously said that conversations about the ethical applications of AI within the military is one of the “important benefits” of having the task force working out of CMU, those concerns extend beyond the Pentagon The issue of “killer robots” came up last fall during U.N. meetings in Geneva, when the U.S. joined Russia, Israel, and others to block talks on a potential ban on fully autonomous weapons.

Silicon Valley has also had to confront the idea of developing AI for the military; Google said last year that the company would not develop AI for “weapons or other technologies whose principal purpose or implementation is to cause or directly facilitate injury to people,” according to Wired.

But don't expect the Army to shy away from the research. At the task force's launch at CMU, NEXTpittsburgh reports that Espert said “lots of countries…would do this stuff regardless of what the international community says.”

AI will eventually be “in everything we do” whether we're ready for it or not, but Army Futures Command commander Gen. John M. Murray said, per NEXTpittsburgh: “It is not a question of if these technologies will change the character of war, it is only a question of when.”

SEE ALSO: This Is Not How 'Skynet' Begins, Air Force Says of Artificial Intelligence Efforts