The US and NATO have reportedly shipped 17,000 anti-tank weapons to Ukraine

"I see it; I shoot; then I can run away, reload, and get ready for another one." 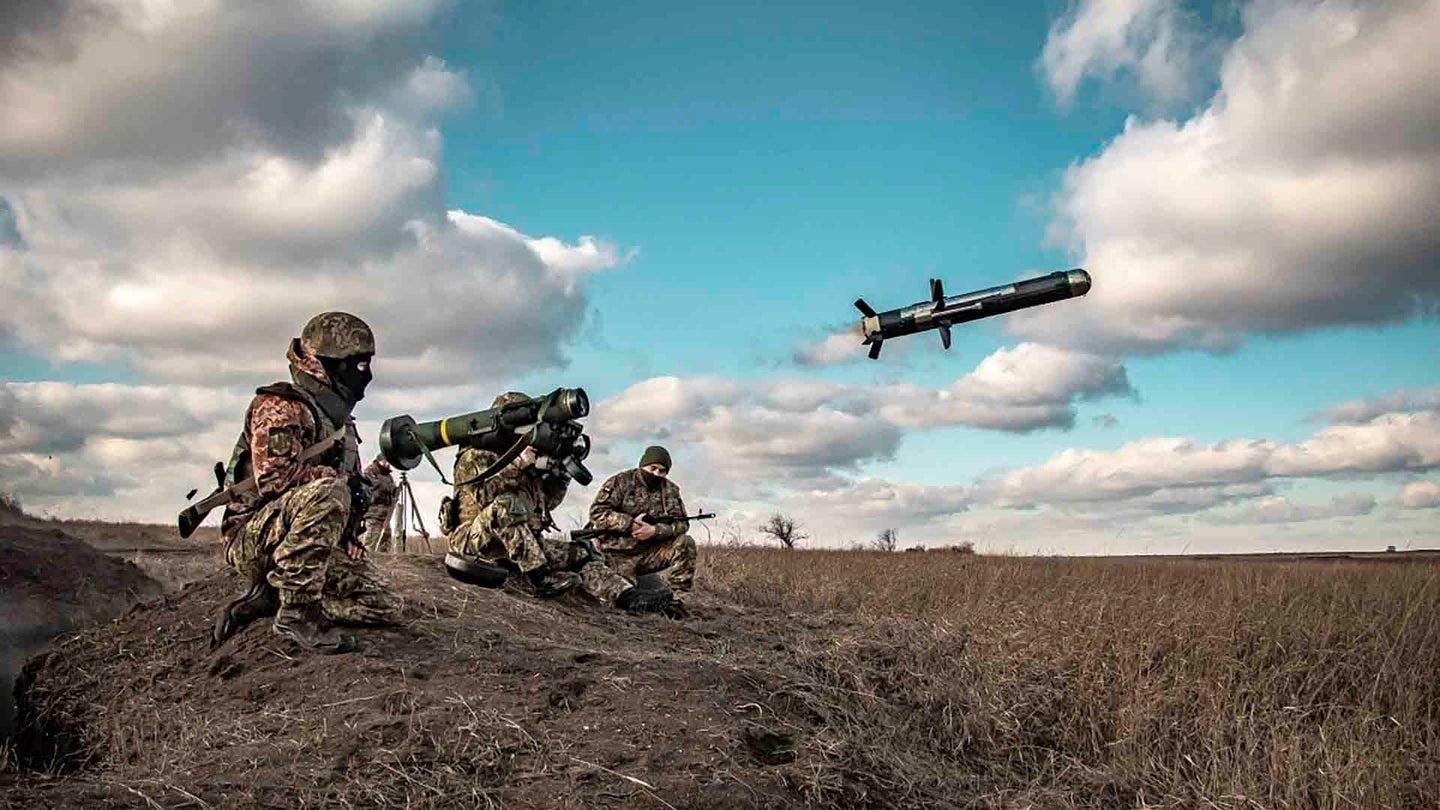 The United States and its allies are reportedly flooding Ukraine with weapons to destroy Russian tanks as part of a wider effort to arm and support the Ukrainians, The New York Times first revealed.

“In less than a week, the United States and NATO have pushed more than 17,000 antitank weapons, including Javelin missiles, over the borders of Poland and Romania, unloading them from giant military cargo planes so they can make the trip by land to Kyiv, the Ukrainian capital, and other major cities,” the New York Times reported on Sunday.

On Feb. 25, President Joe Biden authorized an additional $350 million of military aid to Ukraine, including Javelins and Stinger anti-aircraft missiles, according to Defense News. U.S. officials have been tightlipped about the numbers and types of arms that Ukraine is getting. The Defense Department would not confirm that more than 17,000 anti-tank weapons have been sent to Ukraine, Pentagon spokesman John Kirby told Task & Purpose on Monday.

To Rep. Mike Waltz (R-Fla.), the figure cited by the New York Times sounds “extraordinarily high,” especially considering he’s seen reports of Ukrainian volunteers being told no weapons are available for them.

“On the figure: That is much higher than we’ve been briefed,” said Waltz, an Army colonel and Special Forces officer who serves on the House Armed Services Committee. “Is that 17,000 pledged or 17,000 in their hands? And what’s the breakdown because it’s certainly not that many Javelins or even NLAWs [Next generation Light Anti-tank Weapons]. I’m curious what they’re classifying as an anti-tank weapon.”

Waltz also lamented that the United States waited too long to begin sending Stinger missiles to Ukraine, arguing that many Ukrainians would still be alive if they had Stingers on the first day of the Russian invasion.

When asked if the Russians might retaliate against the United States for providing lethal aid to Ukraine, Waltz said that at some point the Russians are likely to attack supply convoys bringing weapons into the country.

“I can’t imagine that they’ll be able to project the forces to actually try to close the border, but I do think that they are going to do whatever they can – they, the Russians – to locate these convoys and hit them, absolutely,” Waltz. “And the Defense Department is working on diversifying the locations from which things are being sent in.”

How often the Ukrainians have used anti-tank guided missiles that they have received remains unclear. Videos and pictures shared on social media purportedly show the Ukrainians using Javelins to destroy Russian tanks, but those claims cannot be independently verified.

One reason why the United States and other NATO members may be sending Ukrainian forces so many Javelins is that unlike more sophisticated weapons systems, Javelins are relatively easy to operate.

It can take just 20 or 30 minutes to learn how to use a Javelin; the weapon’s targeting pod feels a lot like a video game, making it even easier for younger troops to be trained on; and the Russian convoys that stretch for miles without any air support provide target rich environments for Ukrainians armed with the weapons, two Marine veterans told Task & Purpose. Javelin missiles have two modes of fire which allow operators to strike targets from above or straight on. The weapons can also be used against slow or low-flying aircraft.

Another major advantage of Javelins and Stinger anti-aircraft missiles is that both weapons are “fire and forget” systems, said Marine Col. James W. Frey, a senior military fellow at the Center for a New American Security think tank in Washington, D.C.

“That’s what is key to both of these weapons systems: You can be exposed just for a brief time; you shoot the weapon, it’s going to have a signature; but then you can move as the weapon is in flight,” Frey told Task & Purpose.

Javelins have a long range and by hitting targets from above, they strike military vehicles at the point where the armor is weakest, Frey said. Unlike the older BGM-71 TOW anti-tank missiles that require gunners to keep their crosshairs on the target after firing, Javelin operators do not have to guide missiles to their targets.

“The Javelin, where it’s effective is: I see it; I shoot; then I can run away, reload, and get ready for another one – and that weapon is most likely going to hit the target,” Frey said. “By the time the enemy sees you, you’ve moved from your position.”

Frey, who has been in the Marine Corps for 30 years, also has extensive experience with Stinger antiaircraft missiles, which are particularly effective against targets that the operator can see, such as low-flying helicopters and fixed-wing aircraft that are either taking off or landing.

“It’s very hard to defeat a Stinger,” Frey said. “If you can see your target, generally you’ve got a pretty good probability of a kill against it.”

For the moment, the Ukrainians have managed to keep the Russians from enveloping most of their country. But even if the capital Kyiv falls, the Russians may have to wage a counterinsurgency campaign.

Retired Army Gen. David Petraeus, who led the U.S. troops in both Iraq and Afghanistan, said Ukraine’s ability to launch an insurgency against the Russians will depend on how much of the western part of the country that it can retain control of.

“It would be there from which that insurgency could be prosecuted,” Petraeus told Task & Purpose. “Without that, the situation would be vastly more complicated.”

The Russians have not committed enough troops so far to take Ukraine, let alone hold the country, he said.

“They may eventually destroy and thus ‘take’ much of the country but lose the war, but that is by no means certain,” Petraeus said. “Just taking Kyiv, which is over 320 square miles, will be exceedingly difficult. There’s nowhere near enough boots on the ground to control a country the size of Texas with a larger population than Texas — and a population that now universally hates the Russians.”