“The reindeer were pack animals ... It makes perfect sense.” 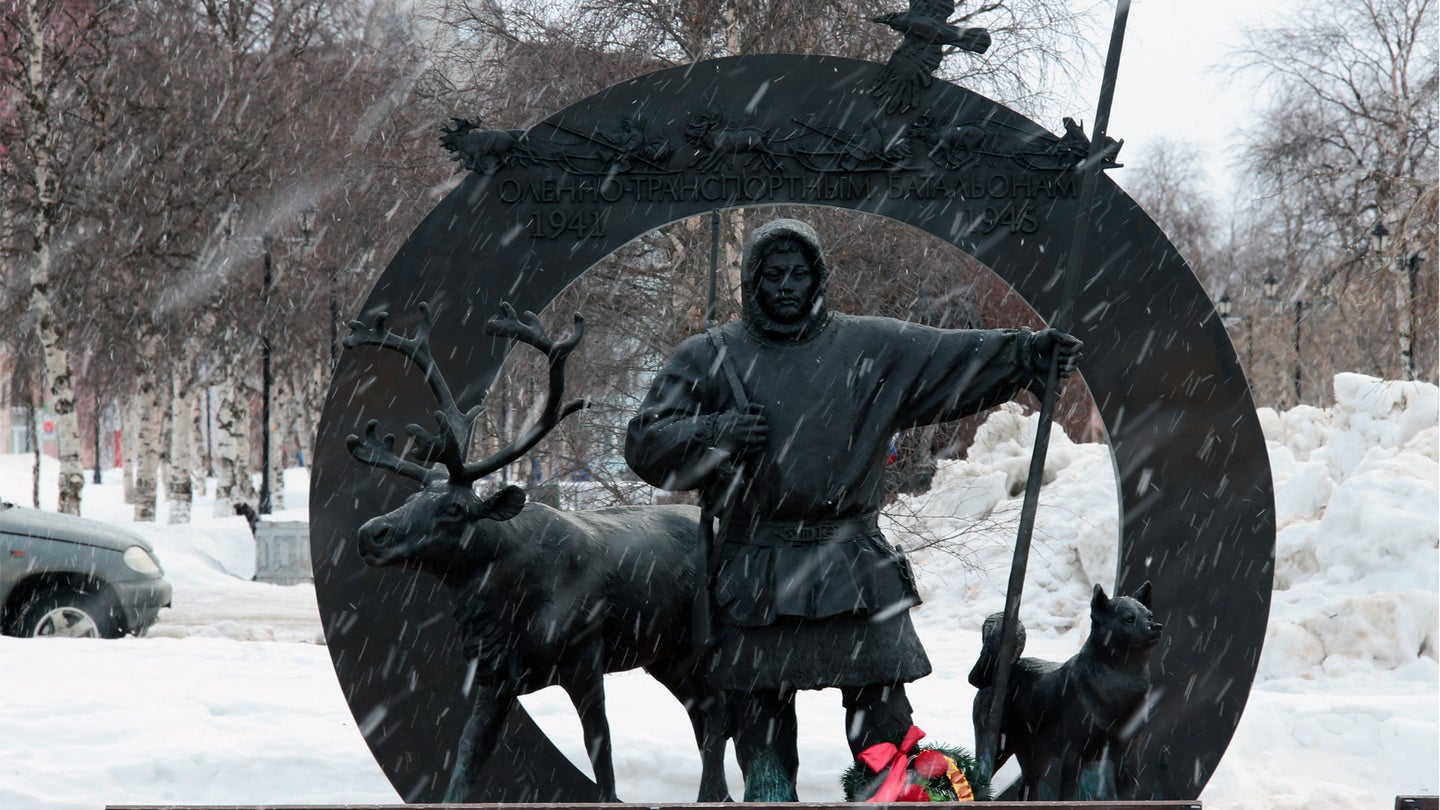 Everyone made sacrifices during World War II in order to defeat Nazi Germany — and it appears ‘ol St. Nicholas was no exception.

Roughly 1,000 indigenous reindeer herders and 6,000 reindeer “were pressed into service” with the Soviet Army between 1941 and 1944 against Germany, according to the Anchorage Daily News.

“The majority of ground combat in Europe among the Axis — and certainly the Soviets — was done with infantry on the ground using horses and donkeys,” U.S. Naval Historian Tim Francis told NPR in 2011. “And in the north, it would be reindeer.”

Reindeer herders’ skills were “highly valued” during World War II, a research article published by the Arctic Institute of North America said. The reindeer were primarily used to help transport war supplies through a “crucial supply route,” after they arrived in the Russian port city of Murmansk from North America, according to NPR.

Almost 25% of supplies made in North America were “shipped across the Arctic to America’s Soviet allies in the war,” NPR reported. The supply route was “under constant siege” from German planes flying out of Norway, battleships, or German U-boats. Still, if the supplies made it all the way to Murmansk, they needed to be transported to troops.

“The reindeer were pack animals,” Francis said. “Anything that would work to get stuff to places where people could use it. It makes perfect sense.”

While Russia may have used reindeer in greater numbers than other countries and for the specific purpose of logistics, they were not alone in their use of the wartime animals; Finnish soldiers fielded them as well, and even used them against Russian forces during the Winter War — a bloody border fight between the neighboring countries that began in 1939 and ended in 1940. Indeed, there’s a wealth of photos showing Finnish soldiers alongside their reindeer, so many in fact that during a World War II Victory Day celebration in the Russian city of Usinsk, officials mistakenly used a photo of a Finnish soldier with a reindeer to celebrate their own troops.

Among Russia’s forces, the reindeer and their herders served a number of jobs during World War II, including acting as couriers, towing disabled equipment, and “even conducted covert missions behind enemy lines,” according to the Anchorage Daily News.

It was “the world’s only reindeer transport battalion,” according to a report from the Barents Observer, an online news organization covering the Arctic. The reindeer were so critical, in fact, that the Russian town of Naryan-Mar created a memorial in 2012 in honor of the reindeer herders who fought in the war, Barents Observer reported.

In fact, the reindeer were so prized as pack animals that a Russian admiral in the Arctic Circle once gifted one of them to a British submarine commander after hearing the latter complain that his wife was having trouble pushing their child’s stroller through the snow in England, according to the BBC. That reindeer was subsequently loaded onto the HMS Trident, a British T class submarine, via the torpedo tube, and travelled with the crew — sleeping in the captain’s cabin — on their journey back to the United Kingdom.

It wouldn’t be the first time a military used a specific animal for their unique skill set, lest we forget the U.S. Army Camel Corps. Created in the mid-19th century, the Camel Corps helped conquer the American West, but it didn’t last — some of the camels were mistreated, and others were set loose or sold at public auction.

Reindeer did not fare so well either. Their wartime service during World War II led to the number of reindeer falling “dramatically” between 1939 and 1945, according to the Arctic Institute of North America’s research. Around 220,000 reindeer were killed in order to provide food alone.

“The combined effects of military operations, a labour shortage, an increased number of predators, and difficult weather and snow conditions led to losses of reindeer,” according to the research.

All this is to say, if you come across Rudolph, Dasher, Dancer, Prancer, or Vixen this holiday season, please thank them for their service.