A Simple Guide To Naming Your Military Operation, According To Winston Churchill

What’s the most ridiculous U.S. military operation codename you’ve ever come across? Is it the dank-as-hell Operation Juniper Cobra? Or... 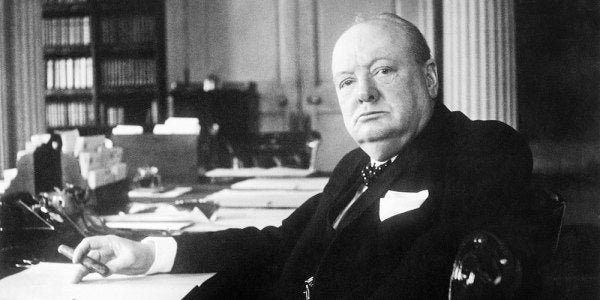 What’s the most ridiculous U.S. military operation codename you’ve ever come across? Is it the dank-as-hell Operation Juniper Cobra? Or the ever-so-suggestive Operation Viking Snatch? Or the naively optimistic Operation Iraqi Freedom? Well, take it from me: No matter how cool your badass covert op sounds in that recurring dream where you’re wielding dual M249 SAWs atop a bald eagle as your swoop down to immolate an ISIS commander, its name sounds horrible in real life — and usually even worse in retrospect.

Luckily, that’s where Winston Churchill comes in. During his first stint as British prime minister during World War II, the former army officer and legendary roastmaster sent a memo to Gen. Hastings Ismay (the future inaugural secretary general of NATO) regarding the appropriate nomenclature for covert military operations. The core principle is simple: Don’t be an ass.

“Operations in which large numbers of men may lose their lives ought not to be described by code-words which imply a boastful and overconfident sentiment, such as ’Triumphant,’ or, conversely, which are calculated to invest the plan with an air of despondency, such as… ‘Massacre,’” Churchill wrote. “Intelligent thought will readily supply an unlimited number of well-sounding names which do not suggest the character of the operation or disparage it in any way and do not enable some widow or mother to say that her son was killed in an operation called ‘Bunnyhug’ or ‘Ballyhoo.’”

The note appeared years later in the text of Closing The Ring, a 1951 volume in Churchill’s sprawling history of the worst war in world history. According to MuckRock, the letter ended up in the CIA archives as part of a memo from then-CIA deputy director Allen Dulles to his fellow agency cohorts. You can read the full copy below: