Why The Military Is Moving On From The M16

The M16A4 may soon retire. This week, the Marine Corps announced via internal memo that the M4 carbine will become... 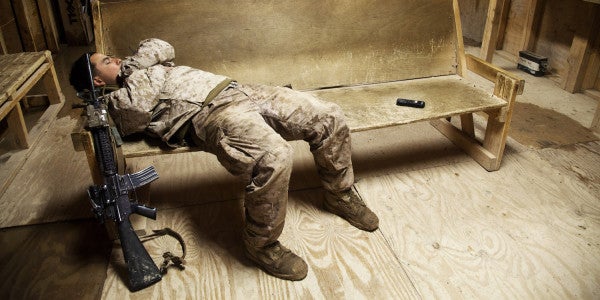 The M16A4 may soon retire. This week, the Marine Corps announced via internal memo that the M4 carbine will become the primary-issued rifle in infantry and security units, as well as replace the M16 rifle in supporting training schools by September 2016. Commandant of the Marine Corps Gen. Robert Neller approved the change, which was first proposed to the previous commandant, Gen. Robert Dunford, according to Marine Corps Times. This decision falls in line with the Army’s phased transition away from the M16 over the past few years. The M16A4 is on the outs simply because it is outdated, and here’s why:

The fixed stock is a holdover from Cold War-era weapons design that doesn’t fit with other changes in training and equipment. The M4 retractable stock allows for an adjustable length of pull, helping troops with different body types to maintain good shooting fundamentals when they shoulder their weapon. The increasing use of body armor has underscored this, as comfortable length of pulls change once one dons a plate carrier or other protective system. Finally, the M4’s stock makes it easier to stow for transport; this is an important feature for vehicle and aircraft operations.

One of the biggest differences between the M4 and the M16A4 is the barrel length: 14.5 inches versus 20 inches, respectively. The M16A4’s longer barrel allowed for a higher muzzle velocity and a longer effective range; conversely the shorter M4 barrel limited its performance in both categories. But improvements in ammunition design have enabled the M4 to close the gap with its longer forefather. The Marine Corps adopted a new 62-grain, 5.56×45 mm Special Operations Science and Technology round. The SOST round is designed to perform out of barrels as short as 10.5 inches, so the M4 has no difficulty shooting out to the extreme end of effective range, negating the advantage of the long M16A4 barrel.

As a shorter weapon, the M4 naturally weighs less than the M16A4. At the time of the M4’s introduction in 1994, the weight difference was not that different between the two weapons. But the advent of modular rail accessory systems and the growing use of optics over iron sights added more weight. The long length of the M16A4’s rail systems adds a great deal of weight for little benefit; most of the rail space goes unused. The M4 rail mounts the same requisite accessories as the M16A4 with a significant weight savings.

The M16A4’s three-round burst fire mode originated in post-Vietnam studies that recommended the feature in order to promote ammo conservation during combat, reasoning that the first three rounds fired in any automatic burst were the most likely to strike a target. The M16A2 incorporated a cam-based burst feature in the early 1980s, and the M16A4 features it as well. Versions of the M4 also have burst mode. But today, three-round burst is not really necessary. Current training emphasizes semi-automatic fire in most situations, so the impetus behind the burst function is moot. The cam system also gives the M16A4 a sloppy, inconsistent trigger pull even while in semi-auto mode. This fundamentally impedes good marksmanship. Some versions of the M4 feature burst as well; the Marine Corps has made no announcement on whether it is converting to the special operations M4A1, but it’s possible the Corps will follow the Army’s example and do so.

The M16 lacks maneuverability compared to the M4 and other weapons.

A large part of why the M4 carbine is popular with troops is its overall maneuverability in close quarters. Many of the aforementioned features of the M16A4 make it difficult to manipulate inside structures and during vehicle operations — two environments that have dominated the wars in Iraq and Afghanistan. Even some new weapons with longer lengths than the M4, like the 16-inch barrel of the Marine M27 Infantry Automatic Rifle, still beat out the M16A4 because of features like collapsible stocks and lighter rail systems. The bulky ergonomics of the M16A4 can force troops to compromise their close-quarters battle techniques in order to maneuver the weapon effectively; ultimately a poor tradeoff.

The M16A4 is not completely gone; it will remain in the armories of some training and non-combat units in the Army and Marine Corps. It’s also possible that surplus rifles may be modified for other roles, such as designated marksmen rifles. But the ubiquitous name of the M16 in modern culture will likely be replaced by ‘M4’ when referring to America’s premier infantry weapon.