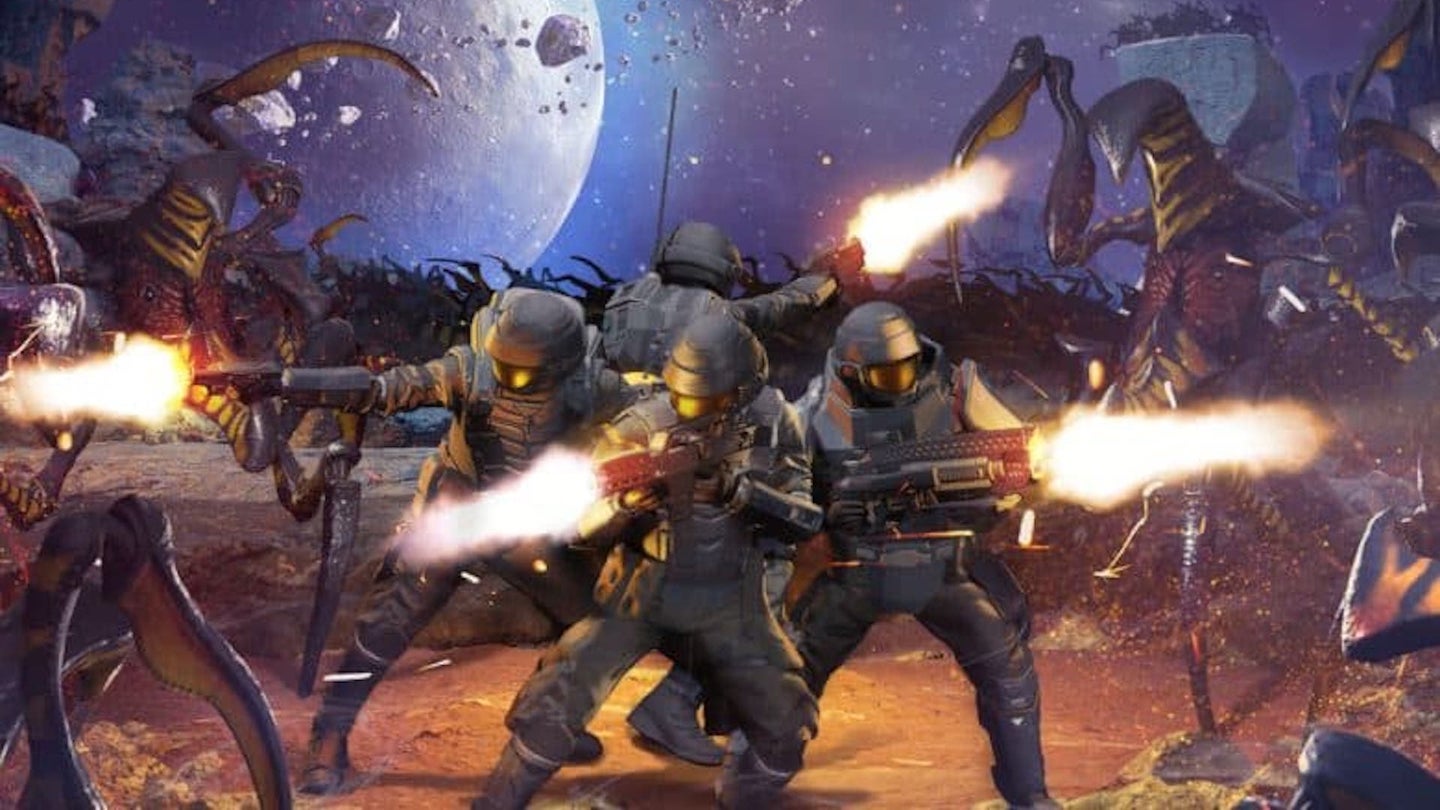 Brace yourselves: the Mobile Infantry of Starship Troopers are coming to the small screen in a new tactical first-person shooter video game set to see release next year.

“Starship Troopers: Extermination is a co-op FPS that puts you on the far-off front lines of an all-out battle against the Bugs,” according to Offworld Industries. “Squad up, grab your rifle, and do your part as an elite Deep Space Vanguard Trooper set to take back planets claimed by the Arachnid threat!”

The teaser for the game, unveiled around the 25th anniversary of the release of Verhoeven’s film, is light on details, featuring footage of arachnids traversing a desert landscape before being obliterated by an explosion and smashing to the classic Federal News Network text from the movie: Would You Like To Know More? (The answer, obviously, is yes).

But brief snippets of footage of gameplay from Extermination show a combination of combat, support, and defense roles, with some players tasked with gathering critical resources and shoring up base fortifications with walls, sentry towers, and ammo depots. And yes, some of the firearms used in the game do appear to be variations on the beloved fictional Morita family of assault rifles from the original movie.

The game “will have a class progression system where you can unlock new weapons, equipment, and perks for each class to become an elite warfighter among the Deep Space Vanguard,” according to Venturebeat. “Five unique bug types will be present at Early Access launch, including Drone, Warrior, Gunner, Plasma Grenadier, and Tiger Elite enemy bugs during planetside missions.”

Unfortunately, since this game is based on the Verhoeven movie and not Robert Heinlein’s 1959 original novel, you probably can’t expect too much powered armor in the game. That means no Y-rack on your shoulders launching two small H. E. bombs a couple of hundred yards each way to your right and left flanks every time you land from a rocket-assisted leap across the battlefield.

As Polygon notes, there have only been a smattering of Starship Troopers-inspired video games since Verhoeven’s action-packed sci-fi satire hit theaters 25 years ago, most notably the 2005 first-person shooter Starship Troopers and, more recently, the Starship Troopers: Terran Command real-time strategy game that dropped earlier this year.

But given the hype and success around Squad — which our own Chris Cappy once called “better than Battlefield and Call of Duty put together” — we can likely expect great things from Offworld Industries’ stab at bringing the war against the arachnids into your home.