Why is the military hosting a basketball game on an aircraft carrier? 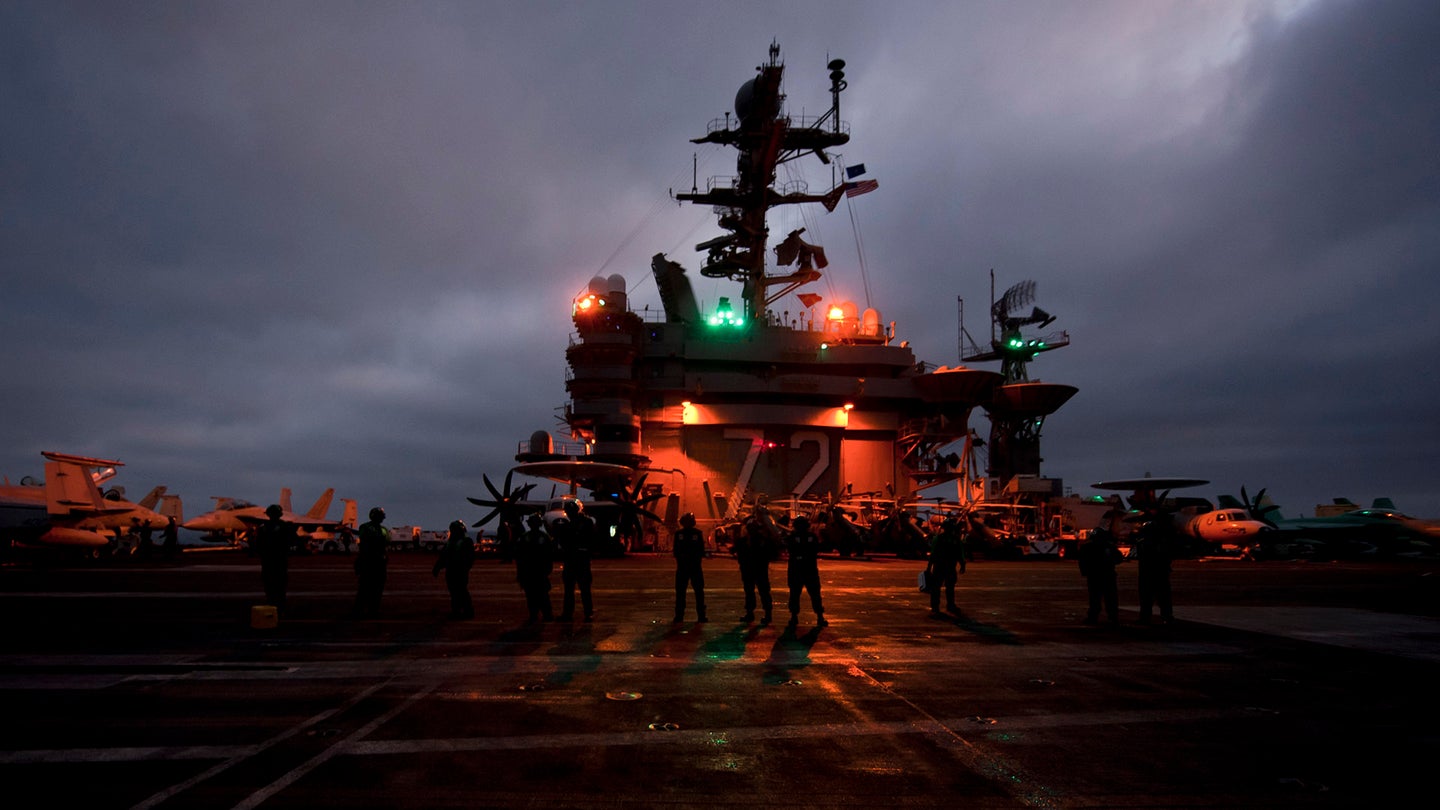 Aircraft carriers are good for a lot of things. First and foremost there’s launching fighter jets into combat. Then there’s the force projection a carrier and its escort fleet bring to geopolitics. They’re even great for triumphant handshakes between rival fighter pilots after going into combat against “the enemy.” But basketball?

Seriously, who would even think about holding a college basketball game on top of an aircraft carrier?

Apparently the Pentagon would think about holding a college basketball game on top of an aircraft carrier. The service is officially reviving the Armed Forces Classic after skipping 2020 and 2021, with Gonzaga and Michigan State’s men’s basketball teams facing off onboard the USS Abraham Lincoln for Veterans Day.

The Nov. 11 game is the first one to be held on an aircraft carrier deck in a decade. Gonzaga and Michigan State will be only the sixth ever college basketball game played on such a ship. The Armed Forces Classic only started in 2012. A similar match up, the Carrier Classic, hosted games on carriers in 2011 (the inaugural event on the USS Carl Vinson) and 2012, but ended after that year, and until 2022, so did games on carriers.

The actual game set up has a lot of challenges. A flight deck is a much different surface than a regulation basketball court. As people noted after the 2012 Carrier Classic, past games have had incidents of players slipping or being interrupted by the wind, because again, they’re playing basketball outside on an aircraft carrier. Condensation on the deck caused delays and risked player injury. Even on non-carrier games there have been issues; the 2015 Armed Forces Classic at Marine Corps Base Smedley D. Butler in Japan had to be canceled at halftime due to seriously poor weather (it did not count for either teams’ records). Gonzaga was one of the teams at the 2015 game, so this is a chance for the Bulldogs to try and make up for that unfinished match. This year’s game will have the USS Abraham Lincoln at San Diego, so weather shouldn’t be a huge concern, but surely there are other places besides an aircraft carrier to play basketball. Right?

The other question is what does this do for the sailors on the ship? Presumably some will be able to watch the game, but it’s extra set up and work for the crew. The Navy is already facing serious morale issues across the service, desertions, suicide and there’s been an ongoing firing spree of commanders. Gonzaga versus Michigan State is sure to be a good game of basketball but it won’t address sailors’ serious concerns.

Also, if someone gets a game winning slam dunk, will they try to buzz the tower on foot to celebrate?