A Taliban leader offered the US control of Kabul during the evacuation. Here’s why a top US general said no

'It wasn’t a serious offer.' 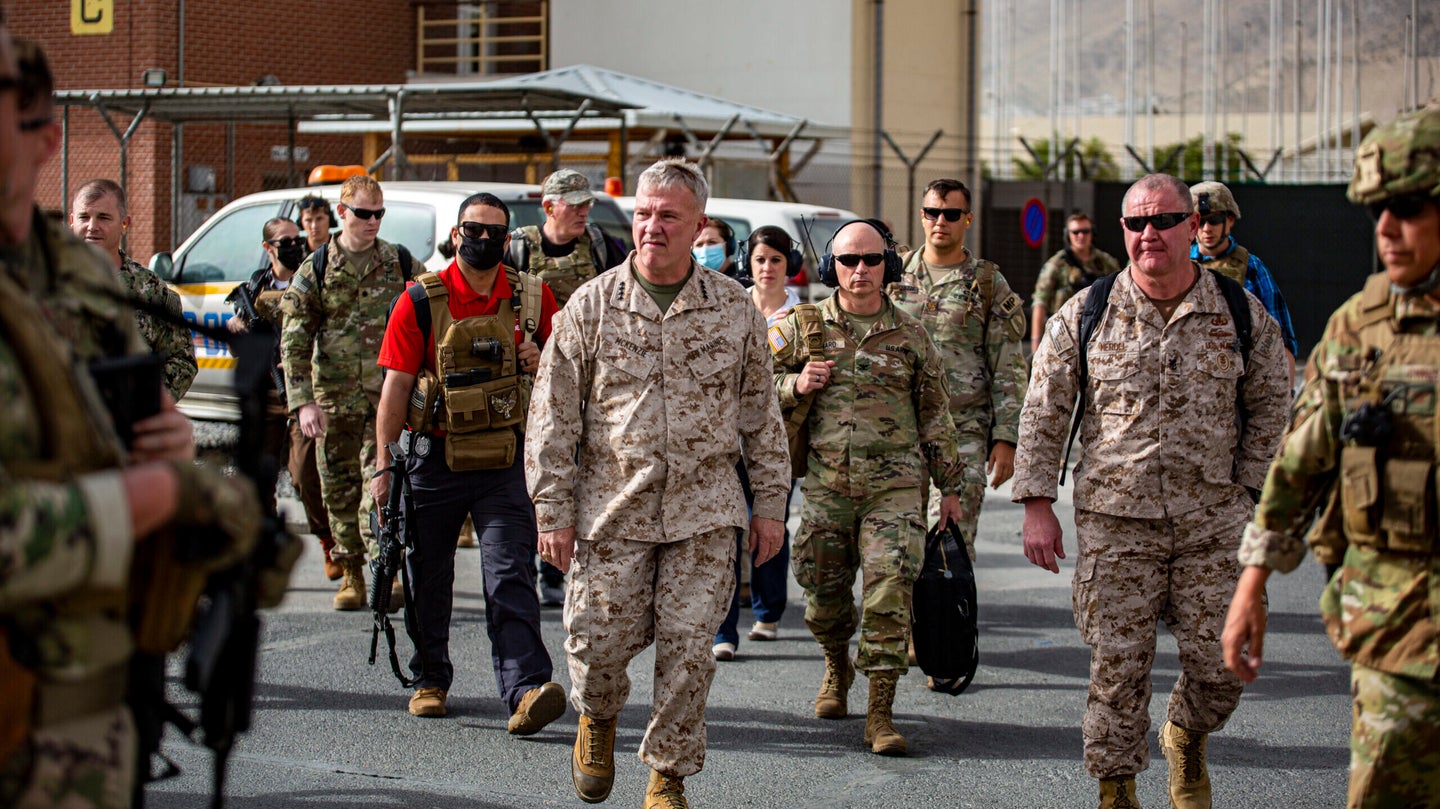 In August 2021, Kabul’s international airport became the focal point for the nightmarish rescue of thousands of Afghans and foreigners from the Taliban’s clutches. Afghans who got past the gauntlet of Taliban checkpoints still faced enormous crowds outside the airport’s gates, where they risked being trampled or crushed.

The Marines and other U.S. service members rushed to Kabul to secure Hamid Karzai International Airport and control the flow of refugees streaming in were placed at Abbey Gate in a position that was horrifically vulnerable. Ultimately, a suicide bomber struck on Aug. 26, taking the lives of 13 American troops and more than 170 Afghans.

Looking back at those awful two weeks, one question that remains unresolved is whether most of the horrors of the evacuation could have been avoided if the U.S. military had assumed responsibility for the security of all of Kabul, rather than just the airport.

“We have a problem,” Baradar reportedly told McKenzie. “We have two options to deal with it: You [the United States military] take responsibility for securing Kabul or you have to allow us to do it.”

McKenzie reportedly told Baradar that the United States needed Hamid Karzai International Airport for its evacuation efforts, so the two agreed the U.S. military would control the airport and the Taliban would rule the rest of Kabul.

Journalist and author George Packer later argued in a commentary for The Atlantic that the meeting between McKenzie and Bandar “would contribute to making the evacuation the nightmare that it became.”

An unnamed foreign senior military officer told Packer that McKenzie had made a strategic mistake by allowing the Taliban to control all of Kabul city beyond the airport’s gates.

“The Taliban were willing to let us do all that was necessary to control the terrain to get out,” the officer said. “When you consciously choose that the terrain you control is the fence line of the airport, you give up a lot of your prerogatives, and you permit yourself to be quite vulnerable to infiltration by suicide bombers.”

On Friday, Task & Purpose shared Packer’s observations with McKenzie and asked if he should have asked the Taliban to be able to control all of Kabul instead of just the airport.

“Absolutely not,” McKenzie said during a Pentagon news conference. “I categorically reject that idea, and I’ll tell you why. First of all: It wasn’t a serious offer. It was an off-the-cuff offer from Baradar – and as we can see now, with the fullness of hindsight – he does not actually tend to speak for the hardliners in the Taliban. I don’t believe he would have been able to deliver that, even if he had intended it to be a serious offer. No. 1.”

“No. 2: If we had gone in to do that mission, it would have required the introduction of vastly more U.S. combat power – at least a division with enabling elements from a corps in order to conduct that mission,” McKenzie continued. “The Taliban would never have stood for that.”

“So, I reject that completely,” he said. “I think it’s a complete misreading and a misunderstanding of the situation.”

To put McKenzie’s answer in context, it’s important to remember the situation inside Kabul when the government collapsed on Aug. 15. The Taliban’s offensive had captured all of Afghanistan’s major cities in just 11 days. The Pentagon had announced on Aug. 13 that it was sending more troops to secure Kabul’s airport, and those forces had just begun arriving when the capital fell two days later.

About 5,000 U.S. service members were ultimately dispatched to Kabul for the evacuation. That is far short of the division – roughly 20,000 service members – that McKenzie said would have been required to secure the capital.

The Taliban, meanwhile, showed no signs that it intended to allow Kabul to remain outside of its grasp. After initially claiming on Aug. 15 that it would allow the Afghan government to retain control over the city, the Taliban announced later that day it was moving into Kabul under the pretense of preventing looting and lawlessness.

McKenzie told reporters on Friday that he constantly thinks about last August and the 13 U.S. service members killed at Abbey Gate. While the U.S. military was able to stop other attacks, they could not prevent the Aug. 26 suicide bombing “and I regret that,” he said.

“The battlefield is a dynamic place,” McKenzie said. “It is not a business plan. It is a contest of wills. It is a contest of plans, where unpredictability [and] friction dominate. We stopped a number of attacks. We were not able to stop this attack. I don’t know what we could have done that would have prevented this particular attack.”

“For those family members who’ve lost a child, a loved one there: My heart breaks for them and I feel their pain,” he continued. “I understand that. My son went to war twice. He came back, but I can imagine the effect on me had not come back. So, I know exactly the tremendous pain these families must feel.”