No, the solution isn't pockets 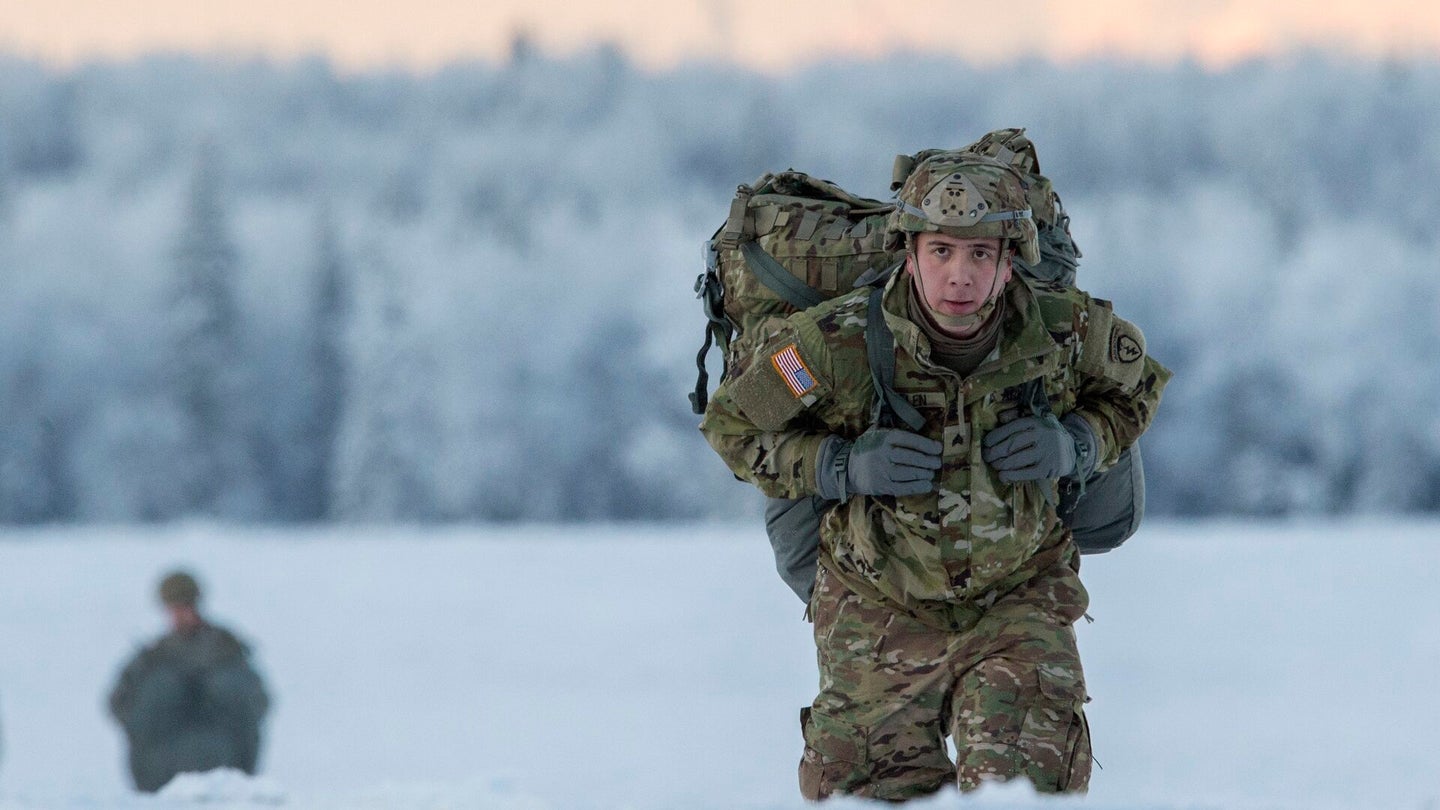 Hands and feet. Some of the most essential extremities to fighting on the battlefield, and keeping them warm and dextrous has to be a priority in any cold-weather environment.

While generations of soldiers have toiled under regulations that forbid the use of pockets, or even gloves, a solution is in the works. And no, the solution is not to let you put your hands in your pockets or put on your warmest pair of non-issue gloves when it’s cold.

“Our previous research has shown that warming the forearm increases hand and finger temperatures significantly,” said Dr. John Castellani, a USARIEM research physiologist in a release last May. “The result is that soldiers can have improved hand dexterity.”

Castellani also noted in 2018 that 80 years of research have gone into the concept of stimulating blood flow to combat cold temperatures, presumably with 80 years of sergeants major nodding approvingly at the scientific method being applied to prevent a soldier’s hands from becoming ensconced in a uniform pocket.

A prototype of the forearm heating device is slated for testing with troops from the Alaska Army National Guard this month during exercise Arctic Eagle 2022. And extending this heating technology to the feet is next on the docket at USARIEM, something the Airmen at Minot Air Force Base might appreciate.

“Cold weather operations can significantly decrease a Soldier’s foot and toe temperatures, impacting their gait, reducing their mobility, making them less lethal and putting them at risk for peripheral cold injuries,” Castellani told Military Times. “Our team is developing a foot-warming device over the next 3-5 years to solve this issue.”

Jokes about hands in pockets aside, fighting in freezing conditions has always been tough.

“During World War II and Korea, the number of Soldiers incapacitated due to cold weather injuries was staggering,” Col. (Ret.) Joseph McKeon, M.D said in an Army statement in Dec. 2021. “Lt. Col. (Dr.) Kenneth Orr reported in 1954 that the number of hospitalization days due to cold injuries in those two conflicts was more than 3 million! Imagine our entire Army being hospitalized for more than a week.”

And equipping soldiers to fight in Arctic conditions is an increasing concern.  It may well be the next region to see conflict, and U.S. forces are increasingly training to operate in such an environment. Norway, one of the few NATO countries that share a border with Russia in the Arctic, has even begun recycling socks and underwear to meet its operational requirements in the far north.

In the interim, service members are encouraged to keep their hands out of their pockets, stick to regulation gloves and remain ready to deploy the knife hand when needed.