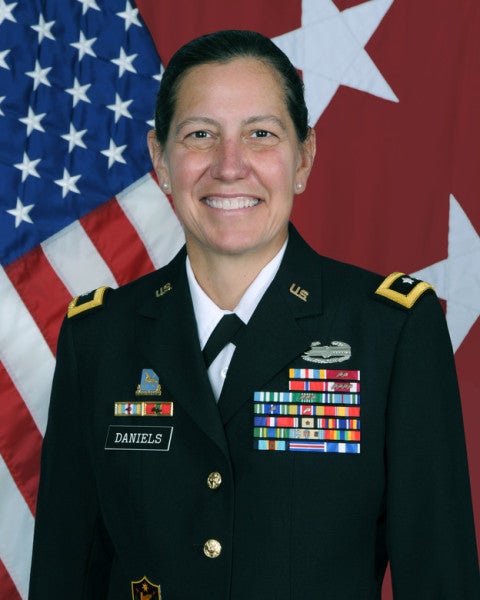 For the first time in U.S. military history, a woman has been confirmed as the commanding general of the Army Reserve.

The Senate has confirmed that Maj. Gen. Jody J. Daniels will be promoted to lieutenant general and assigned as the chief of the Army Reserve and commanding general of the U.S. Army Reserve Command, the service announced in a press release on Wednesday.

Daniels was previously the commanding general of the 88th Readiness Division.

Daniels has over 36 years of active and reserve military experience, having deployed to Iraq as the chief of plans and integrations and later served as the the director of intelligence for the Multi-National Security Transition Command-Iraq. She also completed a civil affairs deployment to Kosovo.

As a civilian, Daniels was the director of advanced programs for Lockheed Martin's Advanced Technology Laboratories, the Army Reserve release says.

“Jody is smart, experienced, approachable and is a gifted leader,” Quantock said. “Really happy to see her break another glass ceiling as the Chief of the Army Reserve. She'll be fantastic.”