After the Army’s Dugway Proving Ground in Utah mistakenly shipped live anthrax to hundreds other labs for more than a... 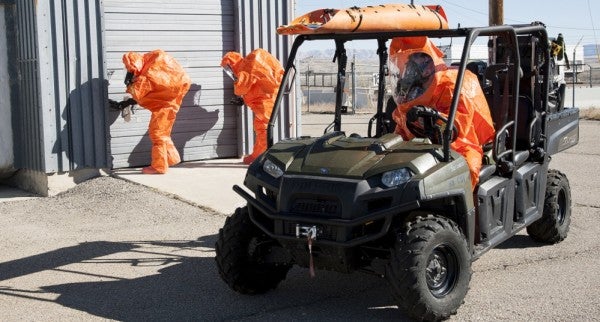 After the Army’s Dugway Proving Ground in Utah mistakenly shipped live anthrax to hundreds other labs for more than a decade, a report made available to USA Today reveals that a “culture of complacency” among the facility’s leadership was to blame.

The brigadier general who oversaw the bio-defense lab is among a dozen others facing disciplinary action.

This report is the most recent examination into the accidental shipment of live anthrax from Dugway to nearly 200 private, academic, and federal labs. The live anthrax was shipped to all 50 states and nine foreign countries.

According to USA Today, the Army's accountability investigation report found that “top officials” at the facility had “multiple warning signs of scientific and safety problems,” yet failed to take action despite incidents between 2007 and 2011 involving anthrax, VX chemical nerve agent, and poisonous botulinum neurotoxin A.

Related: The cash, bribery, and prostitution scandal that continues to haunt the Navy.

This is not the first time that Dugway Proving Grounds has been embroiled in scandal over procedural missteps regarding dangerous materials. The Daily Beast explored the installation’s history of “f-ing around” with explosives in a July 2015 report.

The most recent review singled out Brig. Gen. William E. King IV, who was in command at Dugway from July 2009 to 2011, according to USA Today. King was promoted to his current rank after leaving Dugway and now oversees the Army’s 20th Chemical, Biological, Radiological, Nuclear, Explosive Command at Aberdeen Proving Ground in Maryland.

According to USA Today, the report notes that “Colonel King repeatedly deflected blame and minimized the severity of incidents,” and that “even now, Brigadier General King lacks introspection and fails to recognize the scope and severity of the incidents that occurred during his command at (Dugway).”

In a statement to USA TODAY, King said he couldn't comment on the ongoing investigation, but that the safety of soldiers, families and the local community are of “utmost importance” and he supports efforts to address scientific and technical gaps associated with the safe handling of dangerous materials.