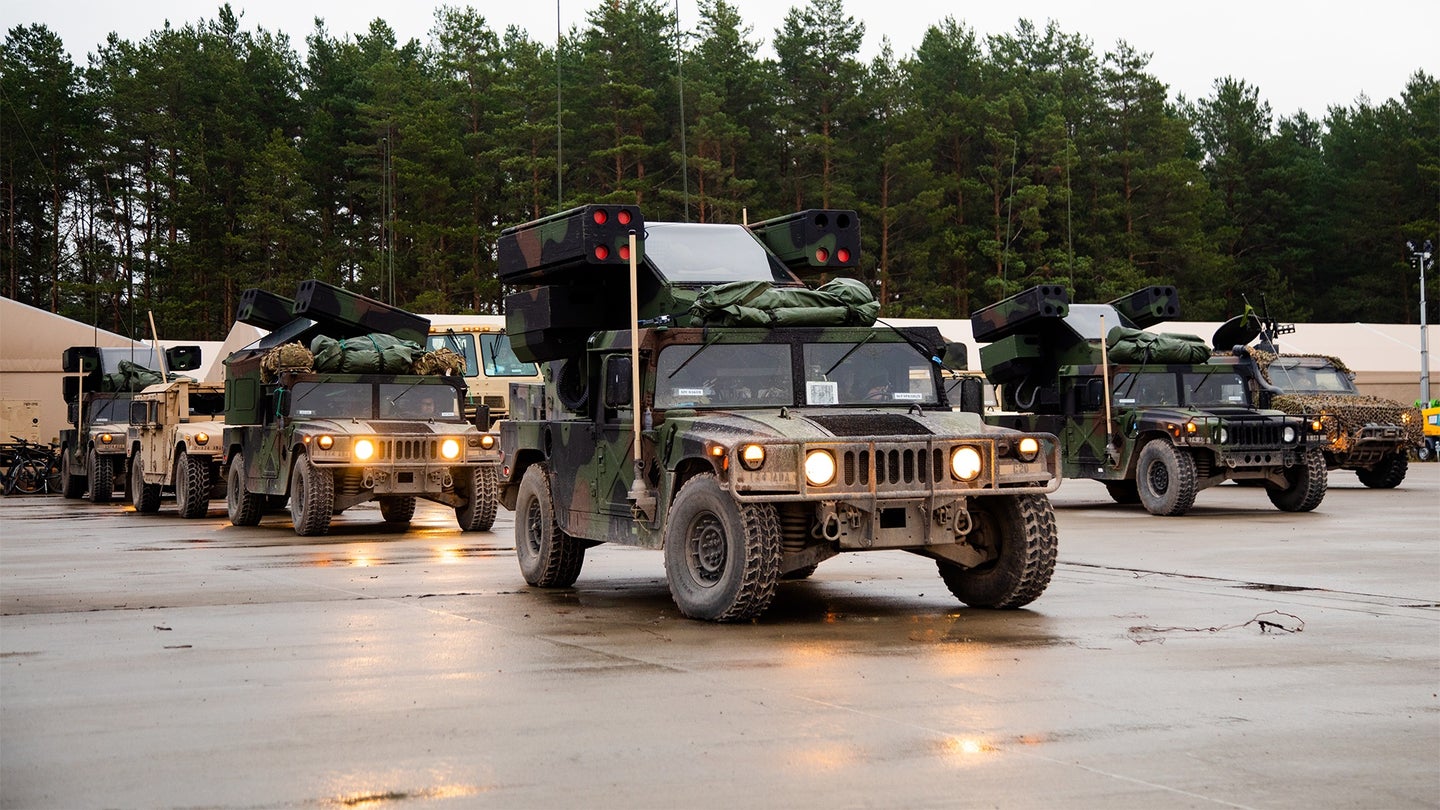 The latest Defense Department security assistance package to Ukraine includes $400 million in armaments, from thousands of artillery rounds and ammunition for the High Mobility Rocket Systems (or HIMARS) to a brand new addition to the Washington-to-Kyiv weapons pipeline: Avenger air defense systems.

While currently limited to just four systems, the new security assistance package marks the first time the Avenger will be available to Ukraine’s defense forces since the start of the Russian invasion in February.

The Boeing AN/TWQ-1 Avenger Air Defense System is a short-range system consisting of two four-round Stinger missile pods and an M3P .50 caliber machine gun, along with a forward-looking infrared and laser range finder. It’s normally mounted on a Humvee, but the turret can theoretically be dismounted and fired from any position.

The Avenger uses the AN/MPQ-64 Sentinel radar and Stinger missiles, both of which are already in use by Ukraine. The Stinger, in its man-portable form, has already been used to great effect by the Ukrainian military in deterring the Russian Air Force.

“[W]e continue to see the Russians wary of venturing into Ukrainian air space at all and if they do, they don’t stay long,” a senior U.S. defense official said on May 10. “I think that says — that speaks volumes about how contested the air space is over there.”

First introduced in 1988, the Avenger was traditionally attached to Army divisions.

“In the early 2000s, these ADA units were divested from the Army to meet force demands deemed more critical at that time,” reads a 2020 report from the Congressional Research Service. “Decisionmakers accepted the increased risk that threat aircraft might pose to ground forces and other critical assets because they believed the U.S. Air Force could maintain air superiority.”

Since the mid-2010s, the Army has been reinvesting in short-range air defense units. In addition to being mounted on a Humvee, the 5th Battalion, 4th Air Defense Regiment began testing the Maneuver Short Range Air Defense (M-SHORAD) system – an Avenger mounted on a Styker – in 2020. Earlier this year the 6th Battalion, 56th Air Defense Artillery Regiment was stood up at Fort Hood, Texas as the first M-SHORAD battalion in the Army, part of a plan to return short-range air defense capabilities to Army divisions.

Avengers from the Army National Guard are also deployed to Latvia.