From Tyndall Air Force Base to Camp Lejeune, it's cost the Pentagon billions in repairs, and it's expected to continue. 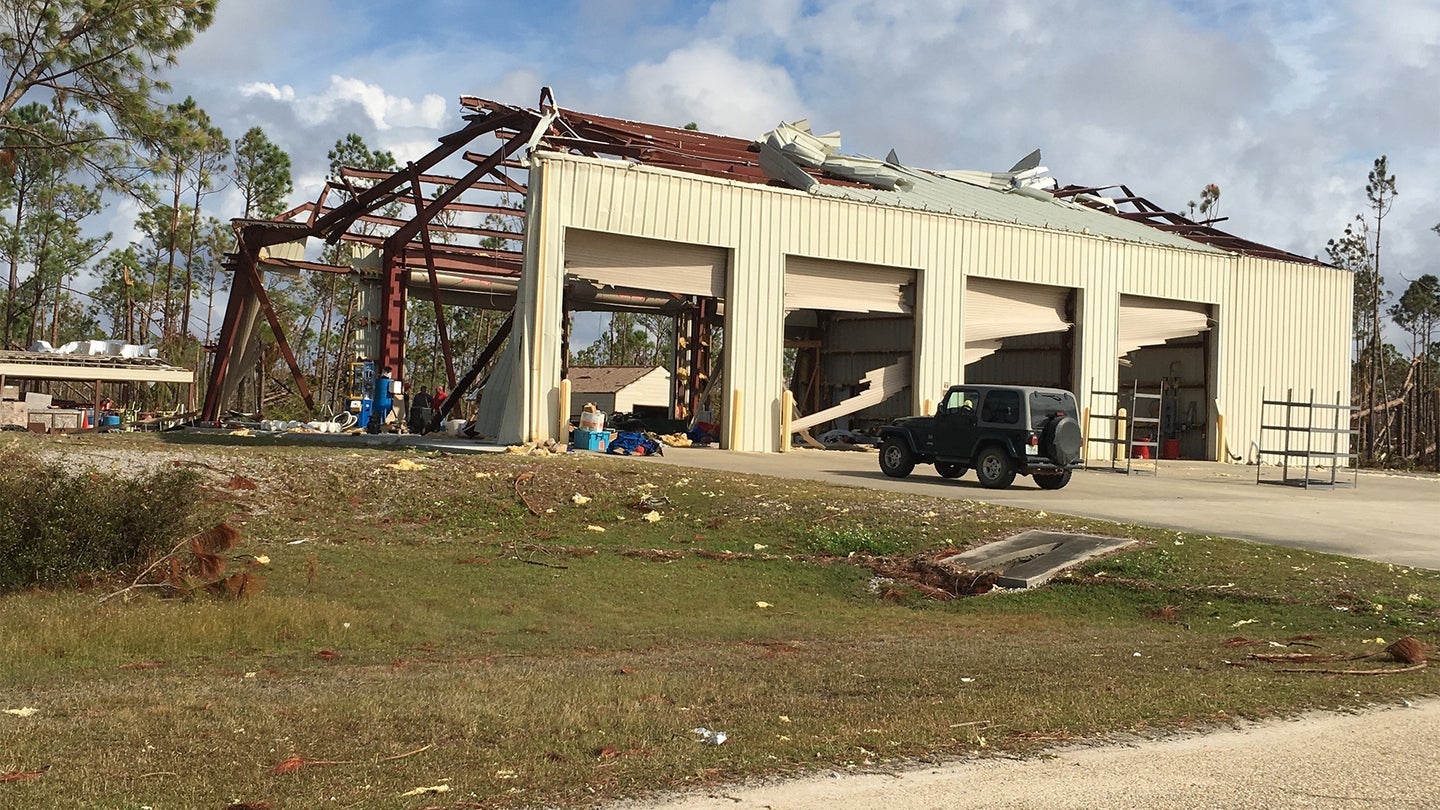 On Oct. 10, 2018, Hurricane Michael made landfall along Florida’s Gulf Coast, having rapidly escalated in severity from a Category 2 to a Category 5 hurricane. Among the communities in its path was Tyndall Air Force Base. The next day, Tyndall’s leadership announced on the base’s Facebook page that it had taken a “direct hit.”

Videos showed extensive damage to the base, from destroyed housing to aircraft in static displays flipped over. Several critical structures suffered “catastrophic” damage. Of the 55 F-22 Raptor stealth fighter jets then stationed at Tyndall, at least 17 were unable to fly and had to remain at the base while the remainder of the fleet disbursed to other air force bases.

The military later assessed $4.7 billion in damage sustained at Tyndall Air Force Base, and it isn’t the only facility that has suffered catastrophic damage from extreme weather events in recent years.

As far back as the 2010 Quadrennial Defense Review, the Department of Defense has identified climate change as a threat to national security and called for reducing the danger posed to its facilities.

In unpublished testimony during his confirmation as Secretary of Defense in 2017, Jim Mattis wrote “I will ensure that the department continues to be prepared to conduct operations today and in the future, and that we are prepared to address the effects of a changing climate on our threat assessments, resources, and readiness.”

While the Navy shut down its climate change task force in March 2019, which was designed to prepare the force for rising sea levels, the costs of extreme weather have continued to take their toll.

In March 2019, record flooding along the Missouri River inundated Offutt Air Force Base in Nebraska, home of U.S. Strategic Command, which oversees the Pentagon’s nuclear strategic deterrence and global strike capabilities. Floodwaters engulfed at least 30 buildings and damaged 30 more, including the headquarters of the 55th Wing, 55th Security Forces Squadron, 97th Intelligence Squadron, and 343rd Reconnaissance Squadron. The cost estimate to repair the damage at Offutt has risen from $420 million to $800 million and might even reach $1.1 billion.

Other facilities are also at risk.

In 2018, a report by the Center for Climate and Security, involving six retired generals and admirals, identified numerous installations, including the aforementioned Camp Lejeune in North Carolina and Camp Pendleton, California, as well as Naval Station Norfolk in Virginia as particularly vulnerable.

“If significant portions of the Hampton Roads infrastructure, including Naval Station Norfolk, were regularly inundated, as is projected under a number of scenarios for the years 2035-2100,” reads the report, “the impediment to force deployments for critical Atlantic, Mediterranean and Pacific war-fighting and humanitarian operations – many of which are tied to the core strategic goals of the United States – would be significant.”

At the beginning of 2019, the Department of Defense published a report on the effects of climate change that identified recurrent flooding, drought, desertification, wildfires and thawing permafrost as the primary concerns at 79 installations.

In January 2021, incoming Secretary of Defense Lloyd Austin announced that the Defense Department would include climate analysis in the National Defense Strategy. “Climate change is going to cost us in resources and readiness,” Joe Bryan, senior climate adviser at the Pentagon, said in July 2021. “The reality is that it already is.”

The Pentagon published its Climate Adaptation Plan in September 2021, which made clear the problem is getting worse. “Extreme weather events are already costing the Department billions of dollars and are degrading mission capabilities,” read the report, adding that “Not adapting to climate change will be even more consequential,” with failure measured by lost military capability and degraded infrastructure among other consequences.

The report also noted that “the majority of climate hazards are not new; however, climate change is altering the frequency, intensity, and location of the hazards, contributing to vulnerability and compounding risks.”