How the US military is waging war on climate change

The Pentagon has no choice but to adapt and learn to operate within a rapidly-changing world. 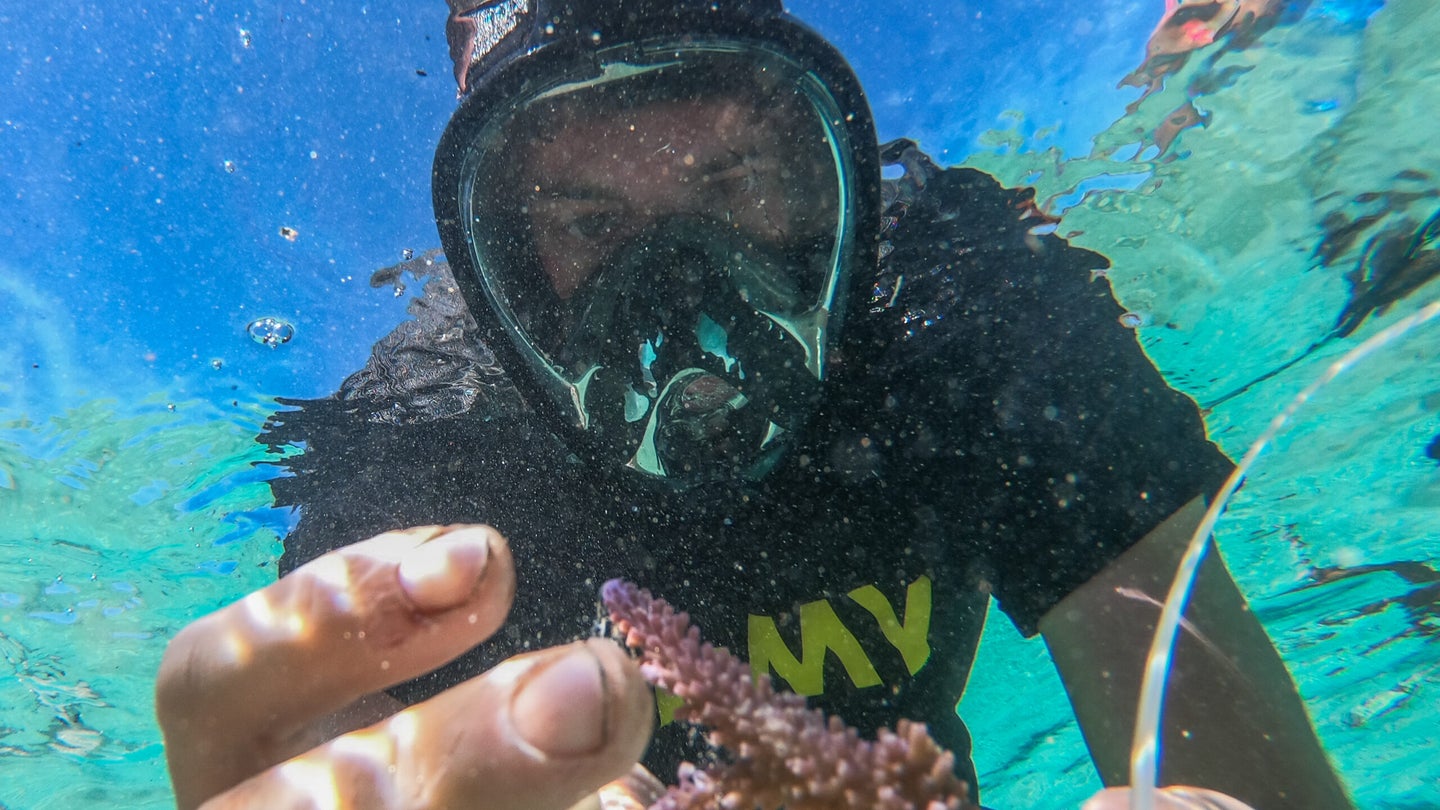 Army 2nd Lt. Michael Fink transplants a piece of healthy coral by fixing it to a steel grate with a cable fastener, during a coastal and reef revitalization project near Nadi, Fiji, Aug. 13, 2019. (Sgt. 1st Class Whitney Houston/US Army).
SHARE

When coastal U.S. military bases are regularly plagued with flooding, extreme storm surges, and lack of clean drinking water in roughly a few decades, humans may still be arguing over whether climate change is real. But that debate doesn’t really matter to the Pentagon: Considering that more than 1,700 of these bases worldwide are at risk from rising sea levels, what to do about it is far more important.

The melting of ice sheets and glaciers and the expansion of water due to rising ocean temperatures have contributed to a rise of 7 to 8 inches in sea level since 1900. While that may sound insignificant, one study of bases on low-lying Pacific atolls found that a 15-inch increase in sea level would cause groundwater to become unusable year-round (among other problems) — bad news for strategic outposts in Guam and the Marshall Islands that will be increasingly important in the face of a Chinese military undergoing a rapid modernization effort.

Meanwhile, according to a recent Department of Defense climate risk analysis, a thawing Arctic will create a “new frontier of geostrategic competition,” primarily with Russia. And stateside damage caused by extreme weather to military barracks, naval shipyards, aircraft hangars, and other critical infrastructure will no doubt cost American taxpayers billions in replacement and repair costs.

“Even with aggressive international and whole-of-government action to mitigate future climate change, many effects to the physical environment are now unavoidable and will continue to shape our security environment,” the DoD analysis says.

Nevertheless, the U.S. military has no choice but to adapt and learn to operate within such a world, which is why Task & Purpose will be exploring these issues during War and Climate Week starting today.

About four years ago, twin hurricanes caused over $8 billion in damage to several U.S. military bases. A “direct hit” on Tyndall Air Force Base in Florida resulted in catastrophic damage to facilities and the loss of 17 F-22 Raptors, a stealthy, expensive aircraft that cannot be replaced in the U.S. inventory. The month before, Marine Corps bases in North Carolina suffered a “gut punch” of destruction from 20 to 30 inches of rain and storm surges up to 13 feet. Max Hauptman will explore these incidents, and explain how extreme weather is costing the military billions in damages — and it’s only getting worse.

Read: Extreme weather is costing the military billions in damages and it’s only getting worse | by Max Hauptman

A warming climate also means more potential for devastating wildfires, and that means more work for Air Force service members, who are regularly tapped to direct firefighting efforts and suppress wildland blazes. David Roza will show us why fighting wildfires can be some of the hardest flying Air Force crews do outside combat.

Read: Why fighting wildfires is the hardest flying Air Force crews do outside combat | by David Roza

Disasters will also put a strain on the National Guard, the “Swiss Army knife” of the Department of Defense that has helped with everything from responding to natural disasters and supporting hospitals during the COVID-19 pandemic to responding to civil unrest, policing the border, and even serving as school bus drivers. Haley Britzky will explain how climate change is likely to wear down the Guard even more.

Finally, Jeff Schogol will shed light on the scope of the U.S. military’s reliance on fossil fuels and why such dependence is likely to pose a long-term threat to national security.

Climate change is a “destabilizing force in the world,” according to the Pentagon. And someday, a young soldier or Marine may be deployed to some far-off land at least in part because of it, perhaps resolving disputes over scarce resources or taking part in humanitarian missions. Is there anything being done in the meantime to adjust and possibly solve it? That is what we’re going to find out.

Welcome to War and Climate Week.

Subscribe to Task & Purpose Today so you won’t miss this series, along with the latest in military news, entertainment, and gear in your inbox daily.