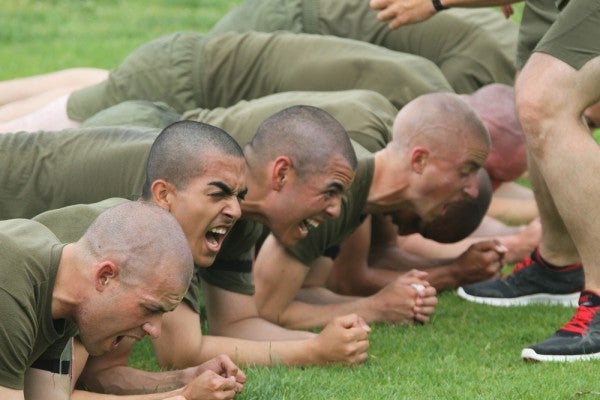 George Hood, a former Marine officer and retired Drug Enforcement Administration agent, broke the world’s record for the longest-held plank on Saturday, holding the uncomfortable pose for five hours, 15 minutes and 15 seconds. Hood’s plank — dubbed “The People’s Plank” — took place during a fundraiser for the Semper Fi Fund, a charity that helps raise money for injured and wounded service members.

“There are injured Marines that come back from the fight, who have suffered life-altering injuries and the discomfort that I feel right now pales in comparison to that which they feel,” said Hood, while holding the abdominal plank position.