“I heard the course was pretty heinous, so I immediately wanted to participate." 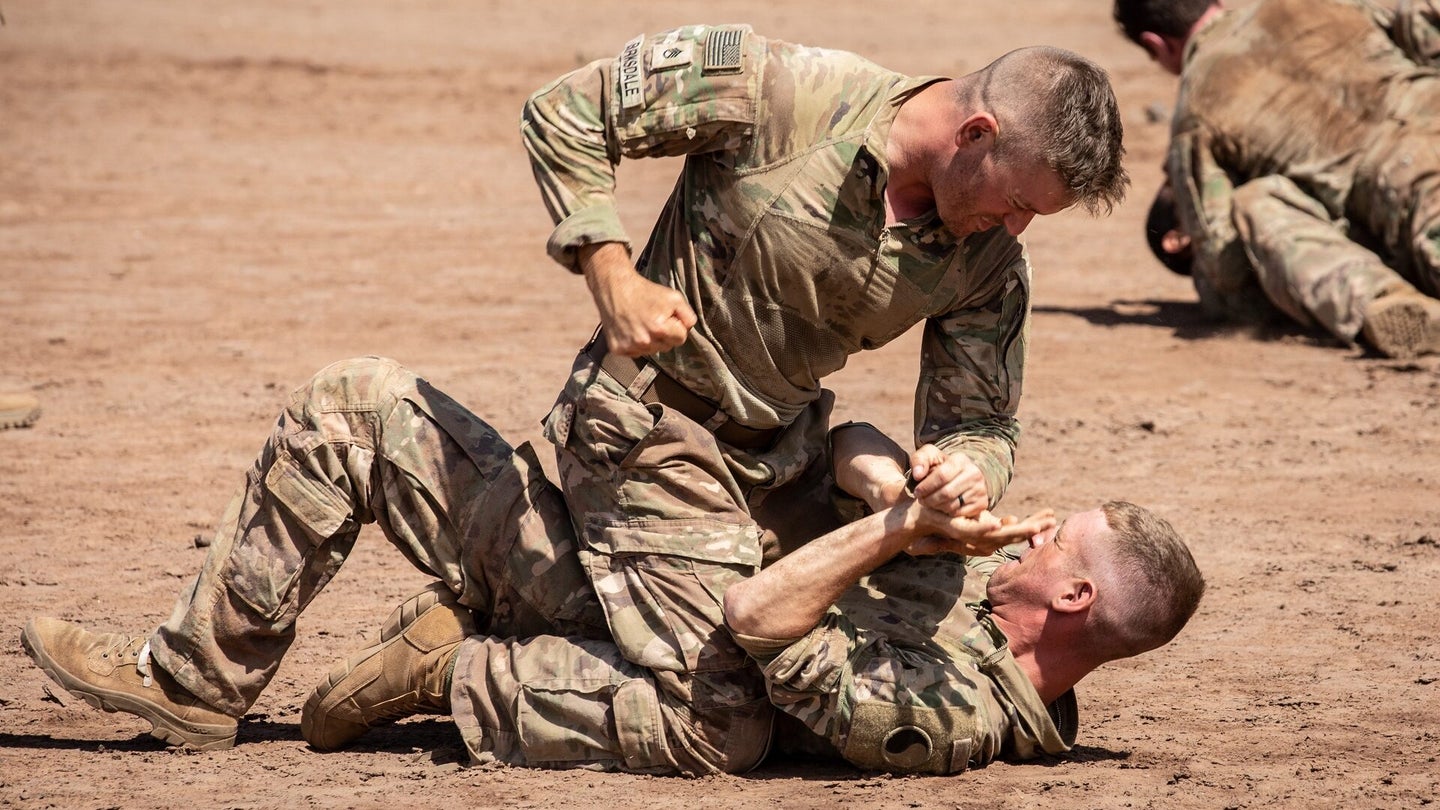 American service members tested their mettle against French standards earlier this spring as part of a desert survival course meant to prepare troops for battle in the high, dry mountains of eastern Africa.

“I heard the course was pretty heinous, so I immediately wanted to participate,” said Tech Sgt. Roy Wollgast, a survival, evasion, resistance and escape (SERE) specialist who completed the course, in a recent press release.

Wollgast was one of several airmen and soldiers assigned to the Combined Joint Task Force-Horn of Africa who went through the four-part commando course in Djibouti from April 5 to May 11. Though the course has been around since 1974, this is only the seventh year Americans from the nearby task force have been invited to take part. The course is no summer camp: participants have to work together to conquer water and mountain obstacle courses, desert infantry tactics and timed runs in the sun. However, one of the toughest parts is actually before the course even starts.

The first of the four phases is a pre-assessment where the U.S. task force makes sure it sends candidates who can complete the course. On April 5, task force members conducted a “ranger physical fitness test,” which included timed push-ups and sit-ups, a rope climb, and a five-mile run. As SERE specialists, Wollgast and his fellow airman, Tech Sgt. Matthew O’Brien, are accustomed to physical hardship. Still, they were struck by how much work their fellow commando course hopefuls from the Virginia Army National Guard, assigned to Task Force Red Dragon, were putting into the pre-assessment.

“I was impressed with the effort that the red dragon folks were putting in,” Wollgast said. “I was honestly a bit intimidated wondering if I got a slot for the next portion at the French base.”

Wollgast and O’Brien made it, but for the second phase of the course, they would have to pass the French pre-assessment. Unlike the U.S. pre-assessment, this one involved a water obstacle course where participants divided into teams of five and worked together to complete it.

“I really enjoyed the water obstacle course because it was a team event,” he said. “Being able to coordinate different pool strategies and feeling the extra pressure of my team relying on me pushed me to do better.”

Once the pre-assessments were over, it was time for the commando phase of the course. The phase involved a mountain obstacle course, knot tying, night obstacle courses, battle maneuver tactics, and other challenges, but most of it was familiar to Wollgast and O’Brien.

“We have a desert survival phase in our training and it was very applicable to this environment,” O’Brien said. “We were able to take care of ourselves and soldiers around us. We made sure they drank water, ate enough calories, and stayed out of the sun as much as possible.”

Parts of the commando phase seemed designed to challenge people with a fear of heights. Participants had to rock climb and crawl along on two ropes suspended over a ravine. But those who made it through still had one more left: the combat phase. Starting on May 5, the combat phase was a five-day exercise where participants practiced infantry tactics all day and stood fire watch in a foxhole by night. It was tiresome work, but participants received a nice touch of uniform candy at the end. The 25 service members who completed the course earned a desert commando badge that they can wear on their dress uniforms. Originally 50 service members had completed the pre-assessment, though the press release did not explain if the other 25 washed out due to the difficulty of the course or were pulled for other reasons.

Still, it sounds like the commando course could benefit many more people than just the participants.

“The FDCC is valuable training,” said Wollgast. “I feel like I know a lot more about the desert and the Horn of Africa as a whole. This training taught me what resources it would take for a real-world mission in the desert.”

Learning new skills and information is part of why U.S. troops find the heat, heights, and hard work of the French desert commando course worthwhile.

“My understanding is that it is a combination of training and testing,” one anonymous Green Beret told Business Insider about the course in March. “Once you go there, you’re pretty much going to graduate if you don’t mess up, and you have the opportunity to learn some very valuable stuff.”